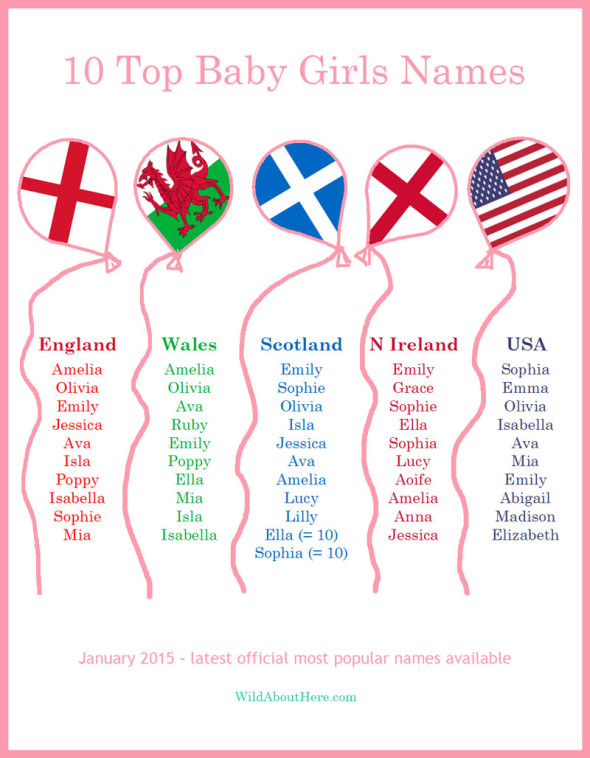 As of January 2015, these are the latest most popular names available from official records of registered births.  The top 10 favourite names were all for 2013 apart from Scotland which has already released provisional data for 2014.

I was quite surprised to see that the girl’s name Emily was in the top 10 favourites in all five countries.  Other popular girls names are Ava, Mia and Olivia.

A great place to look for inspiration is in the lists ranking the top 100 names for girls. Here are some random names from each of the top 100:

The top baby girl names in 2014 for England, Wales, Northern Ireland and USA, won’t be released until late 2015.  Wonder how William, Harry and George are doing as popular names? Then have a look at the January 2015 baby boys names post showing the differences and similarities in the top 10 boys names for these countries.

Previous Post: « 10 most popular baby boys names in USA and UK (January 2015)
Next Post: Wildlife and a snowman in the woods »