You are here: Home / Wild Kids / Wildlife and a snowman in the woods 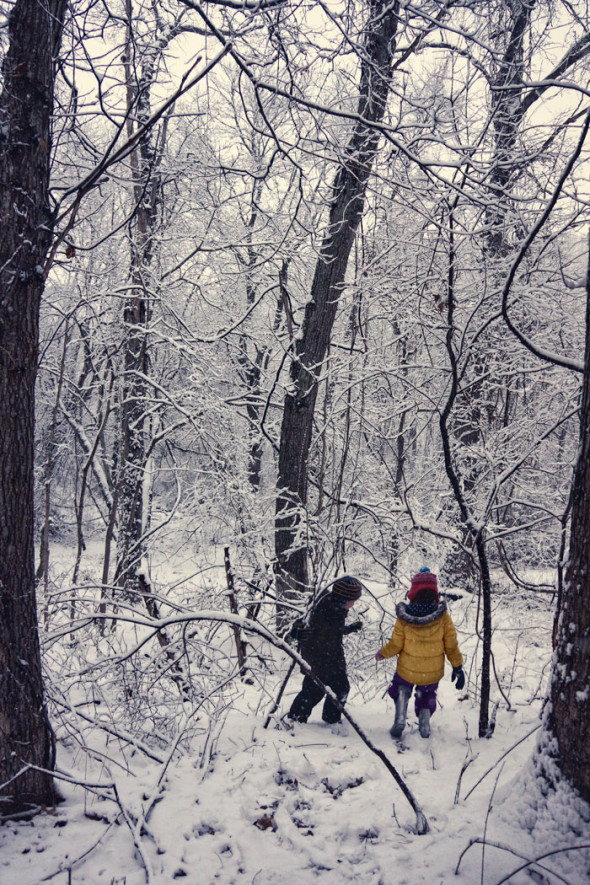 There’s something magical about exploring the woods with children after a snowfall. What if I suggested looking for wildlife and building a snowman in the woods at the same time? And if you’re wondering about this combination, I’ll explain what inspired this idea for an adventure.

First of all you need woods covered in snow. Next step is to look for deer tracks as well as search for any other signs or sights of wildlife. 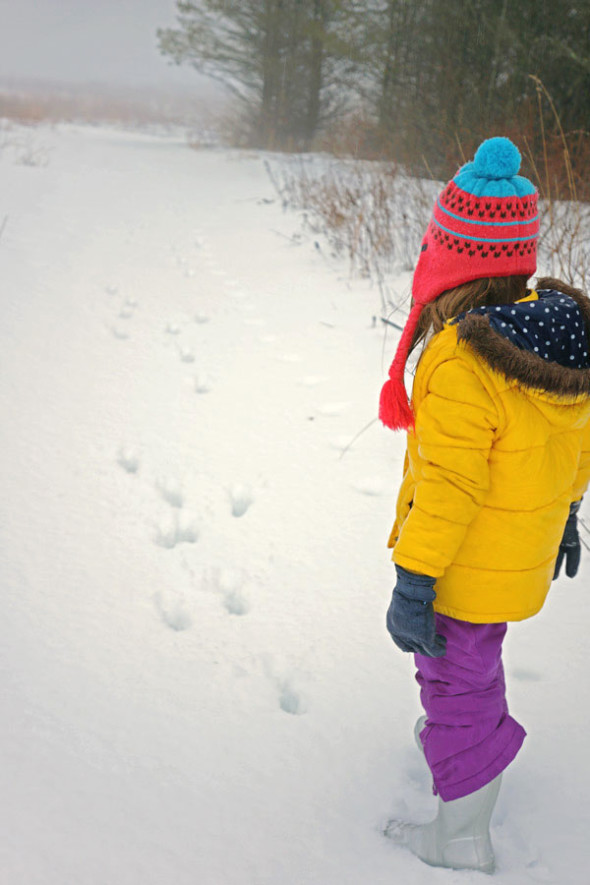 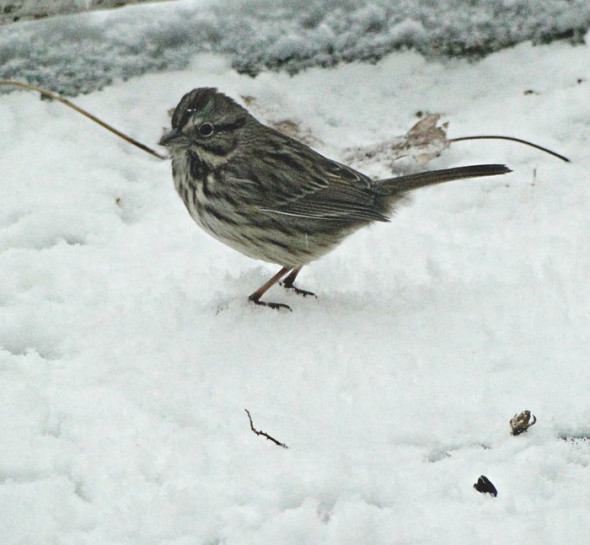 But…what’s the first thing children want to do after lots of snow? Roll balls of snow to make a snowman.  So, forget about making one in the backyard, instead find a clearing in the woods near the animal tracks. 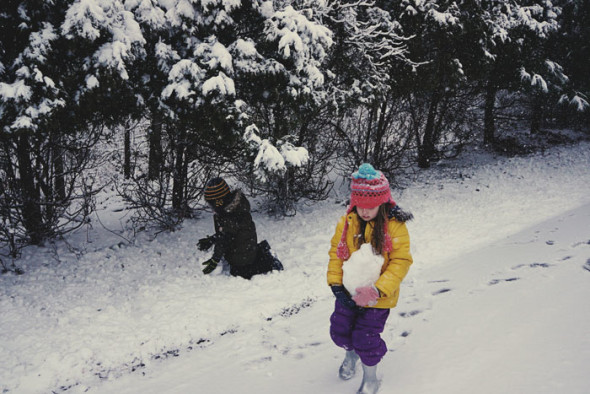 The first sight of thick snow on the ground and trees might make parents – like me – think about digging out the car and what to do with my kids at home on a ‘snow day.’ At least that’s what happened after a few blizzards when we were living in the Hamptons in New York State. Now we’re in the southeast of England my kids are just hoping for one snowfall this winter!

But we’ve been imagining and remembering the fun of a winter snowfall by reading Stranger in the Woods by Carl R. Sams II and Jean Stoick. This wildlife nature story for children was a huge hit and New York Times bestseller when it was published back in 1999. Soon it won a series of awards and a movie was made based on it. The story is told with actual real wildlife photographs rather than drawn illustrations – the authors are renowned professional wildlife photographers.

At first the animals in the book are all flustered as there’s a stranger in the woods. Even the owl calls out “Who-hoo’s in the woods?” The animals then meet the stranger –  it’s the snowman. At the end of the story we find out that the snowman has been made by two children who’ve been hiding in the woods and watching the wildlife gather around it.

Stranger in the Woods is a great way to inspire children to seek and observe wildlife in snow covered woods while having a lot of fun outdoors. Wildlife they might see in winter feature in the book including wild birds, a mouse, deer, a muskrat, and even a porcupine. After reading it, children will not only want to build a snowman in the woods but also bring along corn and wild bird seeds to spread over the snowman’s head and around its wide base. The finishing touch, of course, is a carrot for the nose.

Stranger in the Woods is available on US Amazon (which has over 100 five star reviews!) and UK Amazon.

(The three images above including the snowman and the owl are from Strangers in the Woods by Carl R.Sams II & Jean Stoick. The rest of the photographs I took while living in the Hamptons, NY, USA.)

The great thing about this book is that it’s not a fairy tale. It’s fiction but still a wildlife story that could happen in real life with kids.

In fact quite a few times when we lived in the Hamptons, we indeed did go and explore the snow covered woods and caught sight of deer staring back at us through the trees. Perhaps they were wondering why there were strangers in their woods? 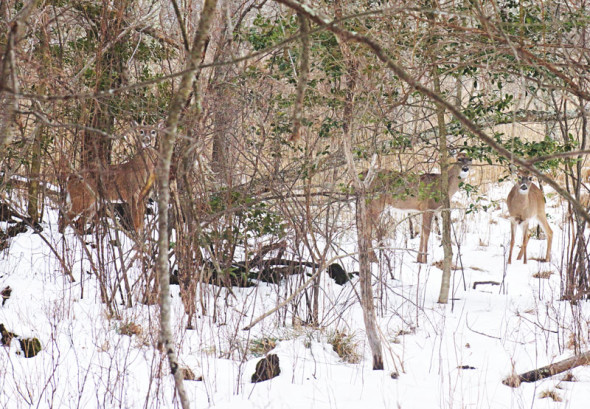 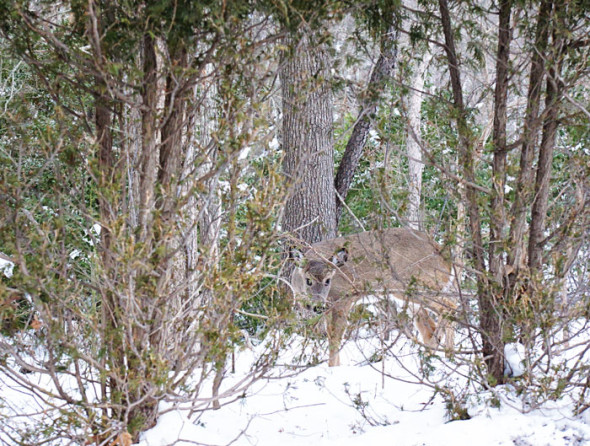 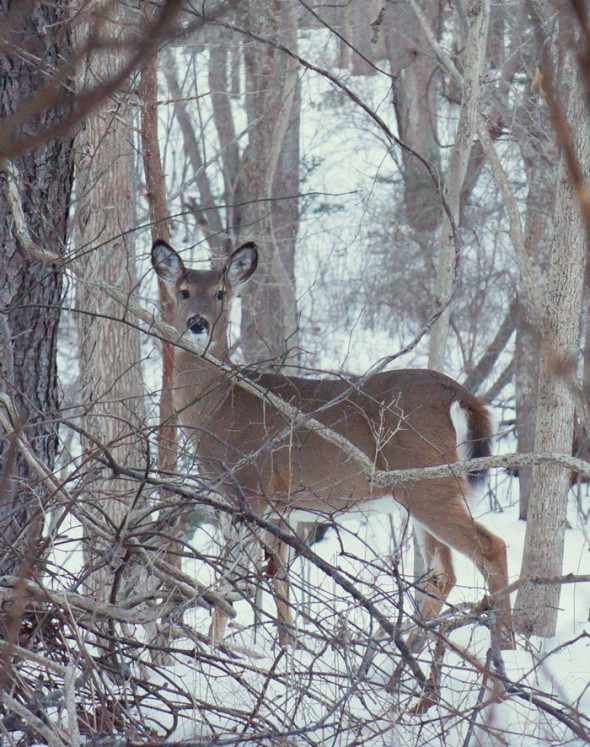 However, since reading Stranger in the Woods, my kids don’t just want to go for a walk in the woods, they also want to find a clearing in the middle of it and build a snowman covered in treats. Not surprisingly they’re also impatiently waiting for a major snowfall like we had so many times in the past in the Hamptons!