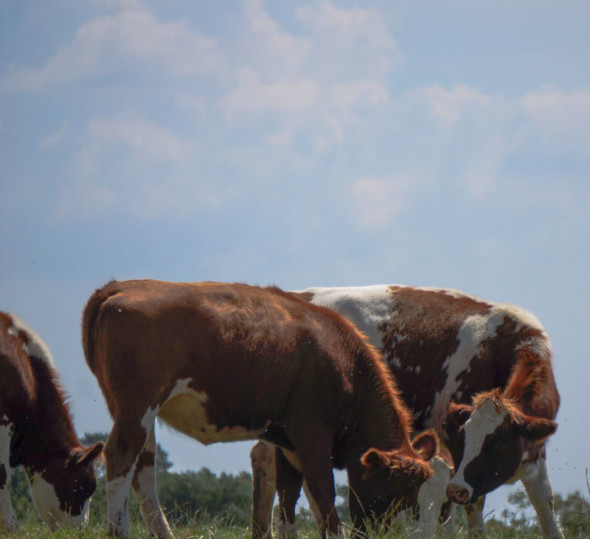 When I found out that it’s estimated one in five British cows never see daylight, I took my children to watch dairy cows being milked. That is, dairy cows who DO see the light of day. Who graze outdoors during the grazing season. Who mingle together in fields and eat grass outdoors when the sun shines. 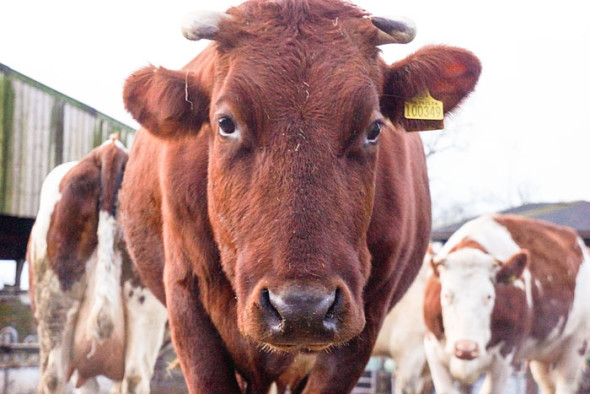 I was shocked to learn in an editorial in the January 10th, 2015 edition of The Times that some cows  are kept permanently indoors: “Think before you drink. That cow might never have experienced fresh air.”  If there’s approximately 1.78 million dairy cows in Britain, that means over 350,000 never see daylight.

So you know those ads with happy cows in fields? Don’t always believe them!

The billionaire Duke of Westminster opened in December 2014 another super large dairy unit which has – wait for it – “zero-grazing.”  Up to 800 dairy cows stay indoors all year round at this super-mechanised farm.  They supply Tesco by the way. Waitrose and Marks & Spencers only have milk suppliers that allow their dairy cows to graze outside during the grazing season. The Guardian has written about the battle for the soul of British Milk putting forward the opinions of both sides. 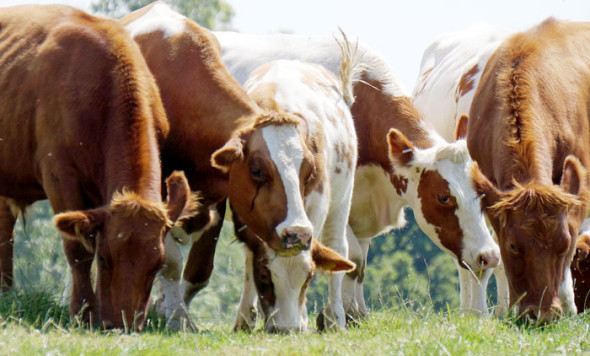 All summer and early autumn we passed cows happily grazing in a nearby field. Cows who enjoy daylight are put out to graze in the spring and then return to barns in the winter. Cows are very sociable animals too. They’re known to form strong social bonds in their herds – especially smaller herds. 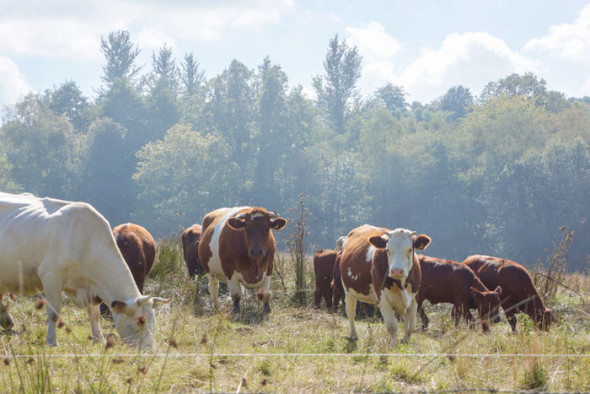 We also watched a mixed herd of cows munching away at the grass in a field at biodynamic Plawhatch Farm. I wrote before how they plant and farm according to the moon.

We went back to Plawhatch Farm last week to watch the cows being milked. 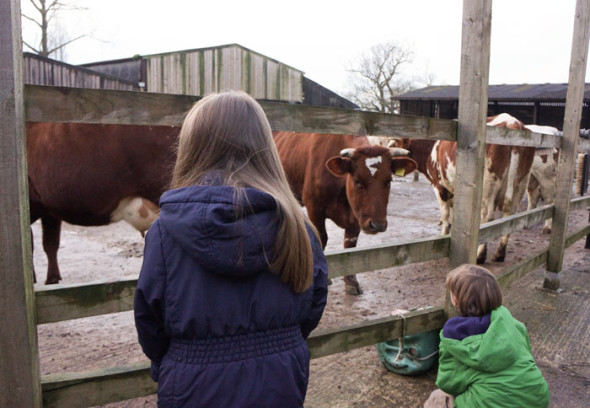 As the cows waited outside for their milking session to begin – their udders very full – a ten week old girl calf was kept with them. She also wanted to have a closer look at Luce and Theo. Dairy cows in small herds like this, which see the daylight, graze in green pastures, often live into their teens and even 20s. Otherwise they live to around 4, 5 or 6 years old then are considered ‘spent’ in terms of milking and are slaughtered. 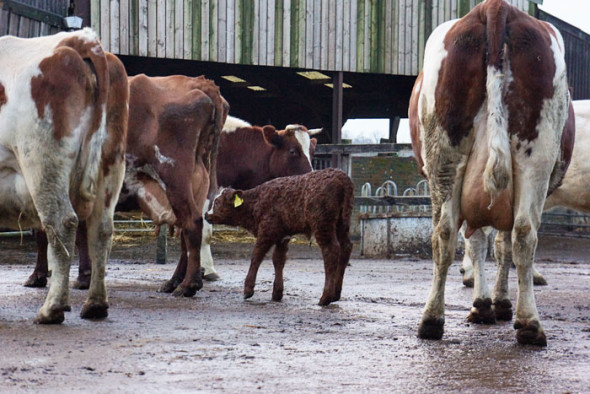 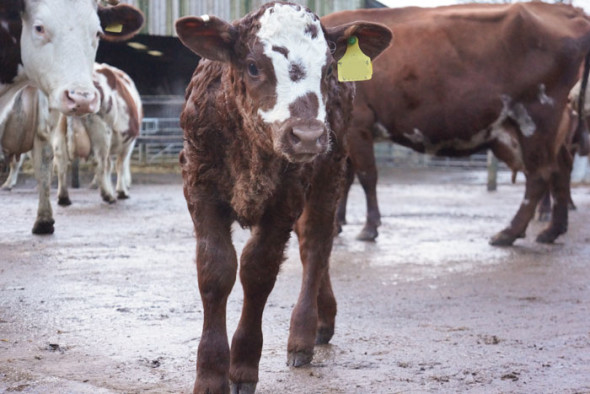 These dairy cows are milked twice a day – around 4.30 am and 4.30 pm. Naturally we went to the latter session! 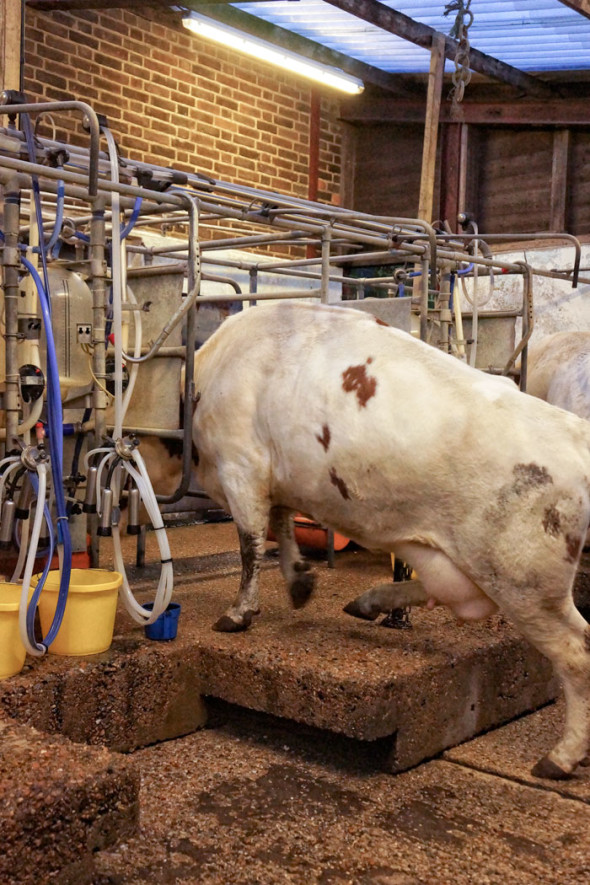 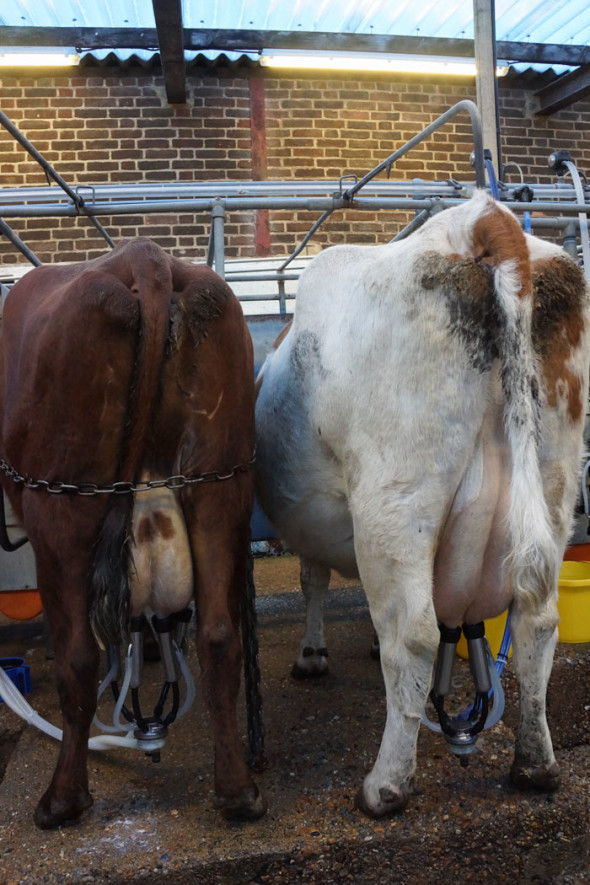 As we left the milking shed at dusk, Luce and Theo turned to me and said, Why do some farms not allow their cows outside? Do they really never see daylight? Because they want lots of cheap milk, I answered. And I agree with The Times editorial that milk cartons could state: “This milk may come from cows kept permanently indoors.” 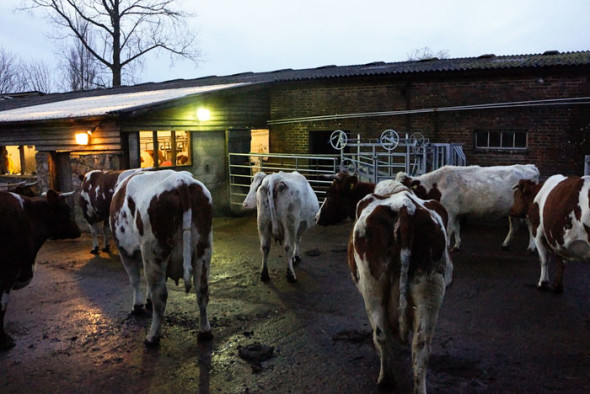 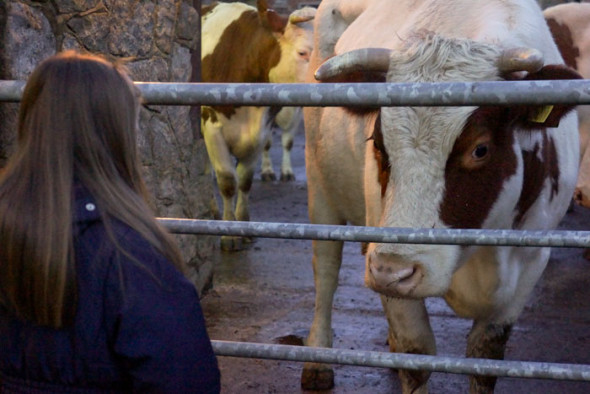 I don’t want my children to drink cheap milk if it means that we have “battery cows” who live permanently indoors. I’m hoping that by watching cows grazing naturally and seeing them up close, my two kids will be part of a future generation that ensures dairy cows really do enjoy daylight and munch on grass – to quote from the hymn Jerusalem –  “In England’s green and pleasant land.” What about you? And would you prefer our milk cartons labeled?