I’m not sure about this early spring weather as one moment it’s sunny and then there’s hail. Depending on what the skies are up to we either get the barbecue ready or heat up the griddle pan for these lamb cutlets marinated in lemon juice, olive oil and oregano. Sometimes I also include slices of garlic in the marinade to add extra flavour. 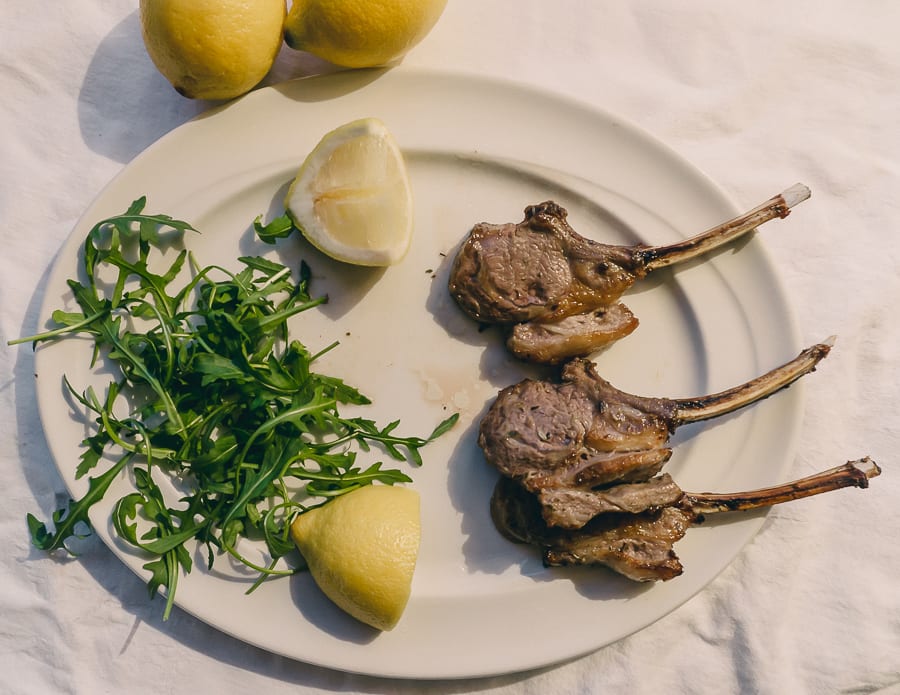 I prefer lamb cutlets but often I make the same recipe with lamb chops. As the chops are usually a bit thicker it just means grilling them longer. I usually aim to have two to three cutlets per serving as this dish is always popular with my family and guests. So if I’m cooking for four then I will probably have 10 cutlets. 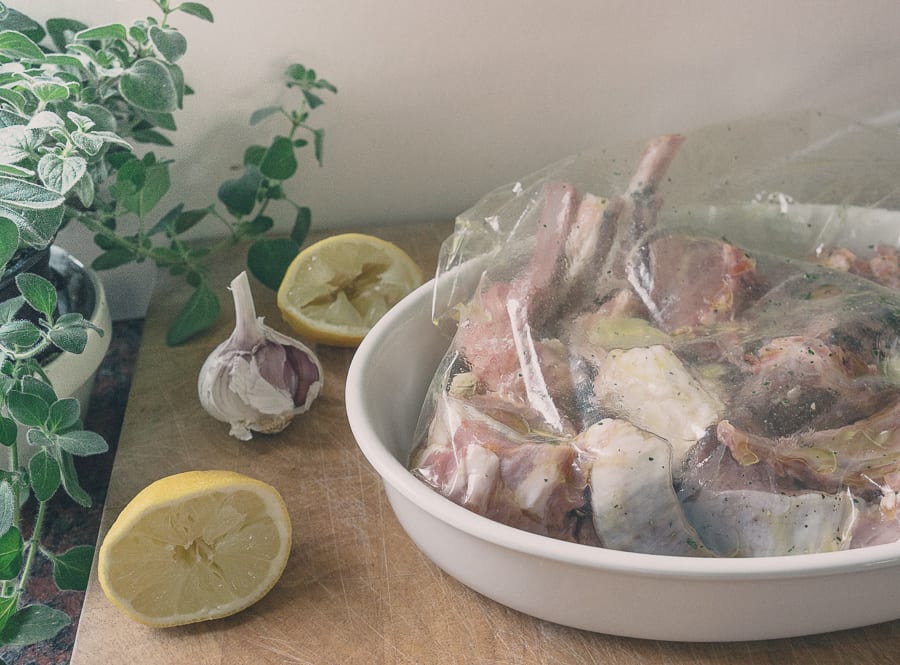 I trim the excess fat off each cutlet before marinating them. I use an easy method too for the marinade! I put all the cutlets in a large freezer bag then add olive oil, dried oregano, freshly squeezed lemon juice and pepper. I seal the bag tightly and then make sure all the cutlets are evenly covered in the marinade. As I’ve made this recipe so many times I’ve learnt from experience that there can be that one time that a sharp edge of a bone puts a tiny slit into the freezer bag so I put the bag in a large dish in case of a leak. I usually marinade the lamb cutlets for 3 to 12 hours in the refrigerator, turning the bag over from time to time.

Although I have fresh oregano, I only include dried oregano in the marinade.

The lamb should be taken out of the fridge at least 30 minutes before cooking in order to allow it to come to room temperature. I then drain the cutlets and reserve the marinade in a dish for basting during the grilling. Whether using a griddle pan, oven grill or barbecue I make sure they’re really hot before cooking the meat. 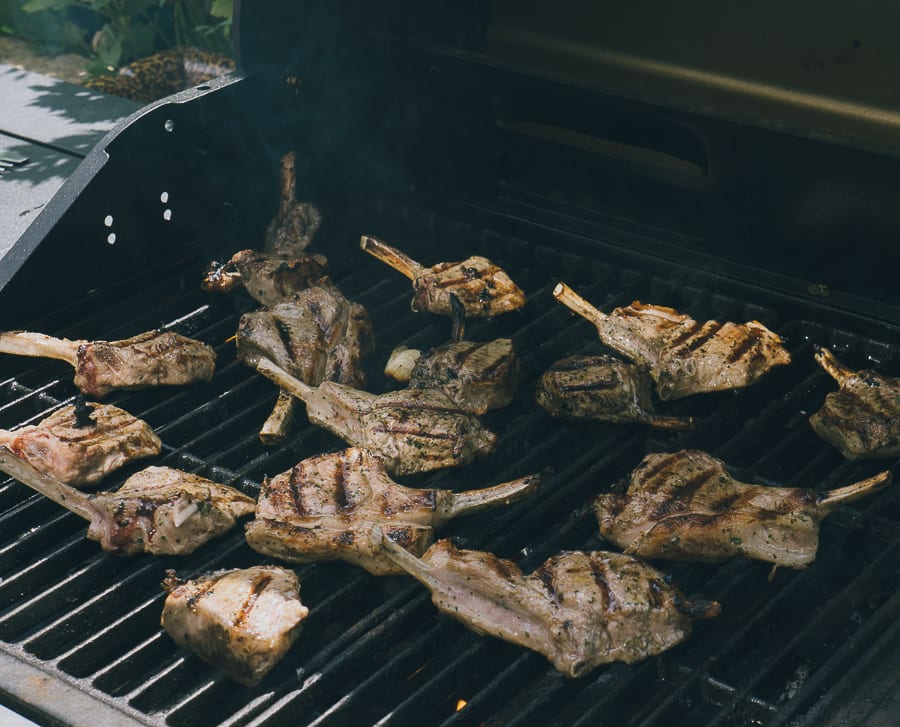 The cooking time will really depend on the thickness of the meat and your preference for medium rare or well done. Personally we aim for the cutlets to be medium rare and golden brown on the outside which means 3 to 6 minutes on each side depending on their thickness. 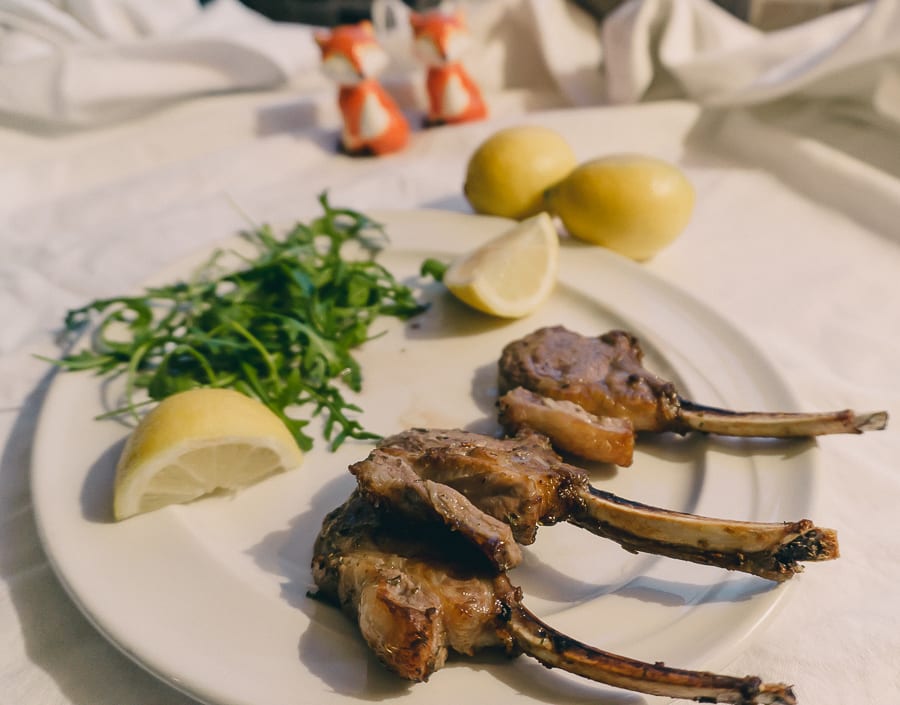 As it’s quite a Mediterranean style dish, I like serving the lamb cutlets on top of rocket leaves with lemon wedges, small roasted potatoes (skin on), and a tomato salad. The lamb cutlets are beautifully tasty due to the olive oil, lemon juice and oregano marinade but you can season them with some sea salt flakes before serving.