You are here: Home / Nature Diary / Quartet of Geese 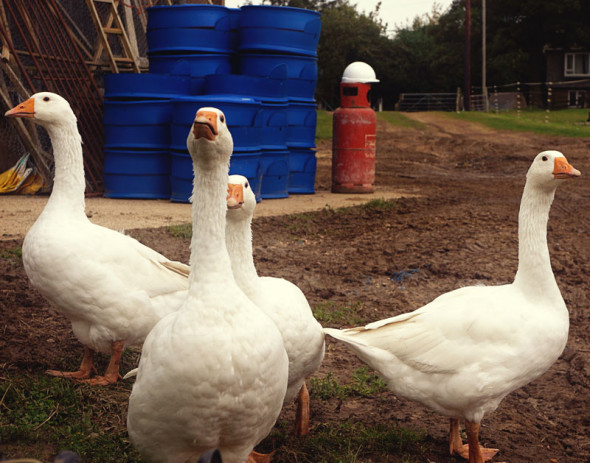 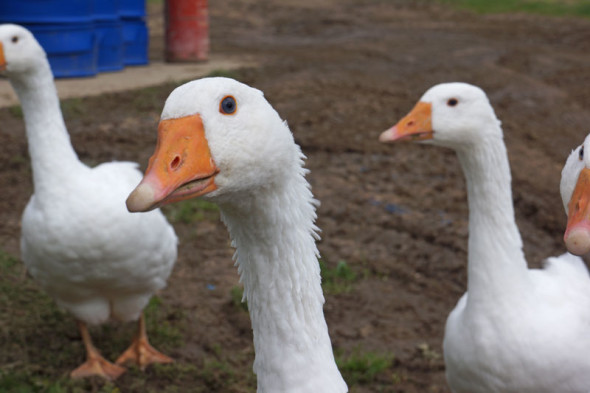 Last week I encountered a rather noisy quartet of geese while my daughter had a riding lesson. It wasn’t a gaggle as apparently you need five geese on the ground to call them this.

This honking quartet of domestic white geese were quite a contrast to the quiet goslings with mother goose I watched earlier this year by the side of a pond in the Hamptons, USA. I had to be careful as Canadian Geese are known to be rather protective of their young. 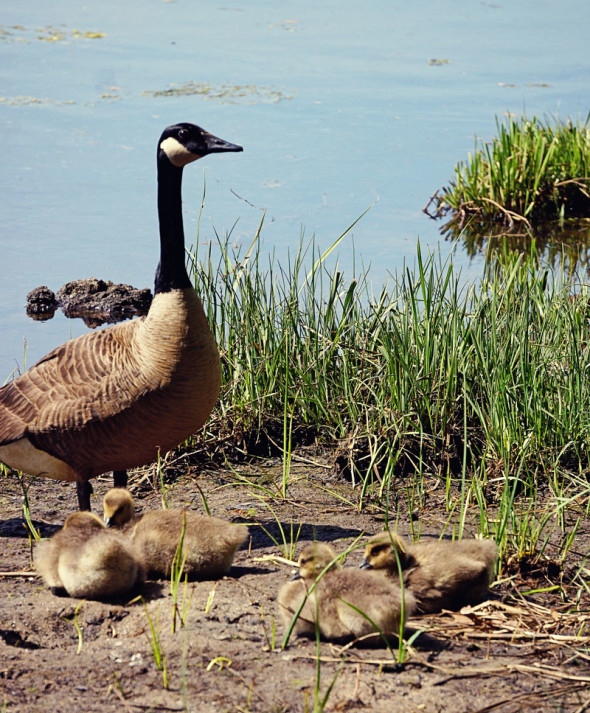 Yesterday I watched and heard a raucous skein of Canada Geese fly overhead in their V- formation.  In the 17th century they were introduced from North America to UK. According to the Royal Society for the Protection of Birds (RSPB) there are now 62,000 pairs breeding annually and over 190,000 Canada Geese wintering in the UK. Yes, over there to here in a major way!