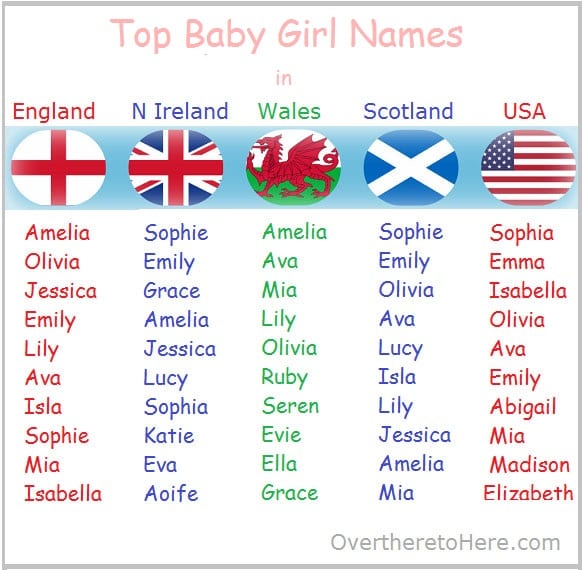 My curiosity continues about the most popular baby names for girls in the United Kingdom – England, Northern Ireland, Wales and Scotland – compared to the USA. My updated new chart is a great way to check out what are the popular girls names in the various kingdoms and the USA.

These are all the latest official top ten names available for England, Wales, Scotland, Northern Ireland and the USA. All the babies names for girls were released in 2012. No top baby names are available yet for 2013.

In the UK Amelia was the most popular of the baby girl names across all regions in 2012. She also was one of the top baby girl names in 2011 although she still hasn’t made the top 10 girls names in the USA.

In 1914 the most popular name for girls both in England and USA was Mary – quite contrary to nowadays. Mary didn’t even make the top 100 in England and hasn’t been in the top five names for girls since 1967 in the USA.

In the 2000s Emily was the baby girl name which hit the top of the popularity list in the USA. Jessica was the favorite amongst all the girls names in the 1990s and 1980s in the United States. Molly, Ivy, Darcey, Tilly, Sara and Violet joined the popular 100 baby names for girls in 2012 in England and Wales.

For more inspiration, have a look at the top 100 girls names in 2012 for England and Wales in the word cloud. 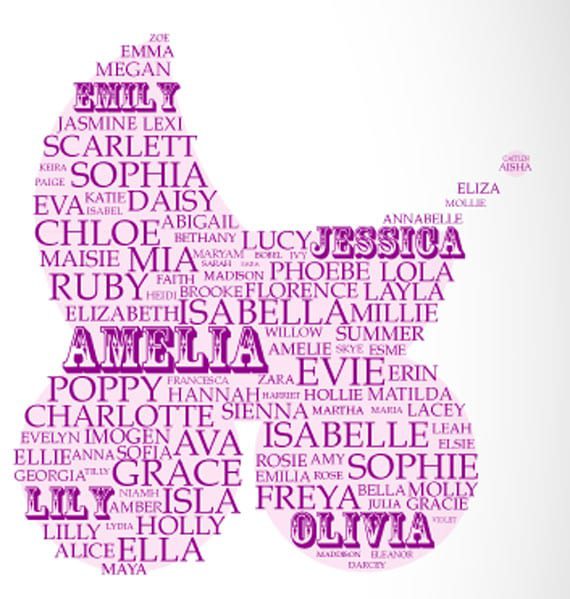