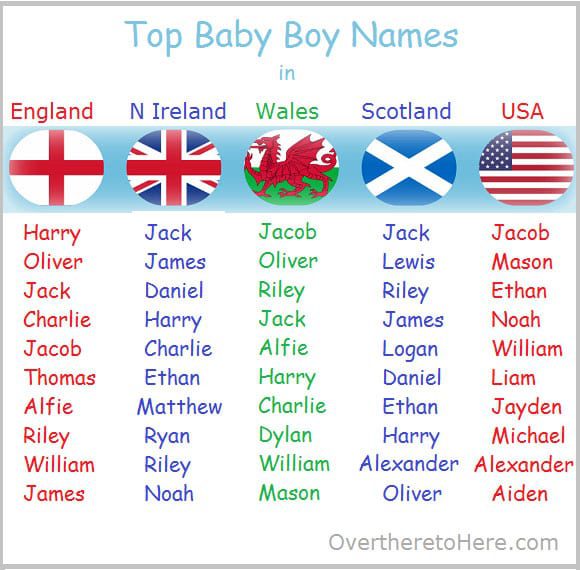 I’ve updated my list of top baby boys names in the UK and USA. Looking for a name for a baby boy? I’ve compared the top 10 most popular names for the United Kingdom – England, Northern Ireland, Wales and Scotland – with the United States.

These are all the latest official top ten names available. England, Wales, Scotland, Northern Ireland and the USA have all released their 2012 top ten baby names but no official information is yet available for 2013 babies’ names.

Many of us are still wild about Harry. Prince Harry is still in the top 10 ten names for boys in all four countries that make up the sovereign state of the United Kingdom of Great Britain and Northern Ireland. We’ll have to wait for a couple of years to see if Prince George, the new Royal baby, will join the list of most popular baby names for boys. But his Royal father’s name – William – ranks in the top baby boy names for England, Wales and the USA.

There were seven new entries in the top 100 list of baby names for boys in England and Wales: Hugo, Sonny, Seth, Elliott, Theodore, Rory and Ellis.

Looking for more inspiration? Then look at the latest top 100 names for England and Wales in 2012 in the word cloud. 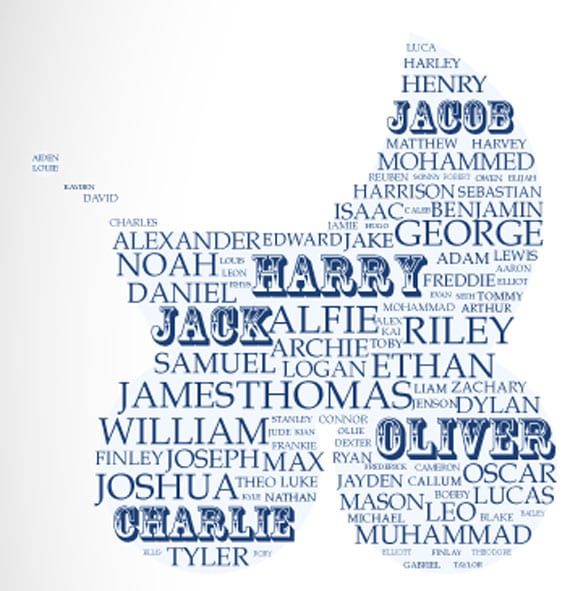