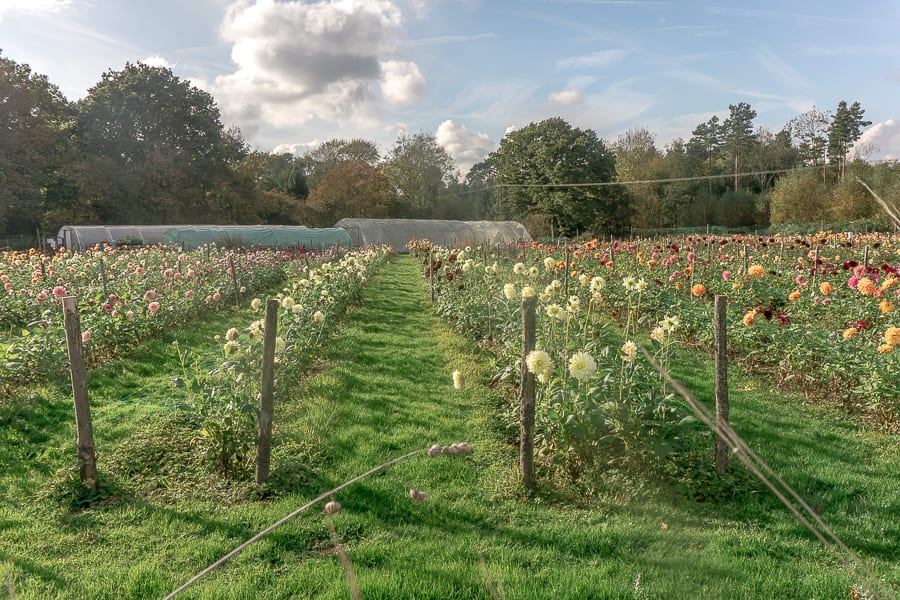 I’ve been very quiet here lately. And, although the season for Dahlias has now ended, I must record my visit to a field of Dahlias this autumn. Actually it was late in the season when I discovered that one of the top Dahlia growers in the UK – Withypitts Dahlias – was located just outside a village near us in West Sussex. Off I went with my daughter looking for it. We were very lucky as although it was the end of the season, the owner Richard Ramsey gave us a tour. 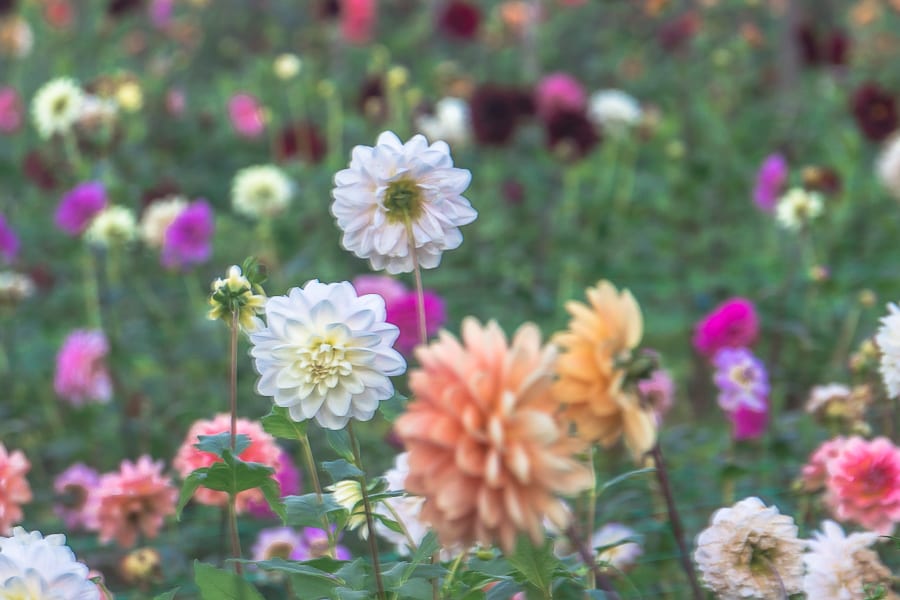 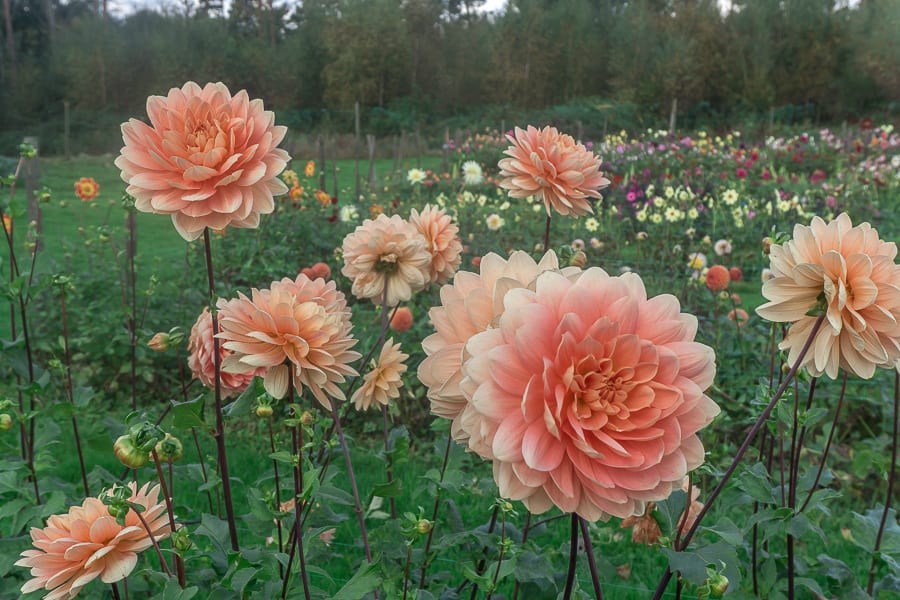 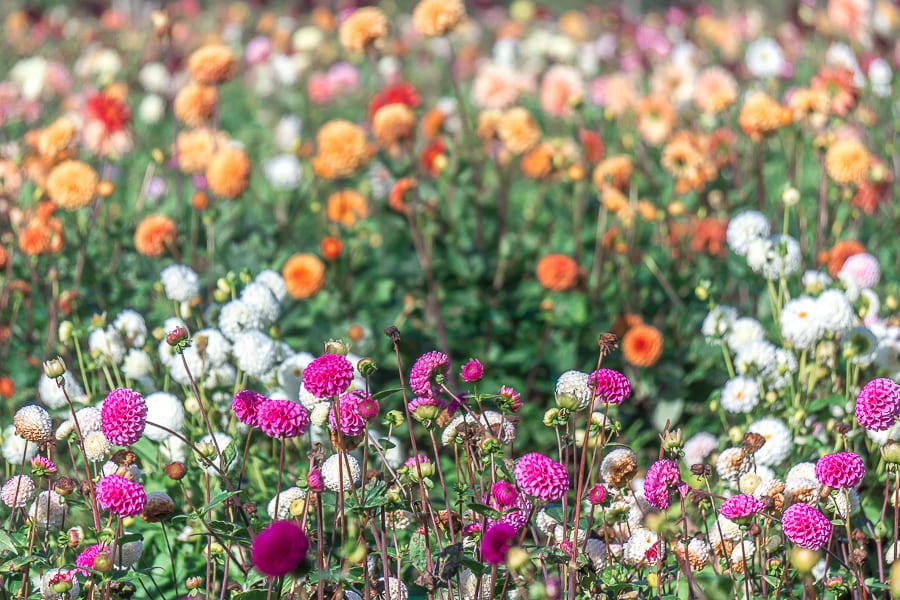 Here was a field in the Southeast of England filled with flowers originally from Mexico.

I found the notes from the 1897 Horticultural Society of London which included the ‘Observations of Dahlias’ written by the British botanist Richard Anthony Salisbury (1761-1829). Salisbury recounts the earliest descriptions of Dahlias in his history of the flower and how it was brought to England. He explains that Francisco Hernandez was the first author to mention Dahlias. Hernandez’ book on Mexico was not published until 1651 although he wrote it in the 1570s.  Salisbury continues:

Thiery Menonvilie, in the interesting details of his journey to Guaxaca, published in 1787, is the next author, who to the best of my knowledge, has noticed any species of Dahlia. It is well known, that this Botanist was employed by the French Minister, to steal the Cochineal Insect from the Spaniards. In this dangerous mission, he tells us, that having entered one of the gardens in the suburbs of that city…he was struck with the beauty “d’une Astere violette et double, aussi grande que celles de France, mais produite par un arbuste tres semblable pour les feuilles pinnees a notre sureau.” From the violet colour of the flower, I am inclined to think that this is the species which I have called Dahlia Sphondylifolia.” 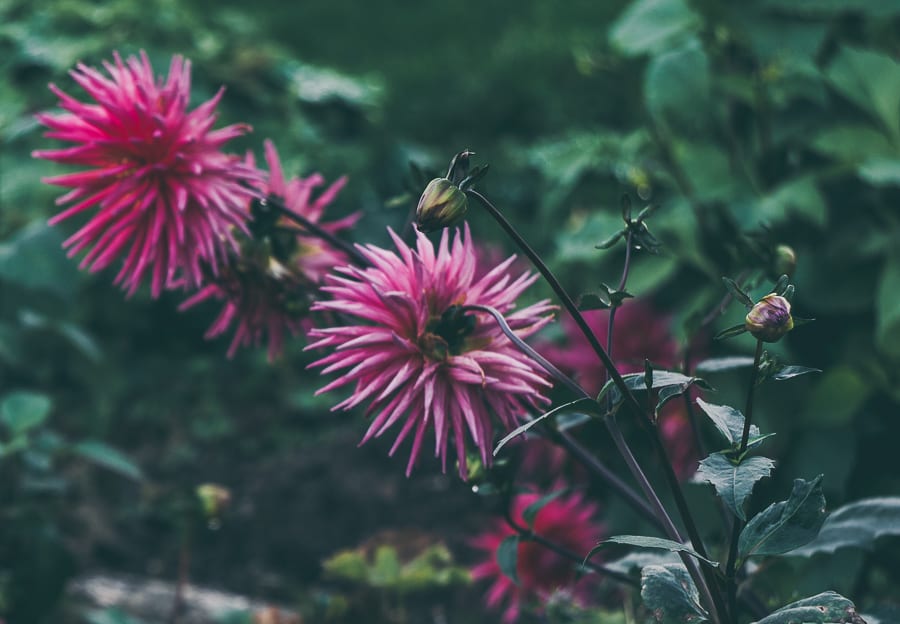 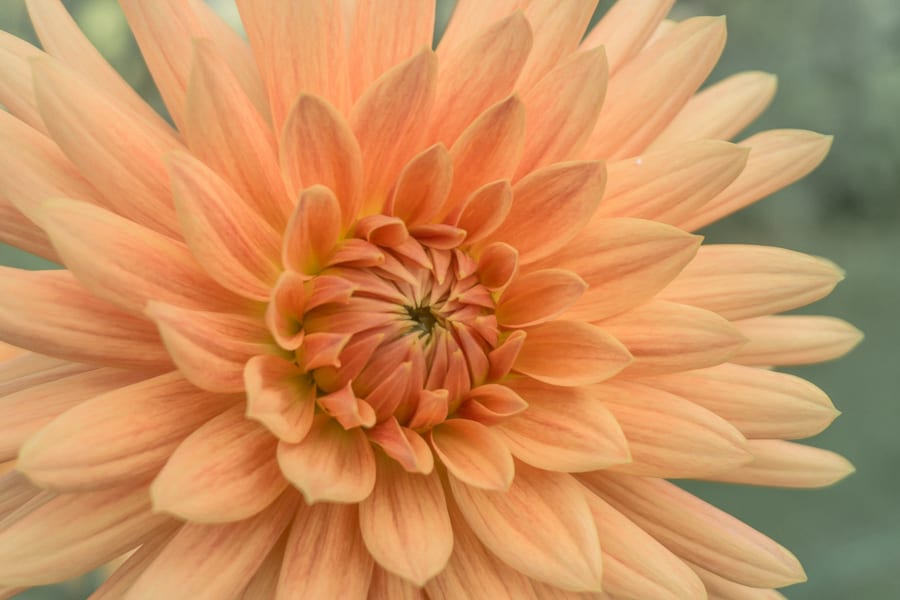 “The third author, who has written upon these Plants, is the late Abbe Cavanilles: from a semi double variety of, Dahlia Sambucifolia, which flowered at Madrid in October 1790, he, in the first Volume of his Icones, published in the following January, first defined the characters of the genus … naming it in honour of Andrew Dahl, a Swedish Botanist.” Richard Anthony Salisbury, Horticultural Society of London, 1897 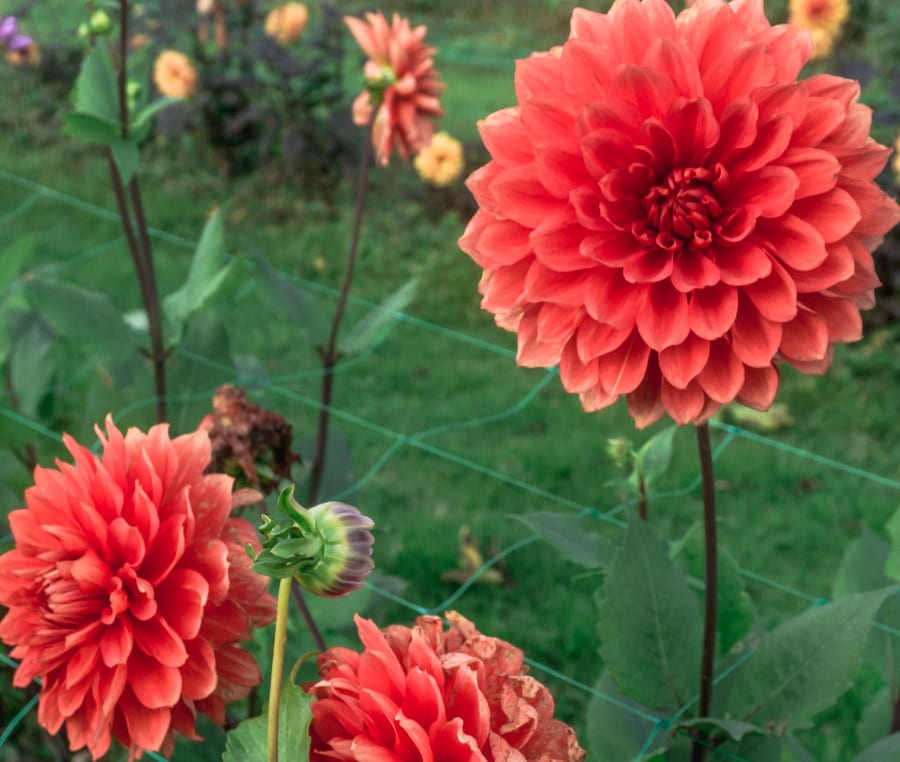 The Earl of Bute tried to grow some from seeds obtained from Cavanilles but they didn’t survive. According to Salisbury, Britain’s first species, Dahlia Sambucifolia, were introduced by Lady Holland in 1804. Her husband, Henry Vassal-Fox, 3rd Baron Holland wrote this verse for her in 1824:

The dahlia you brought to our isle

Your praises for ever shall speak;

Mid gardens as sweet as your smile,

And in colour as bright as your cheek. 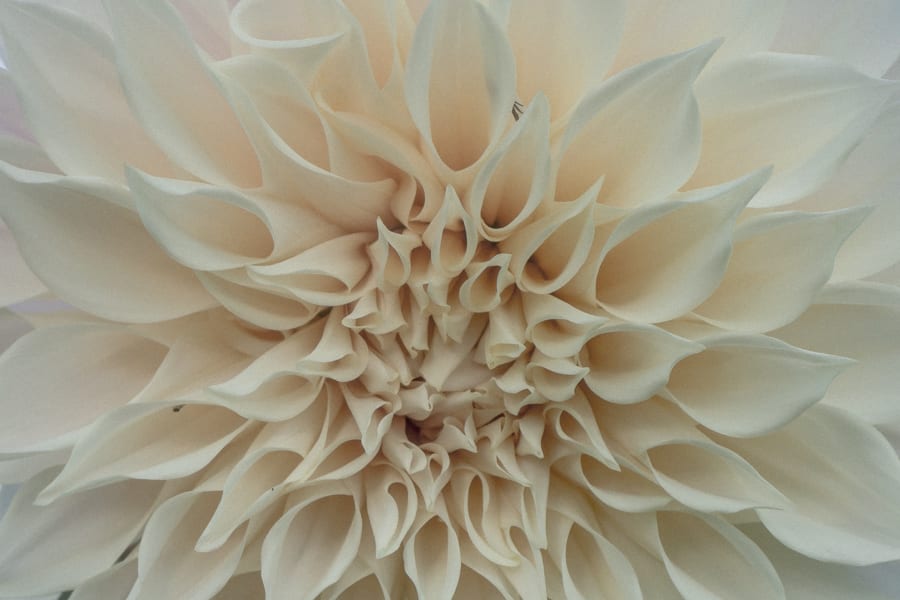 Now one of the terribly popular Dahlias is the Cafe au Lait (above) – a favourite of brides as well as appearances on Instagram. 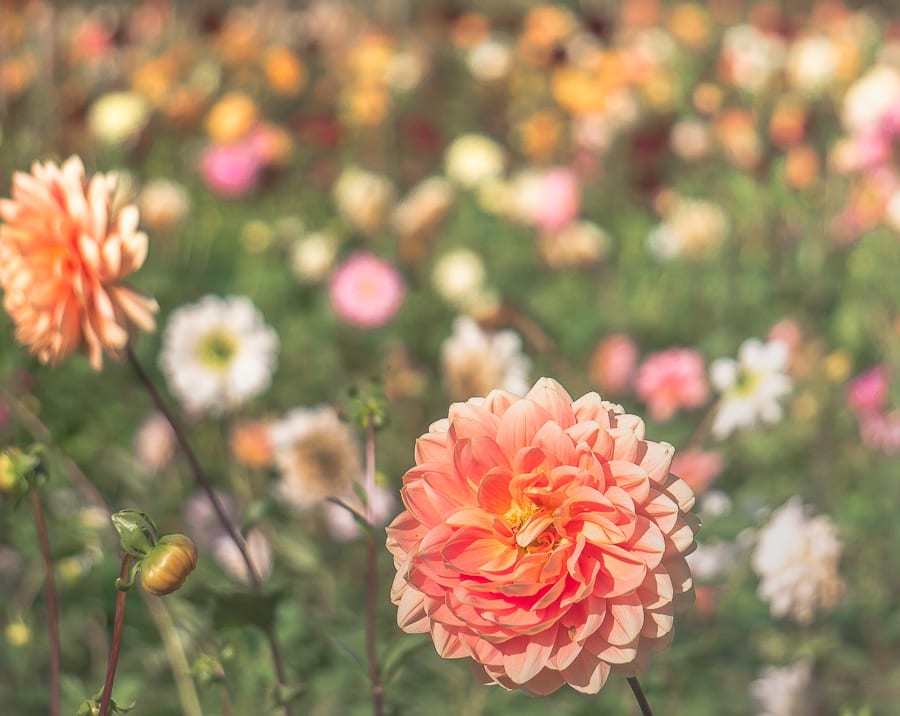 Next year I’m going to have a bit of Mexico in my garden. I want all sorts of colours to dance and smile in a corner of my garden. First of all I’m going to have to choose which ones I want – there are an estimated 60,000 cultivars! Since 1969 the Royal Horticultural Society has been the International Cultivar Registration Authority for the genus Dahlia. 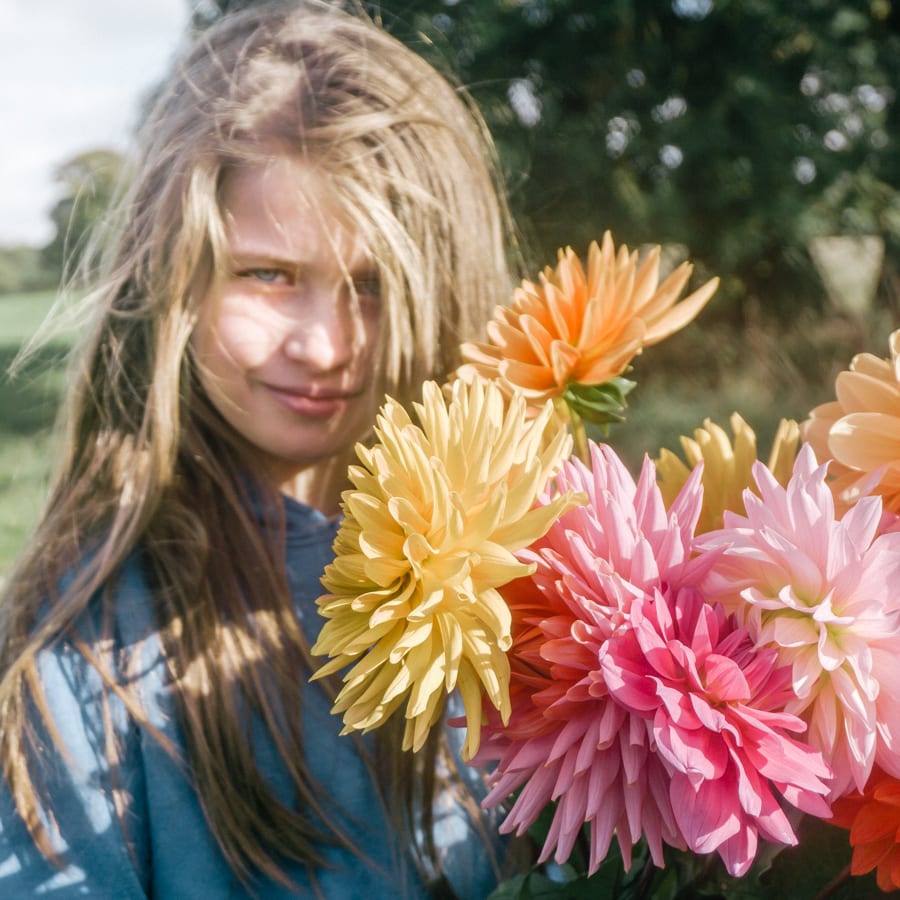 How lucky am I to find out that Withypitts is so close by? Not surprising they’re top suppliers to New Convent Garden and florists across the countryside. You can also order tubers and flowers online.  (This is not a sponsored post by the way – I am just rather thrilled to find out about a field of dahlias so close to us!) We bought a huge amount to bring back home. 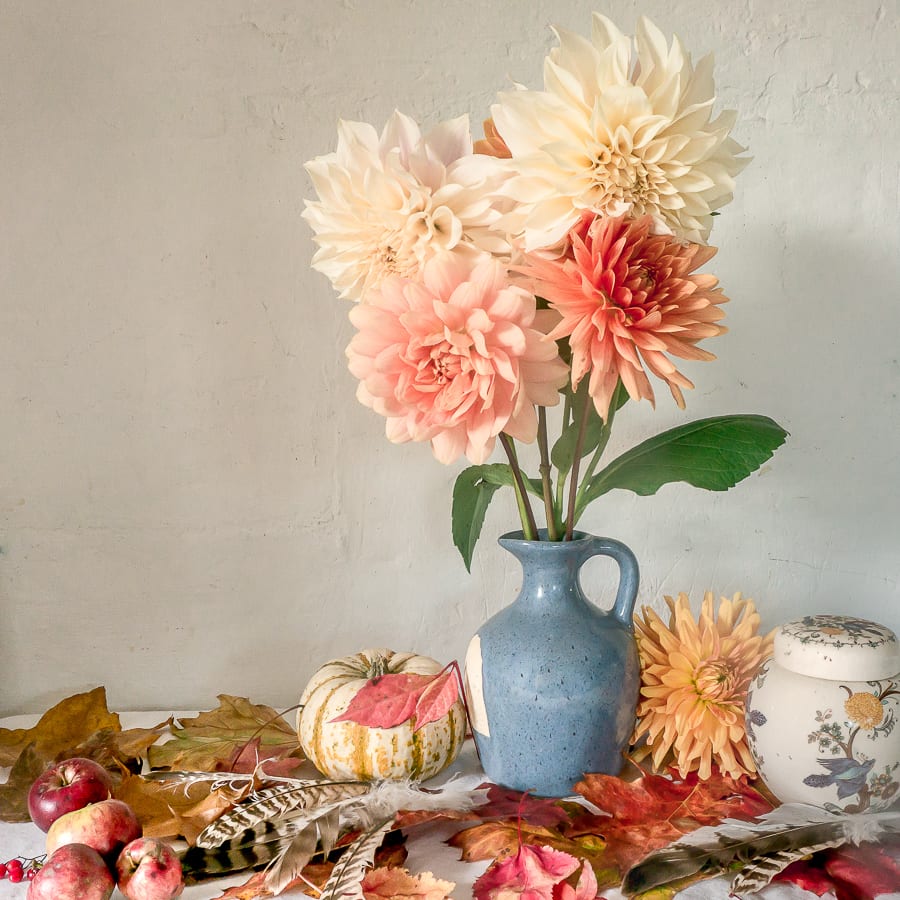 Previous Post: « A heathland valley rarer than a rainforest
Next Post: The secret lives of our winter garden birds »