Privacy Policy
You are here: Home / Living / The Pony ride that didn’t happen but ended in a bump 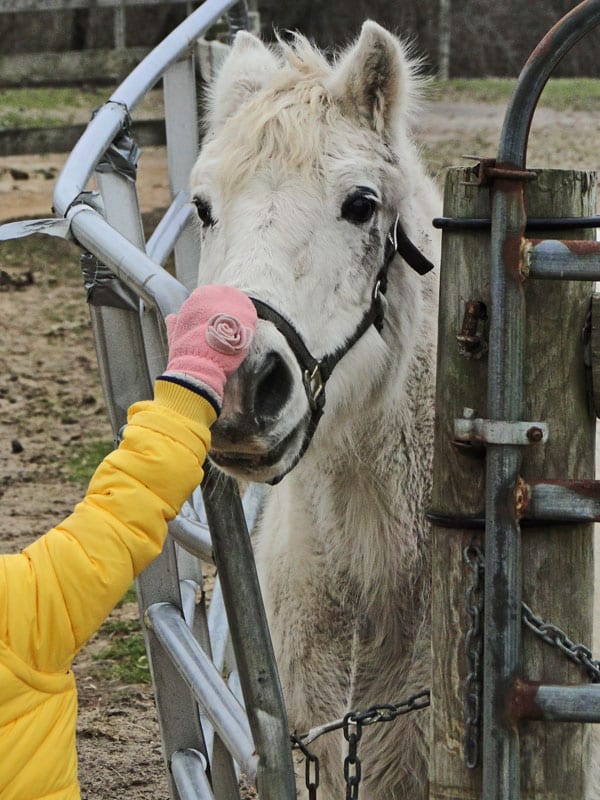 So this is the story of a pony ride that never happened. Although it ended in a bump.

It was meant to be a special treat for my daughter.  A gesture of horror – or was it disdain? – greeted me when I suggested to her twin brother that he could come along for a pony ride too.

Despite the chilly air, we headed off in the car to a barn 40 minutes away. Still Luce kept asking me how much longer and just as I told her we’d be there in exactly one minute, I found my Sat Nav (GPS) had lead me down a dead end lane. It had a great view of the ocean but I’m afraid not one horse nor a stable was in sight.

So we backtracked to the nearby town where I was directed to a bar. The locals in there will know where it is, I was told. And holding Luce’s hand, I entered the interior – dimly lit although it was midday. The bartender had no clue but sitting at the long bar was a man who did. Missing most of his front teeth he still gave us a friendly smile while giving clear directions as his friends all nodded in agreement. 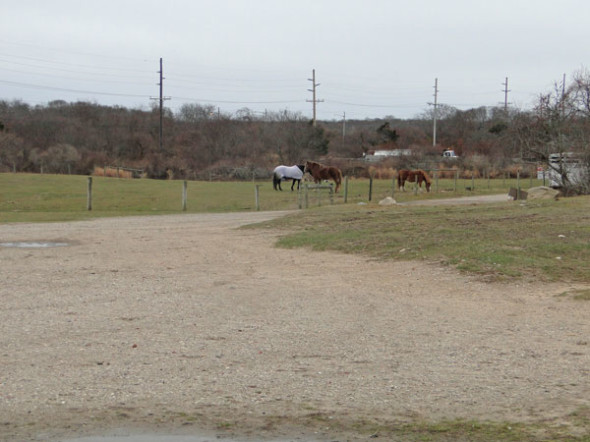 Finally we turned down a potholed road…and when we saw horses in the fields I knew we had found the right place. 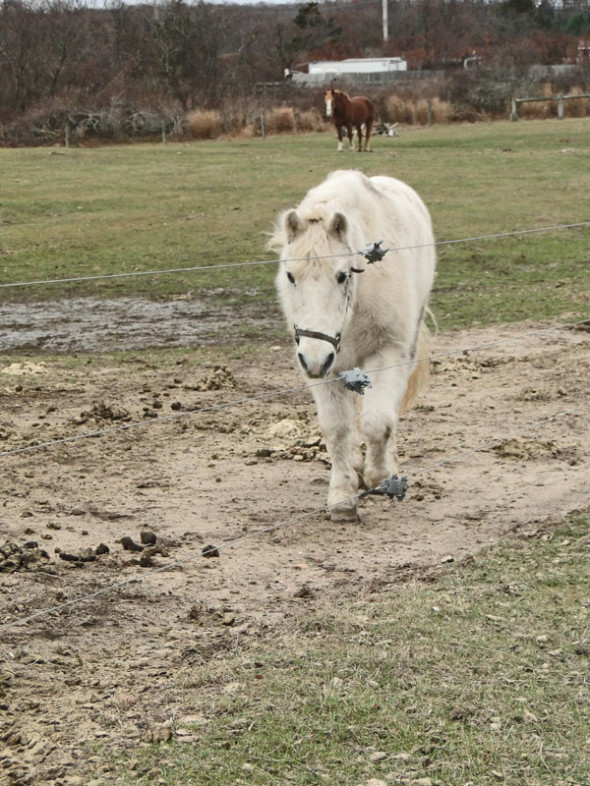 My daughter had always told me she wanted to ride a white pony so was very excited when her wish headed right up to her…Maybe this trip would turn a flip and my daughter would have her perfect pony ride? 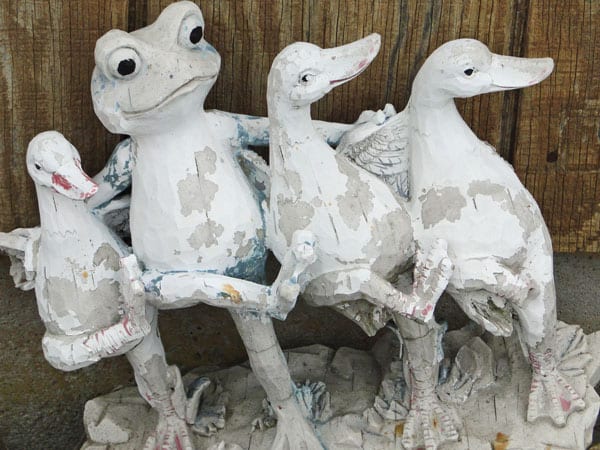 With a bunch of carrots in my bag, we crossed the quiet dirt car lot, passing a dancing frog and ducks, and entered the barn.

Although I had called the day before, we were  soon informed there was no chance of a pony ride as they were getting ready for a possible storm heading their way. Go ahead and feed the rabbits and the horse and the pony, they told Luce instead of telling us to go away. 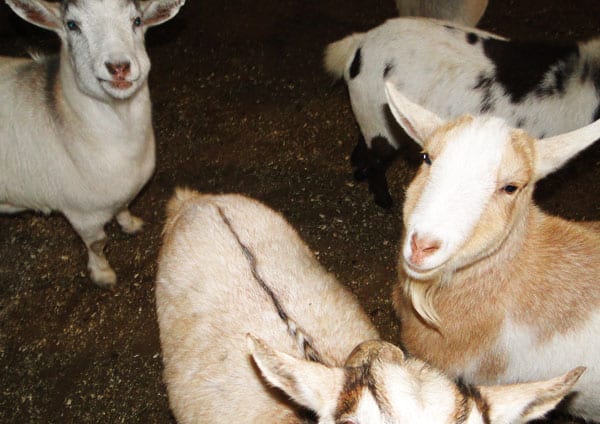 And as the carrots came out a menagerie did too. I tried to take photos but was surrounded by goats.

One even put its front legs on my shoulders in the hope of a treat.  Forget trying to focus the camera when you have a tribe of goats nudging and pushing you with a camera in one hand and carrots in the other. 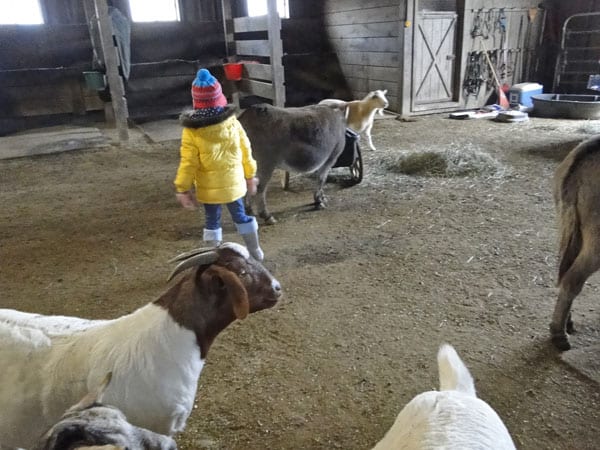 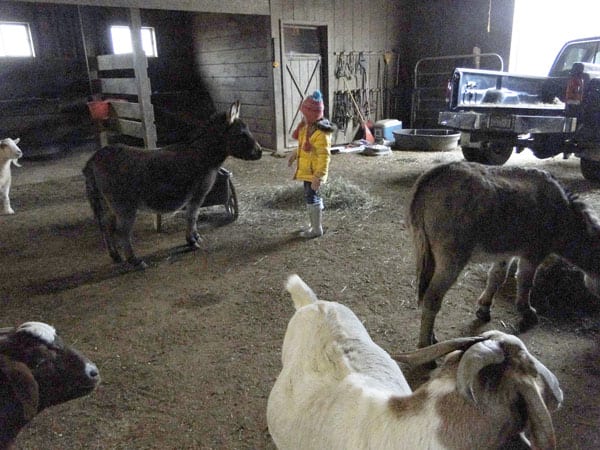 I basically blame a white tailed goat for not getting one good shot. (And if you don’t believe me then these photos above are proof…of my white tailed fan…or fans?) 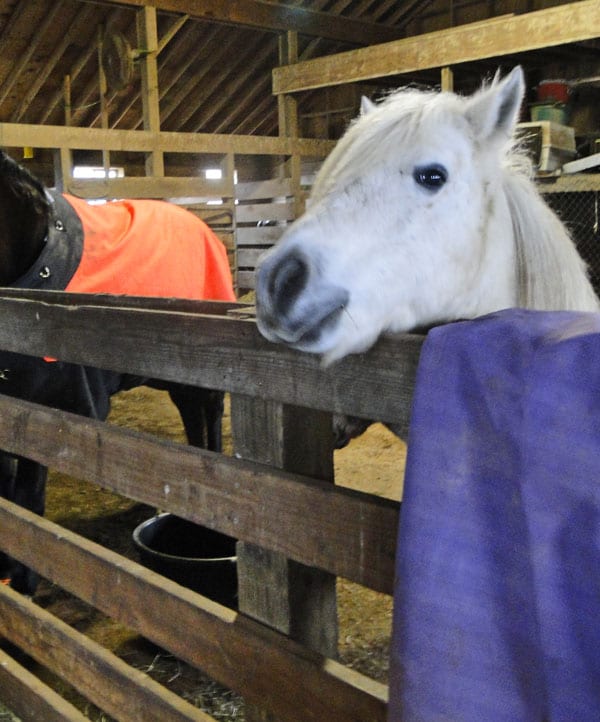 The horse neighed, the pony kicked the gate and the hens clucked. 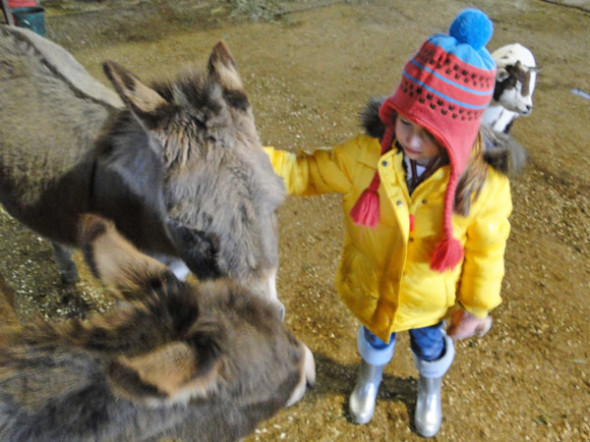 And the donkeys decided to join in the chaos too. 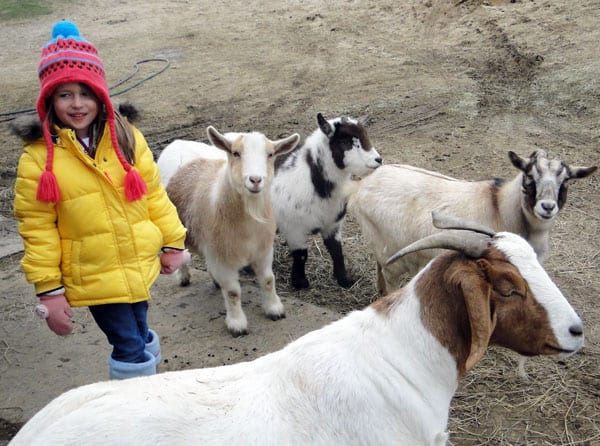 We retreated outside but, naturally, the goats followed us out there too. 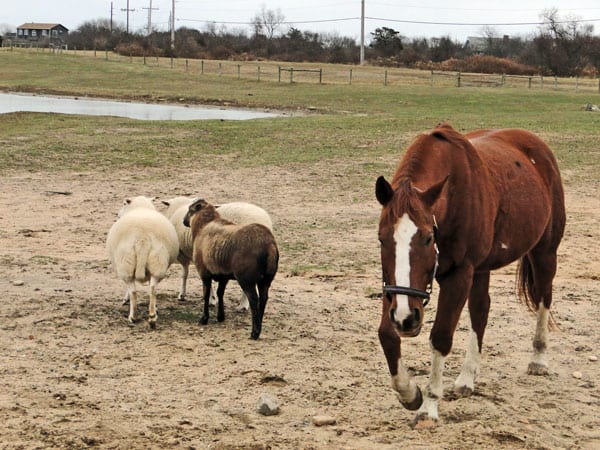 The birds watched from the lines above while the horses clip clopped over to find out what was all the todo.

Then Luce announced she needed to pee right there and then – without a delay. 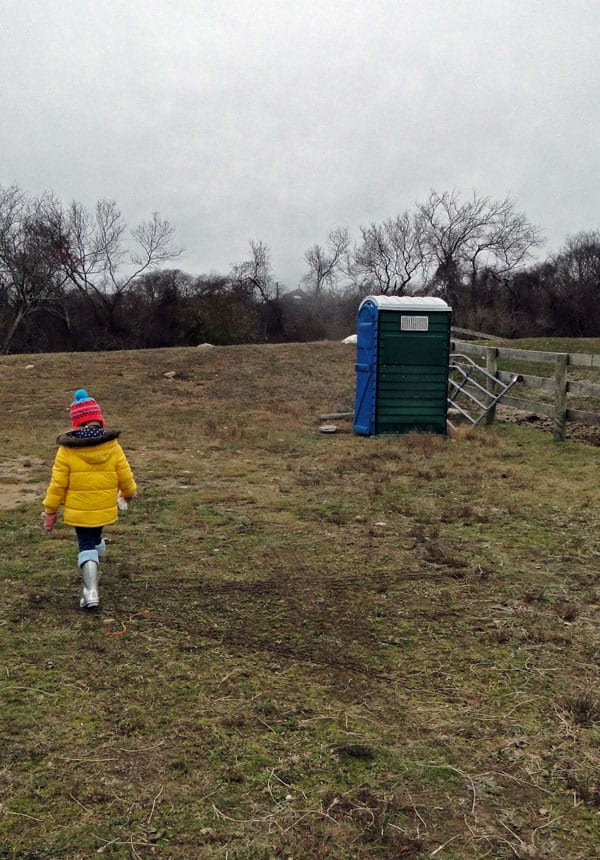 We only have an outhouse by that field was the answer when I asked where was the loo. But one look inside the outhouse had her running for our car. (Let’s just say it hadn’t been refreshed for quite a long time.) 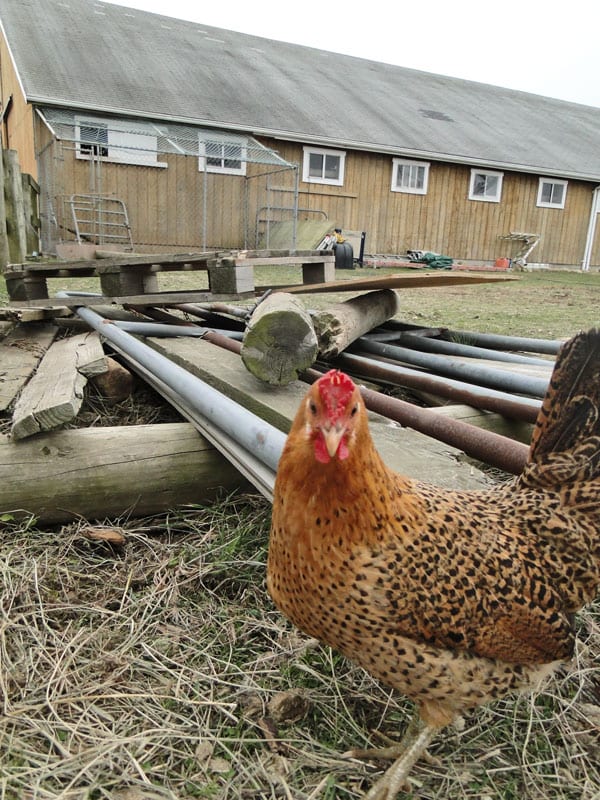 So with Luce yelling at me to hurry, I started reversing while trying to avoid running over a brood of hens. And that’s when we had the bump – but no pony ride – as I hadn’t noticed in the rush someone had decided to park right behind my car! 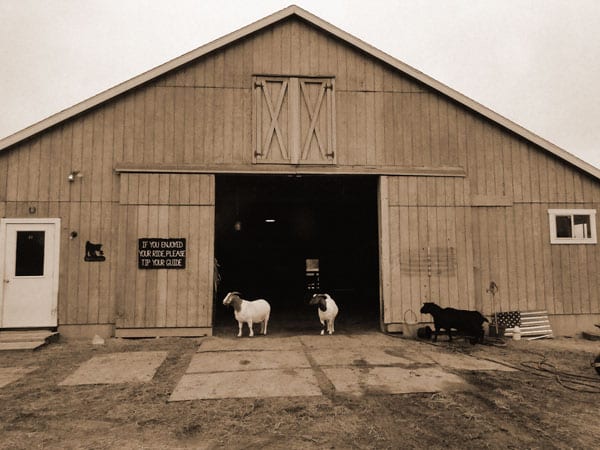 At least I didn’t have to tip a guide. Or a goat. And I had insurance. No one was hurt even though our journey for a pony ride had ended in a bump.

Previous Post: « Kids Company Christmas Appeal – Give them some love!
Next Post: Found it. The perfect space book for kids. Professor Astro Cat’s Frontiers of Space. »