You are here: Home / Photography / Sheep in the Forest 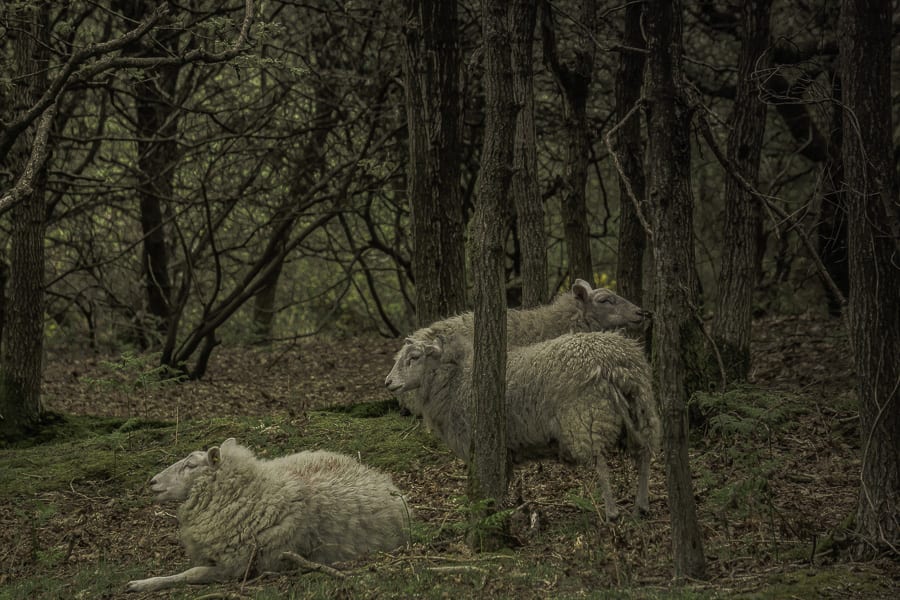 I was tempted to name this photo ‘lost sheep in the forest’ but they weren’t lost. These three were part of a flock allowed to graze in the Ashdown Forest, presumably owned by a Commoner. But, thanks to me, my three – my husband, Luce and Theo – had been lost nearby earlier in the morning.

Luce and Theo were taking part in the Jamboree on the Trail which is an annual day for the World Scout Movement to hike together. I sent them to the wrong car park in Ashdown Forest to meet their local Beaver group. Luckily after many frantic calls to get the correct directions they managed to catch up with the others.  When I went to pick them up after the hike, I was diverted by the sight of the sheep in the forest and had to run off and take some photos!