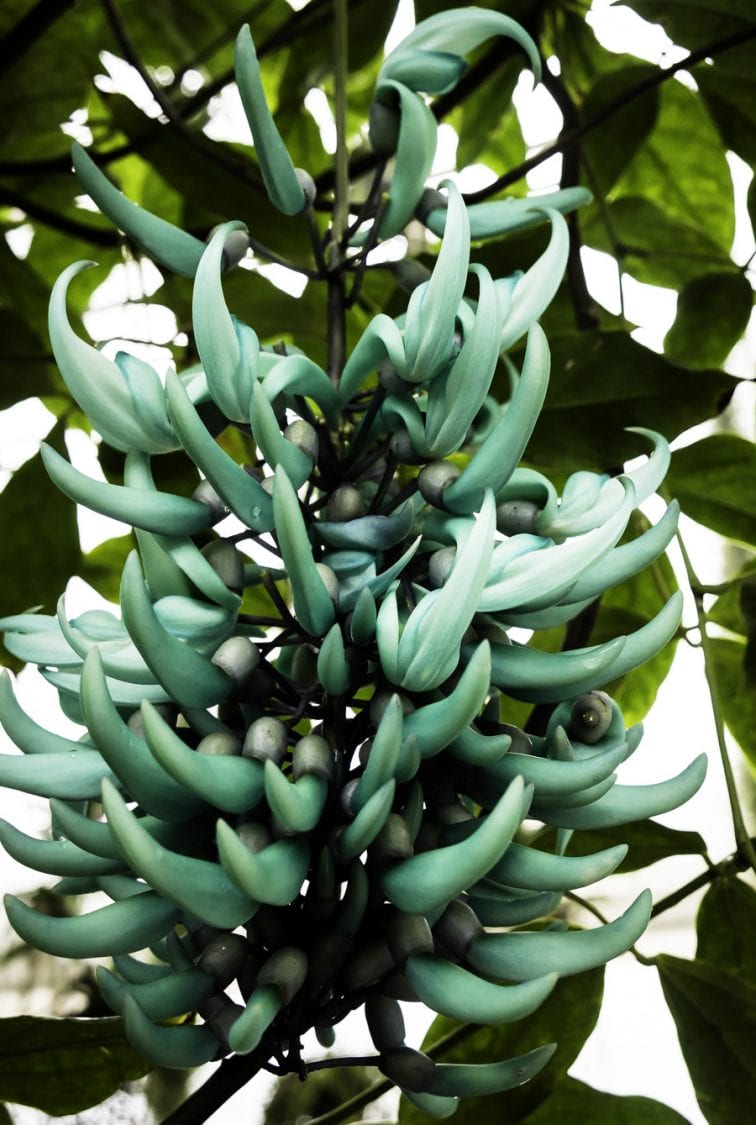 Is it made of jade? Look at that colour! my son exclaimed. That’s my favourite colour ever, my daughter added. We were inside The Glasshouse at RHS Wisley filled with exotic plants in its tropical, dry temperate and moist temperate zones. What was remarkable as we walked around – actually my kids ran – was the display of different flower colours.

I was soon filled with wonder at how nature has such a wide palette of colours, from the subtle to the vivid, from the speckled to the striped, when it comes to flowers. Back home I perused through my nature books and searched online trying to find basic answers to why flowers are so colourful. Was it an act of survival to attract pollinators? Is it the scent or colours that attract insects to flowers? Bees and other insects also see colours differently from us including those in the ultra-violet range.

It seems that scientists are still debating the mystery of flower colours. Back in 1793 the German botanist Christian Konrad Sprengel explained that flowers were not here to please us humans but to attract pollinators in his book about “The uncovered mystery of nature…” Two centuries later scientists wrote in a paper on flower colour published by The Royal Society:

“Seemingly trivial questions such as ‘why don’t all flowers have the same colour?’ or ‘what is the biological meaning of the diversity of flower colours we see?’ remain unanswered.” 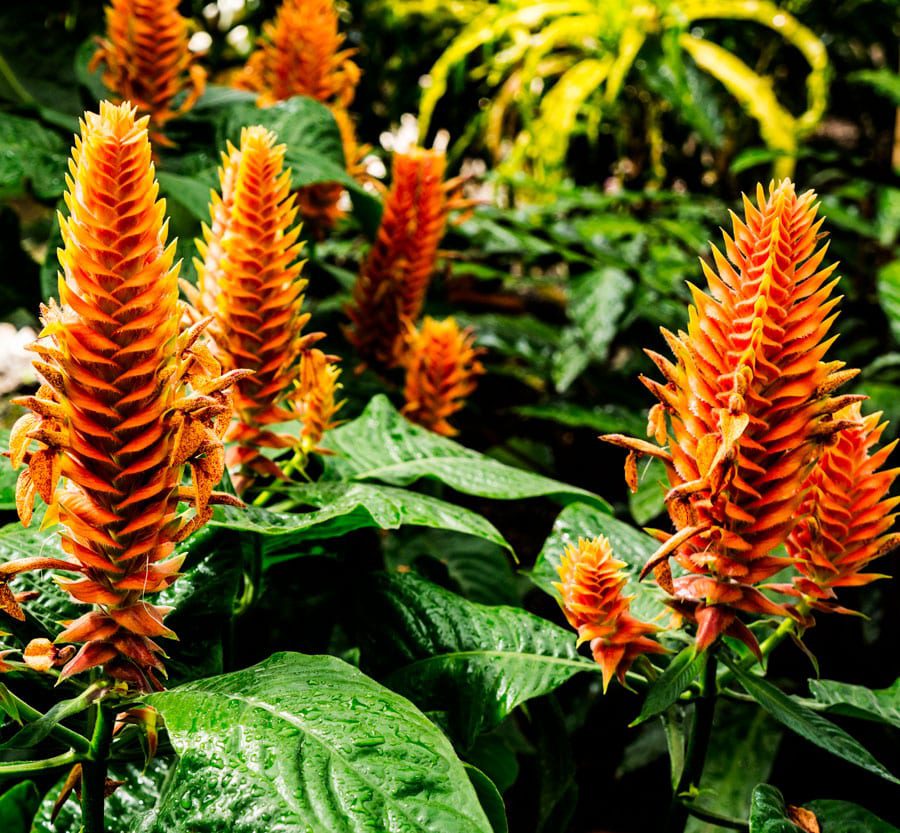 During a recent meet up at RHS Wisley what personally struck me was the blast of colours as we went from one garden to another, indoors or outdoors. 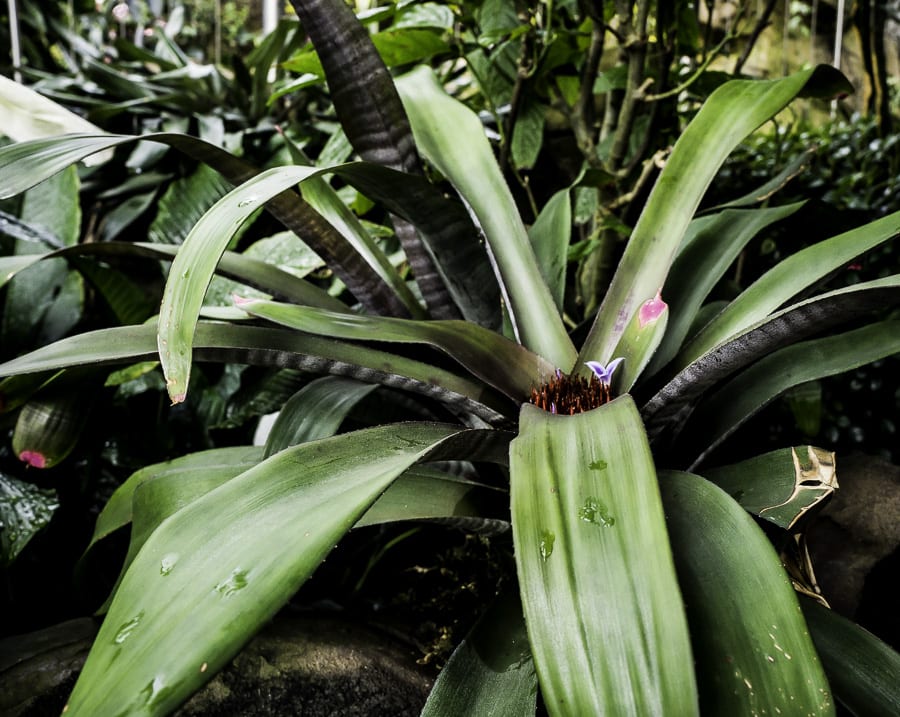 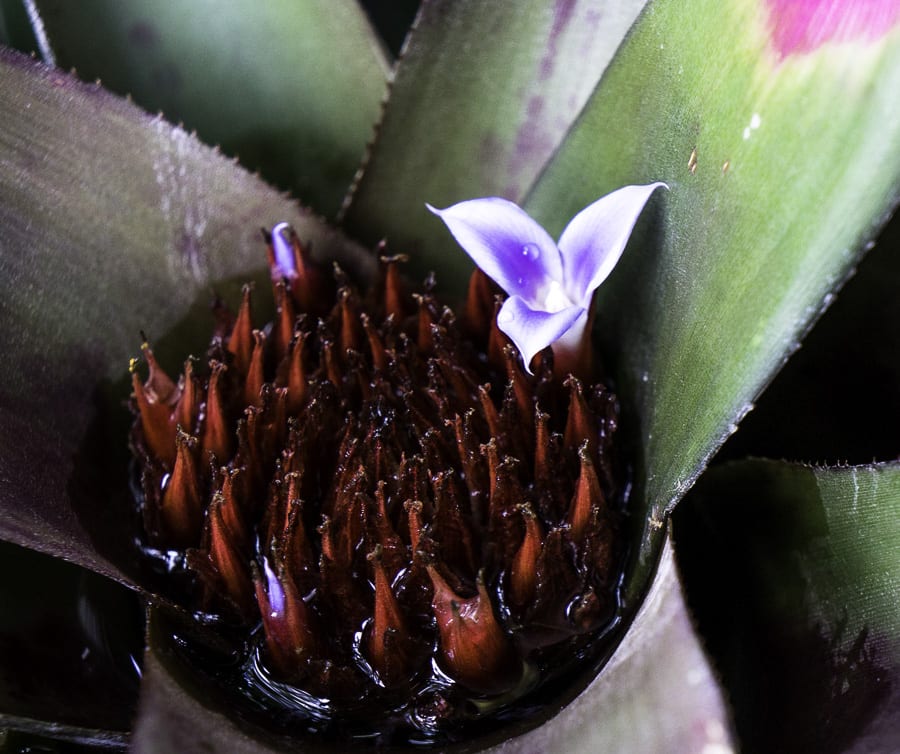 At the peak of Tulipomania in the 17th century, what astounded collectors was the sheer diversity of shapes and colours in tulips. The multicoloured effect on many of them we now know was caused by a virus spread by aphids. But we still gawp at the brightness of tulips such as I viewed at RHS Wisley or recently at a tulip festival at Standen House. Many are now hybrids cultivated to adorn our gardens with spring colour or in vases inside our homes. 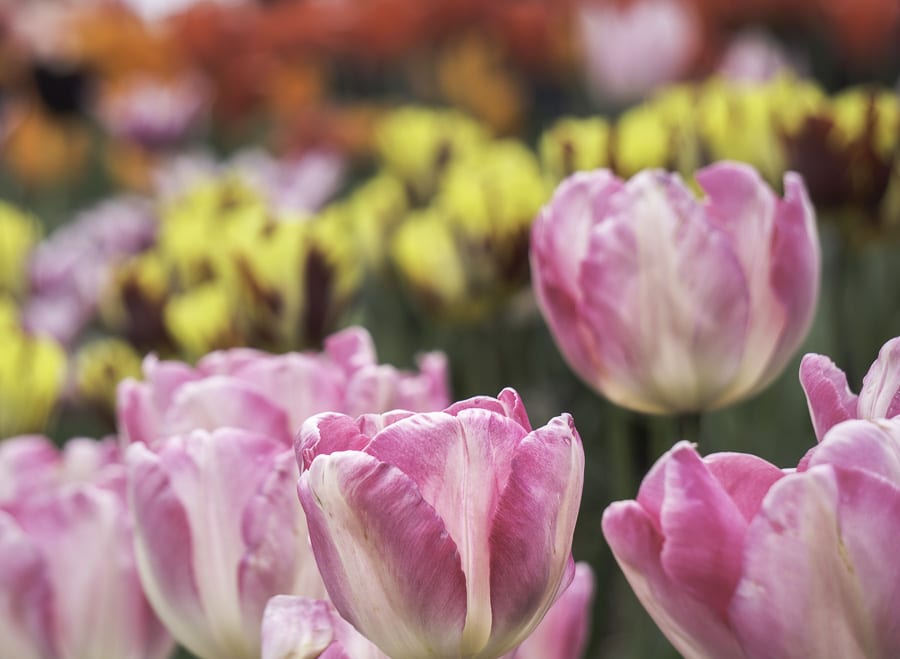 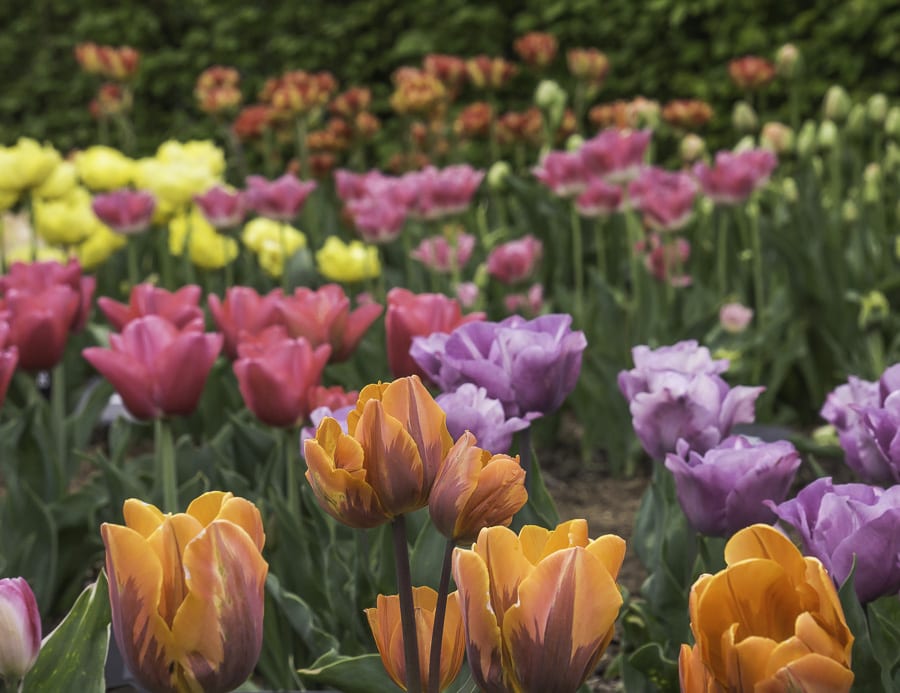 In the alpine houses at RHS Wisley, tiny flowers grew amongst the rocks. But this did not diminish the power of their petals’ colours. 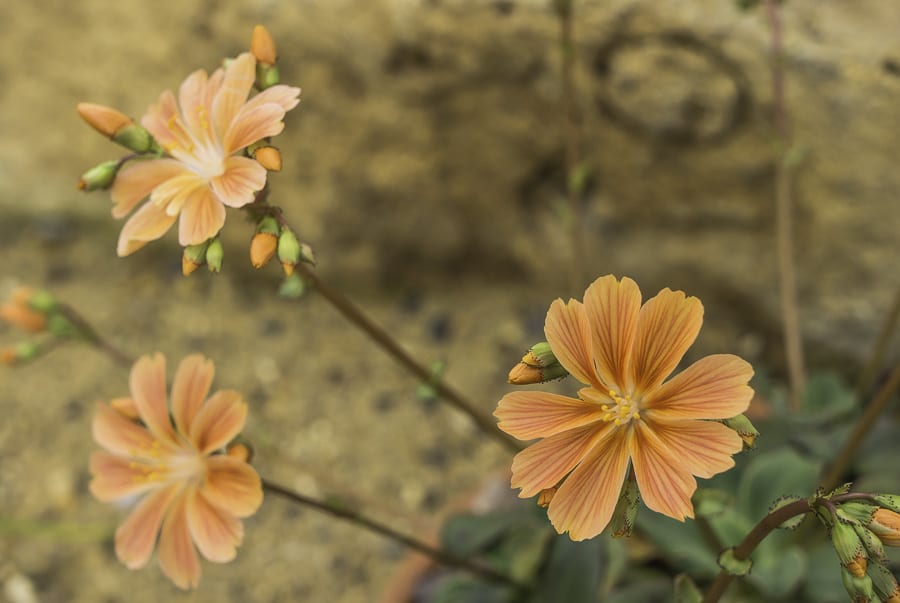 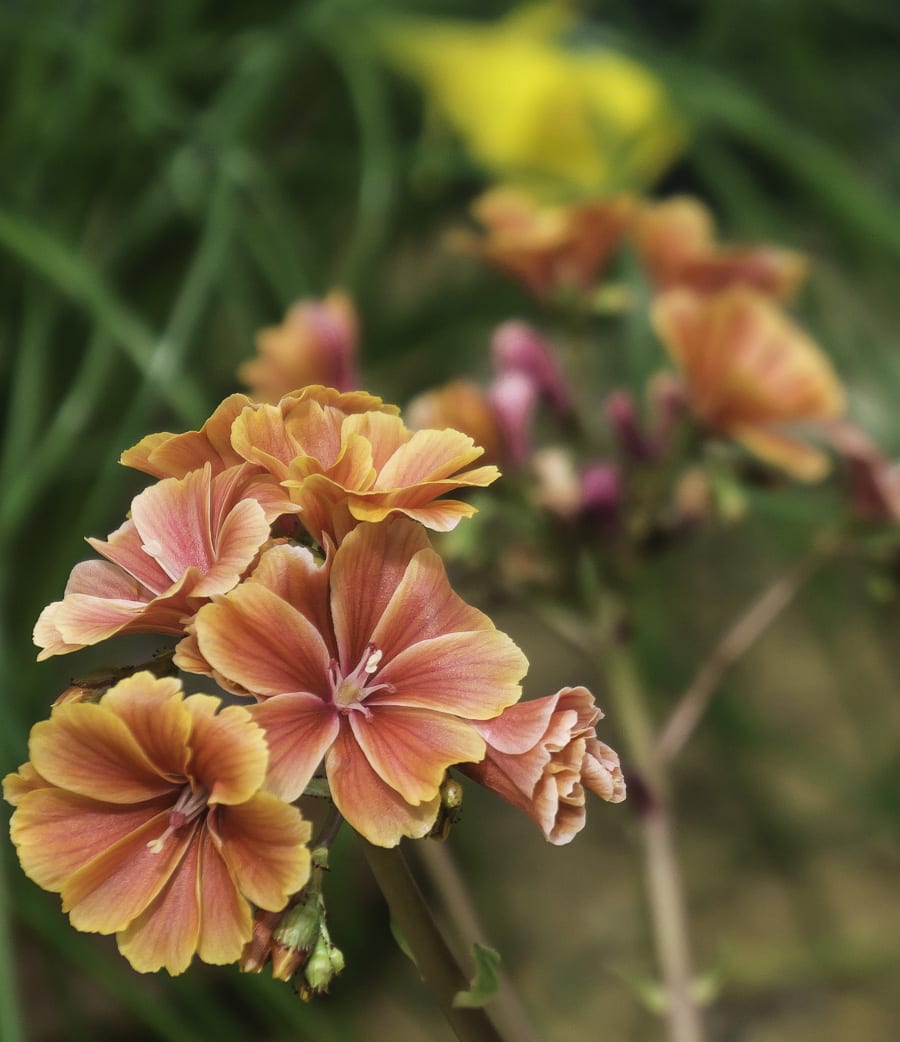 There have been a multitude of studies showing that bees prefer blue or even violet flowers. When we recently moved house I placed our red and blue candle lanterns on a deck. I’ve had to put the blue one away as it turned into a non-stop bee trap. Not once did I have to free a bee from the red lantern even though it had a blue candle inside it.

“…tests showed that bees preferred warmer plants and could learn to identify the hotter species by the colour of flowers.” (BBC report) 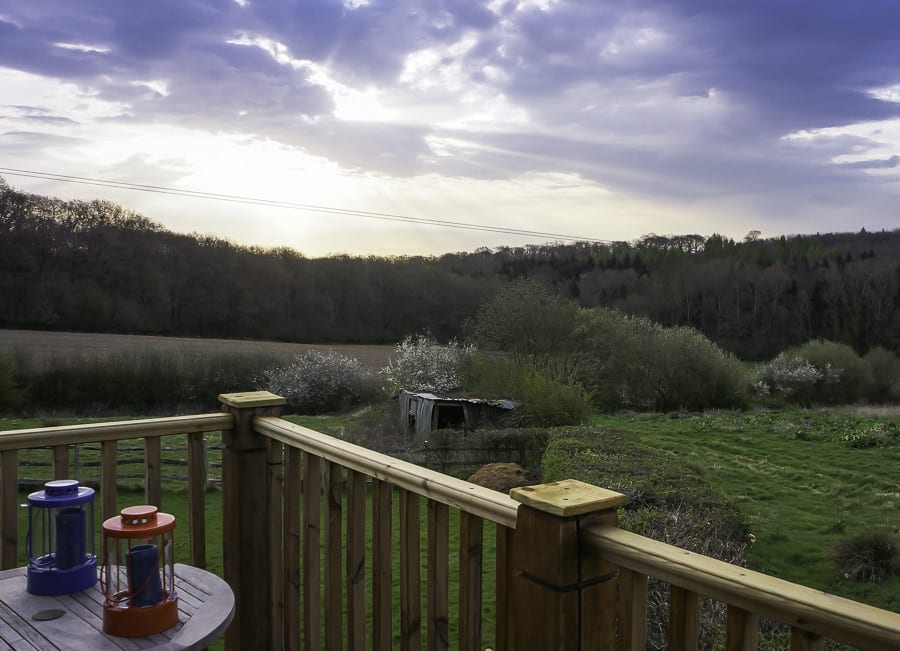 Birds, however, are known to be attracted to red flowers rich in nectar. Once again it’s still a bit of a mystery why bird-pollinated flowers are usually red! 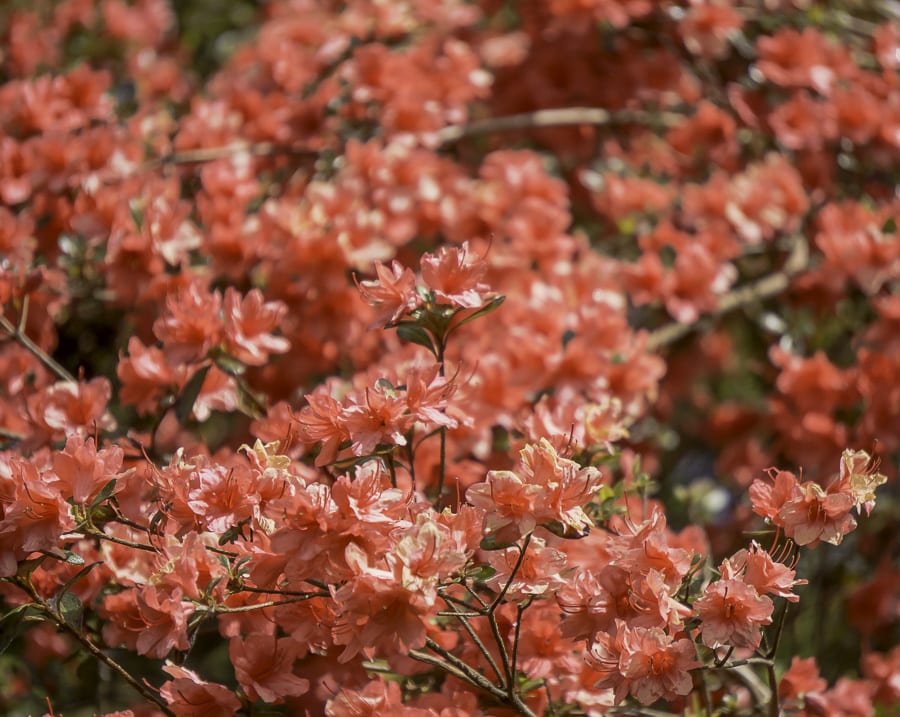 During my visit to RHS Wisley I discovered red and violet strains of one of England’s most spectacular wild flowers – the pasqueflower or Pulsatilla vulgaris. They only appear in late April and early May and are now considered ‘vulnerable’ in Britain. The bell shaped hairy flower opens up to display a central boss of yellow stamens. 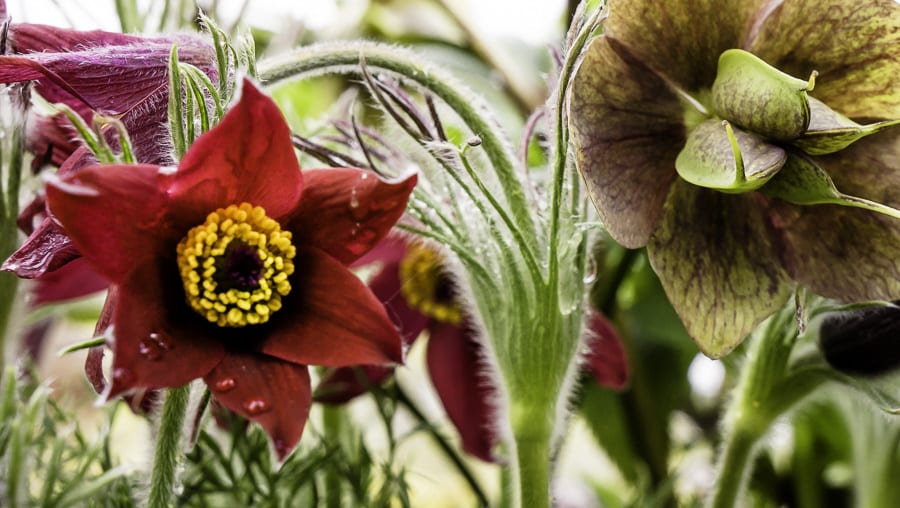 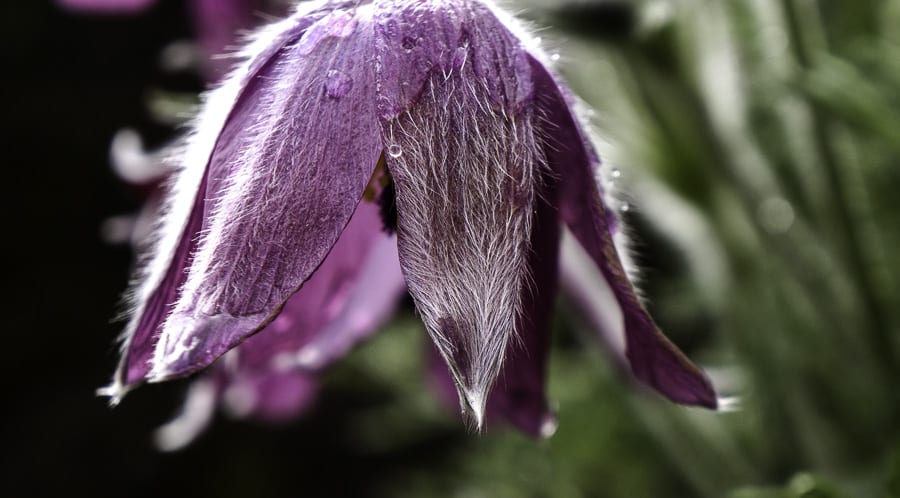 From the tropical orchids to the native but exotic looking pasqueflowers, so many had colours that made them stand out in a crowd – whether they were trying to attract bees, butterflies, birds or perhaps you and me. This week I’ve been marvelling at the sight of bluebells in the ancient woodlands around us – so much blue under the canopy of trees! I’ve had to explain to my daughter that it’s illegal to pick them as she wants me to regularly place a vase with blue flowers in her bedroom.

In the meanwhile, if my children ask me questions again about the wonders of flowers’ colours, I’ll now simply answer: It’s a mystery of nature.