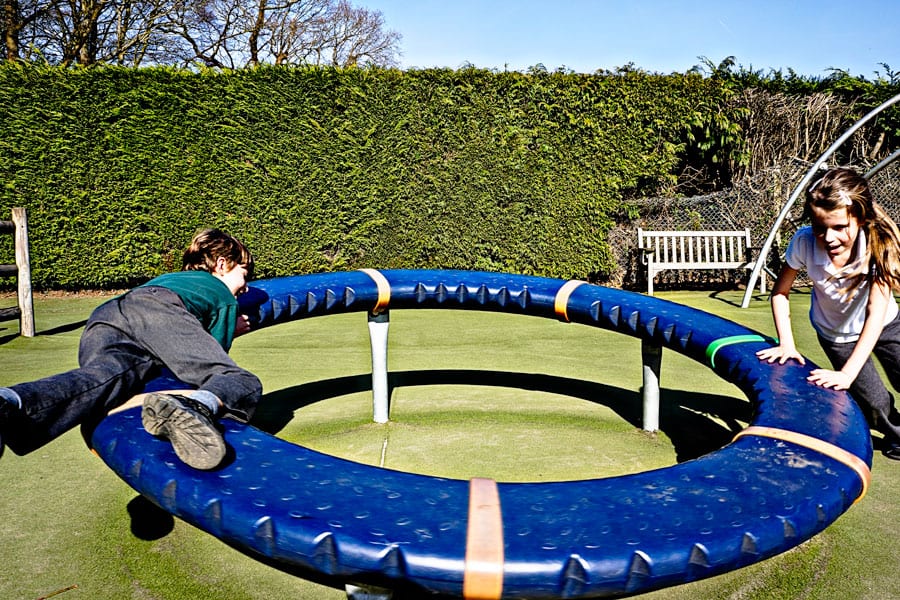 Do you remember having boundless energy? Running, swinging, leaping and climbing non-stop? Luce and Theo began the day early with tennis club before school. They told me they had P.E. outdoors at school but as soon as they hit the playground it was like watching fireworks explode.

What is it about kids and a playground? I’m not a playground mum. I like to take my kids on outdoor adventures exploring nature. It’s Dad who usually takes them to playgrounds but yesterday I had no choice but to let them loose in one. It was next door to the studio where my daughter has ballet classes. I hadn’t realised that ballet doesn’t resume until next week. 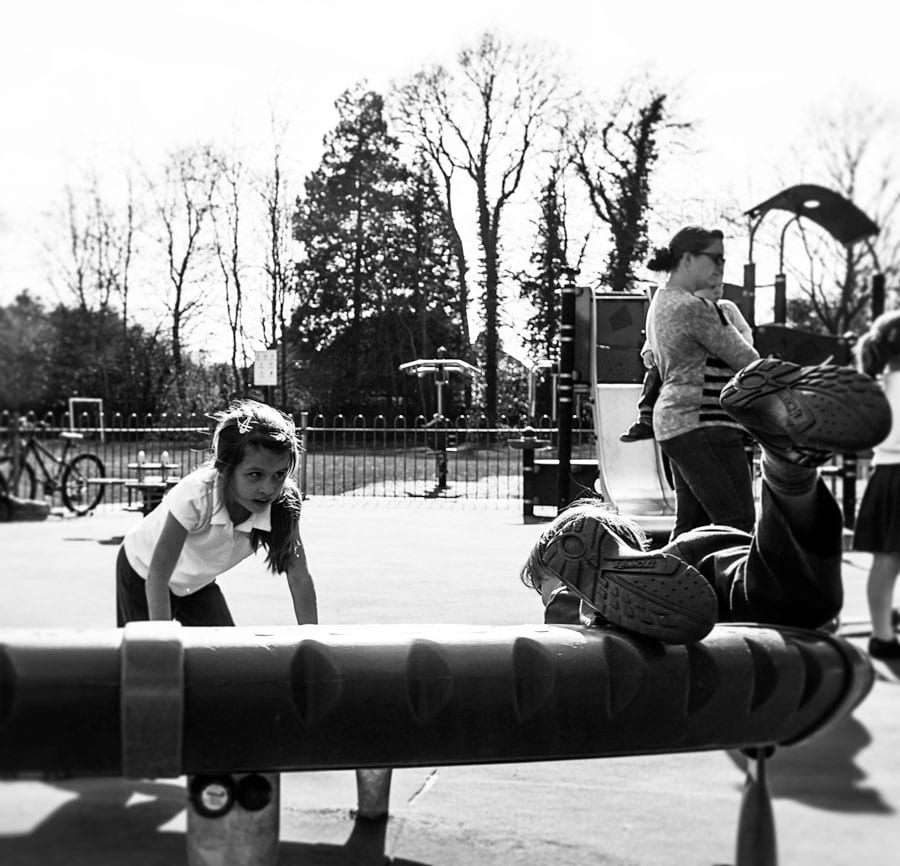 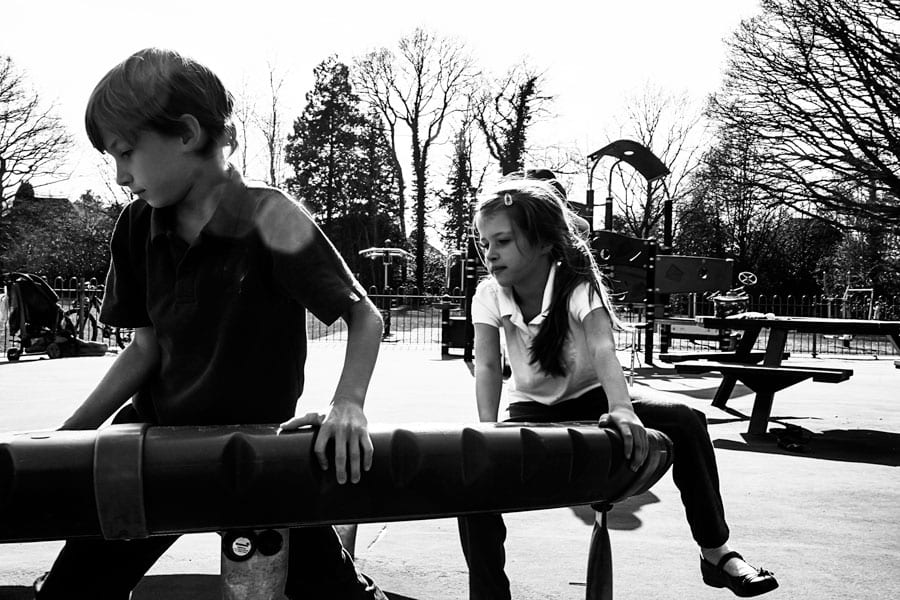 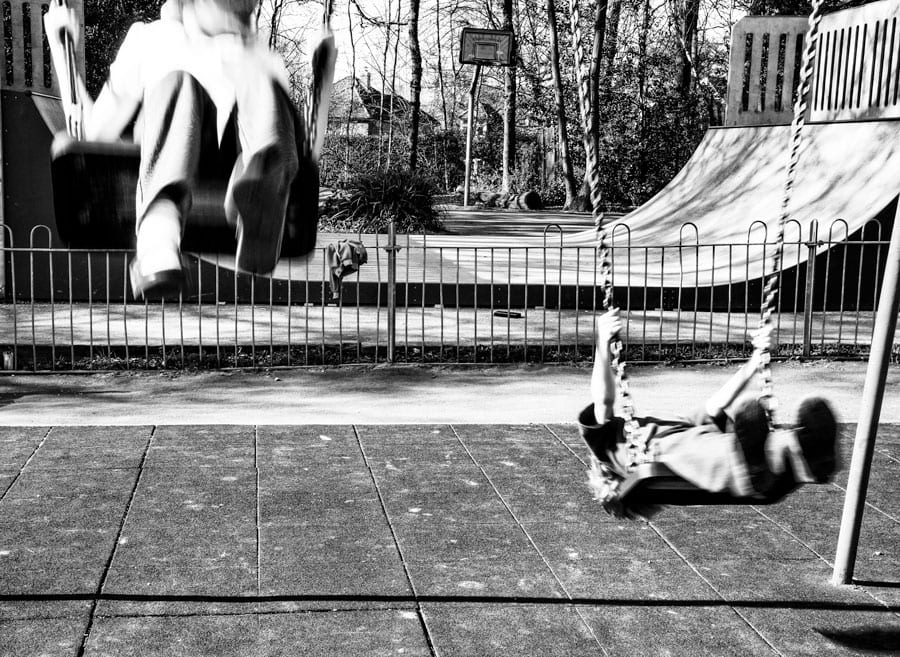 It was almost like Luce and Theo had choreographed a dance together. First taking turns whirling each other around on a donut thing (I’m hopeless on playground terminology). A brief play on the swings before they reached a skateboard ramp. Then back and forth running up and down the ramp, leaping together to the top of each side. They didn’t argue. They didn’t compete. Luce and Theo were partners in just having fun – a mutual joie de vivre in the playground. 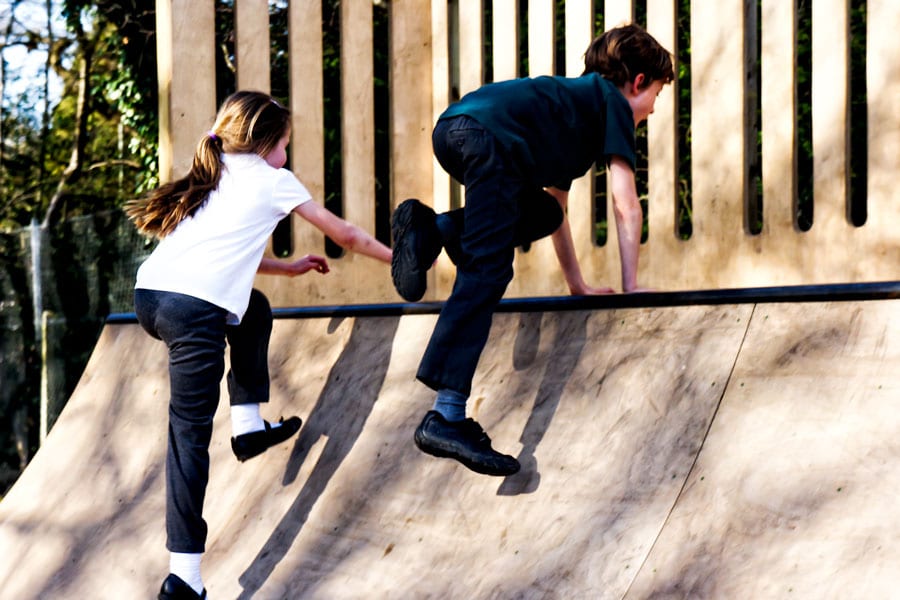 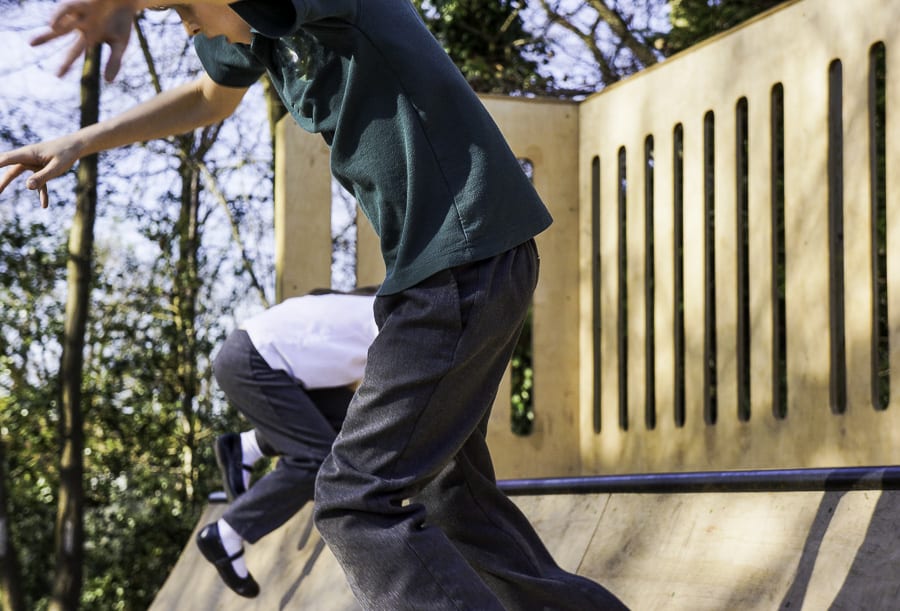 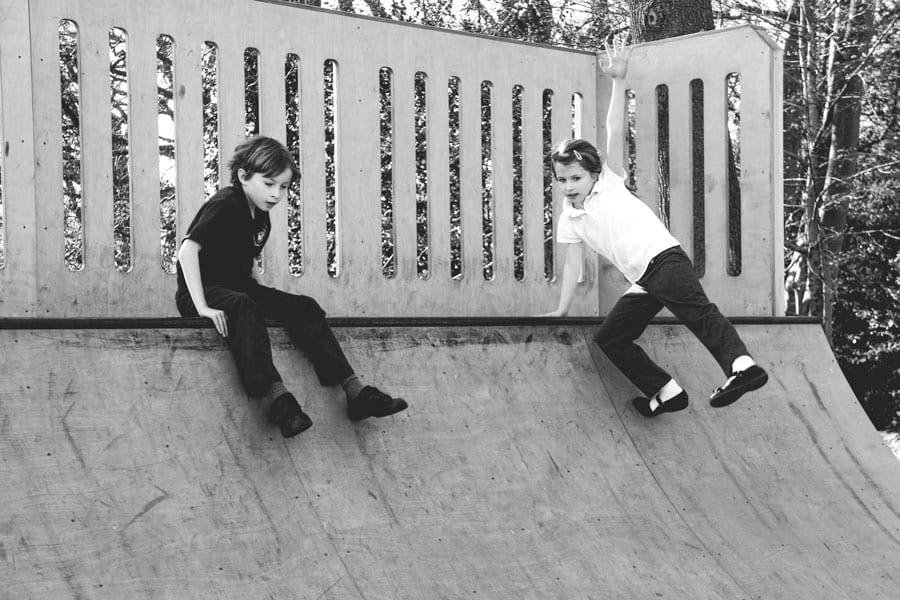 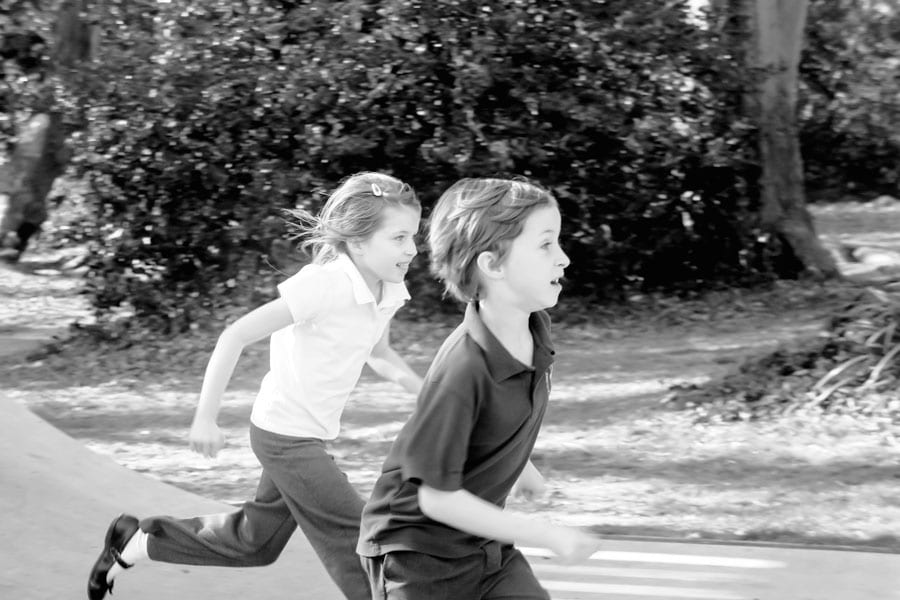 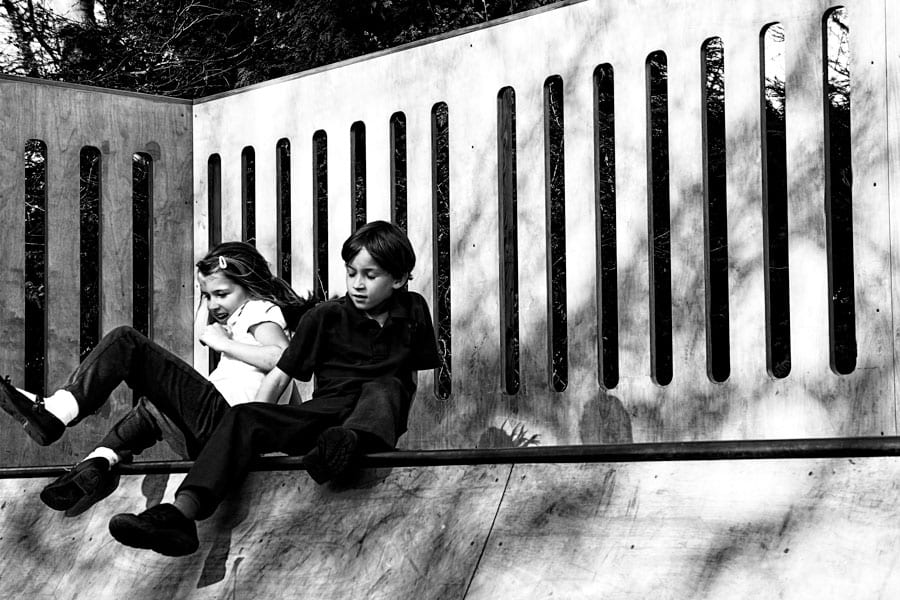 At one point they even wanted to hold hands while running down the ramp and reach the other side together. 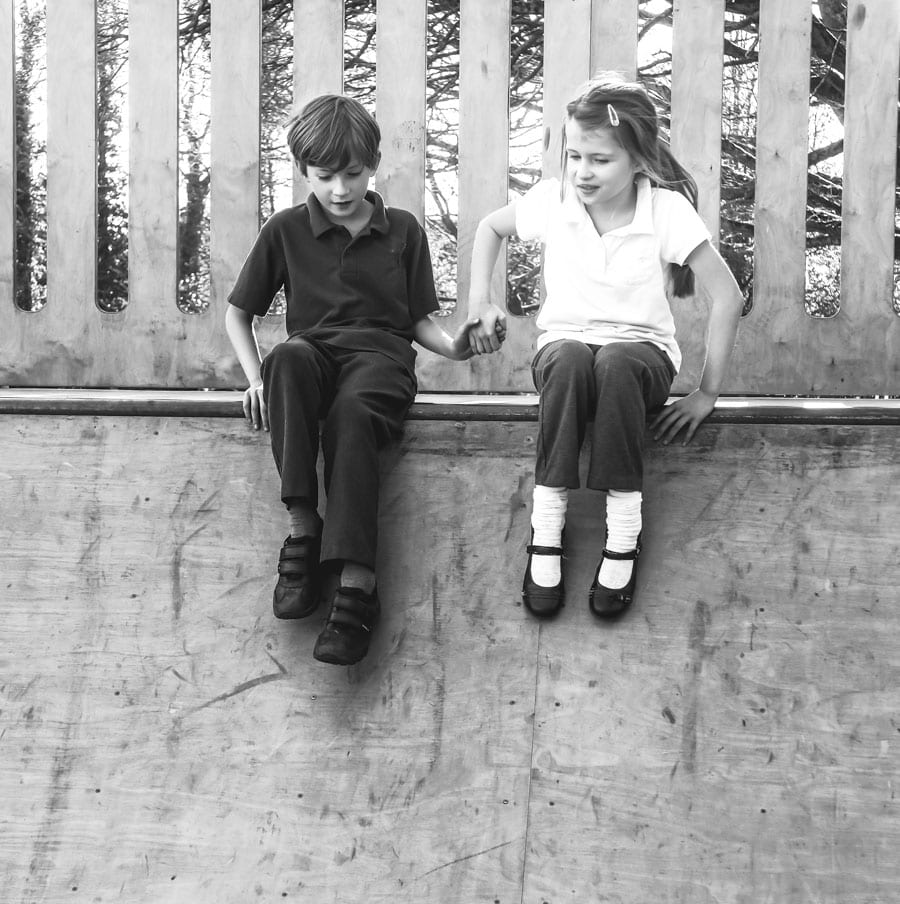 And as I took photos of my twins playing together with the same esprit, I thought of those childhood days when you just ran, leapt, climbed, swung and twirled without a pause.