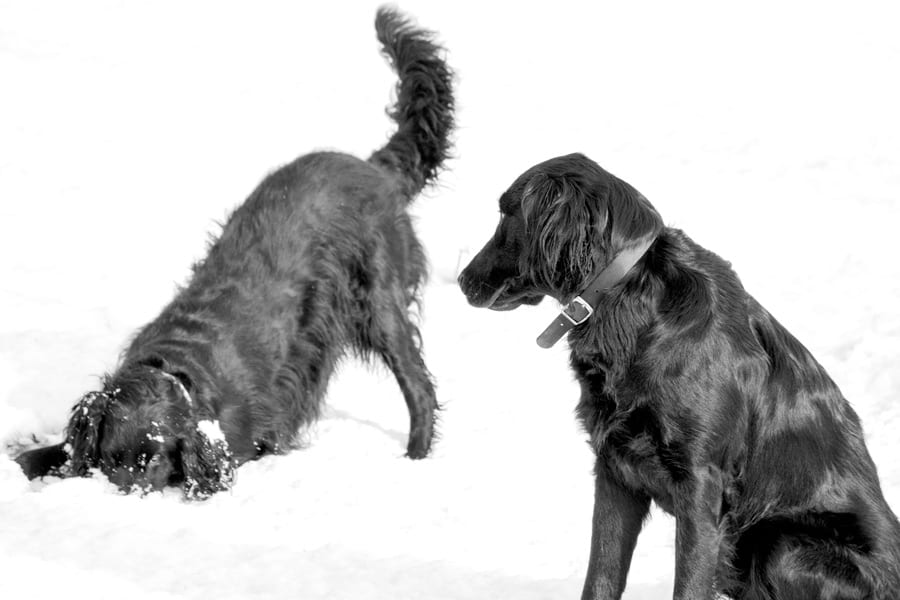 Last weekend Theo excitedly woke us up to tell us it was snowing. While Luce and Theo made snowmen, I went for a walk with two Flat Coated Retrievers. We were taking care of them for close friends who were away for the half term holiday. They’re a Mum and a Daughter….the dogs, not the friends! Mum – on the left – kept rolling and digging in the snow. Daughter – still under a year old – was a bit perplexed by all this fluffy white and wet stuff on the ground.  Ten minutes later Daughter was off chasing a herd of deer! Luckily she didn’t catch one although she came pretty close to her goal. The snowfall soon turned to rain so by lunchtime the only clues that there had been snow were two melting snowmen. Mum and Daughter chose to cuddle together in one of their beds in our kitchen for an afternoon nap after their snow play all morning.