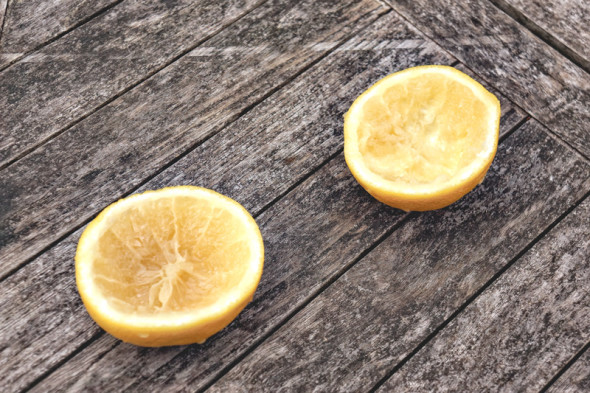 What is it that fascinates kids about bugs? We’ve decided to do the Grapefruit Trap experiment every season so my kids can see which creepy critters lurk in the garden over the year. A grapefruit will be the lure to bring the bugs to us – insects, spiders, centipedes, worms, slugs and all. 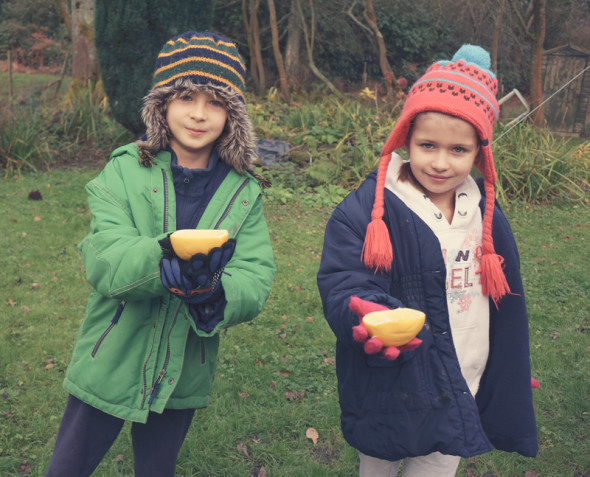 We did our first grapefruit trap on a cold winter day. There was frost on the ground in the morning but no snow.

Step one – Cut a grapefruit in half and scoop out all the fruity flesh. (Have the grapefruit segments for breakfast if you like them!)

Step two – Late in the day place each grapefruit half in the garden in a sheltered position. The hollow part should be face down on the ground. Choose two contrasting areas if possible. Leave them overnight. 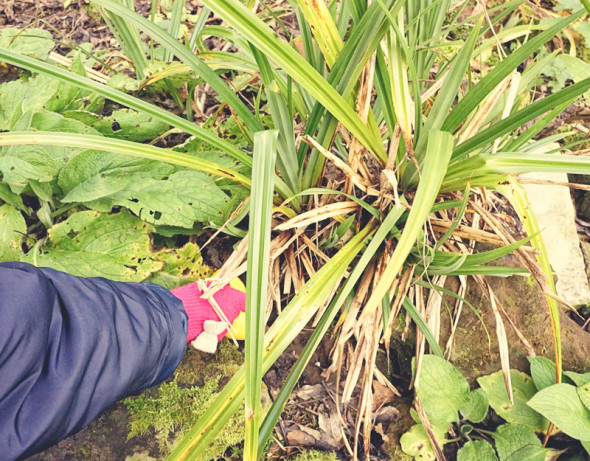 Luce placed one half in a damp area covered in rocks. 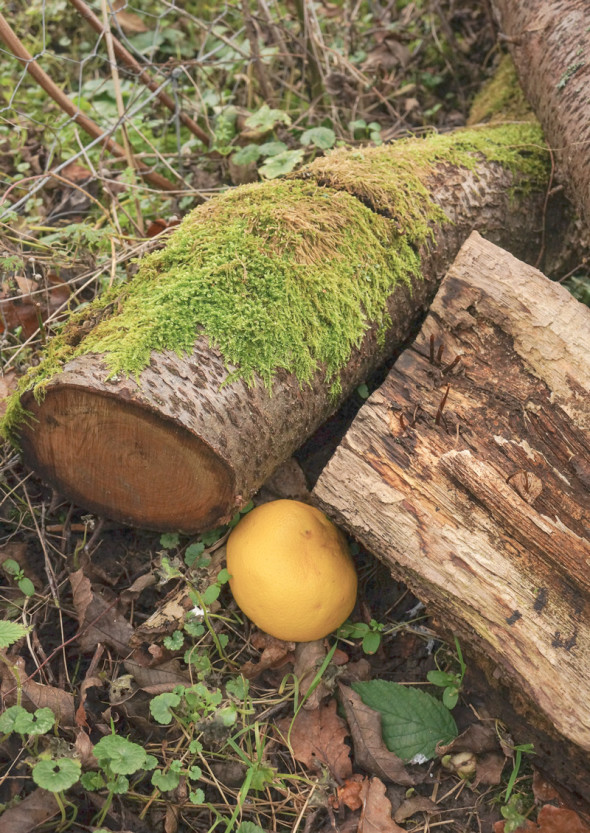 Theo hid his next to some old logs covered in moss.

Step three – The next morning, carefully pick up the grapefruit halves, turning them over so that nothing falls out of them. We put them on top of a sheet of white paper on a table outside. 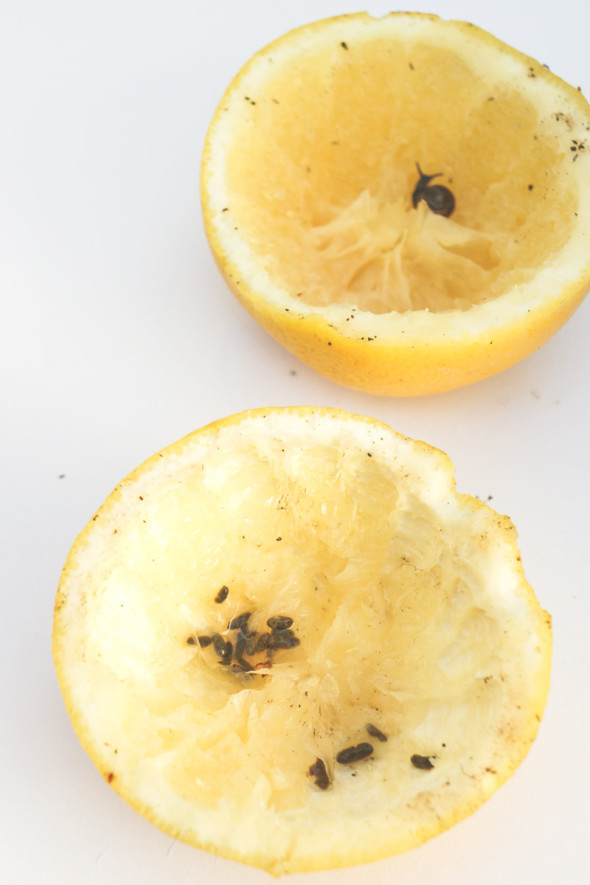 Step four – Find out what each grapefruit half has trapped.

Theo was rather keen on examining and comparing the two halves. Luce decided she didn’t want to have a close up view. 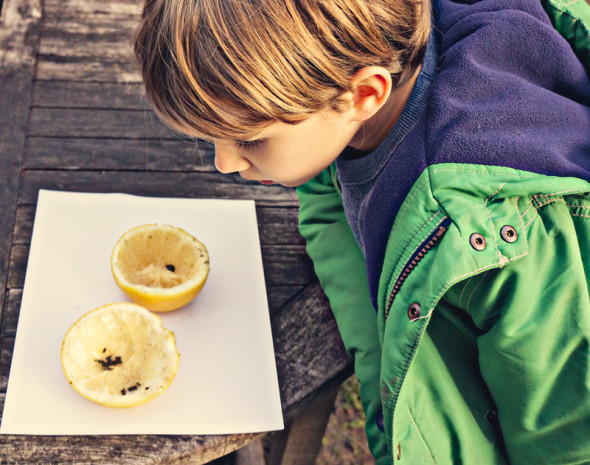 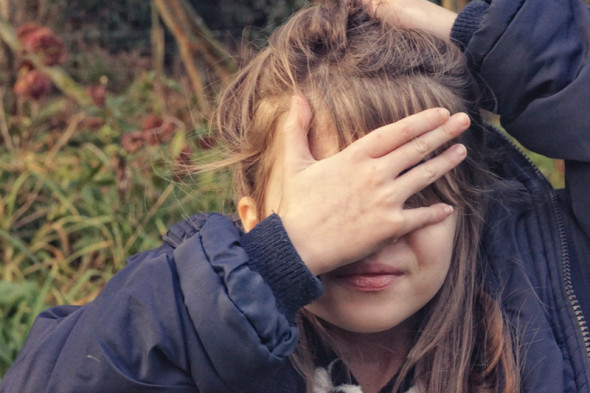 So what did we find in our winter grapefruit trap? 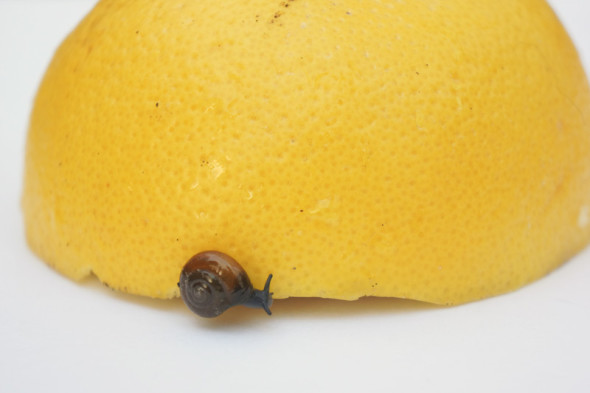 The grapefruit half next to the logs only trapped one little mollusc – a baby snail. 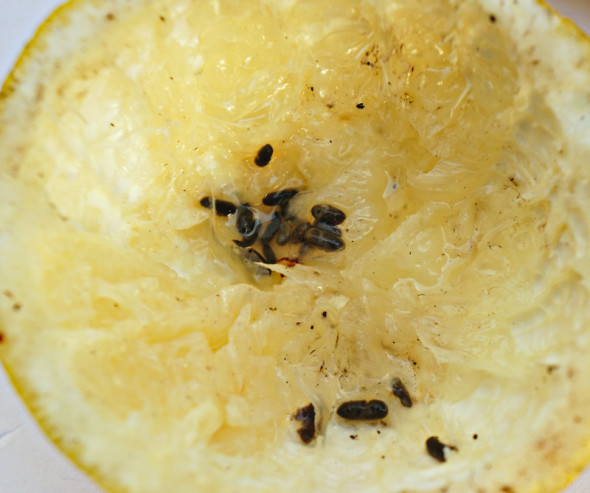 The other half, which was in the damp rocky area, had lots of small critters. Pupae or larvae that is the question…

I found out about this experiment in the Nature Ranger book by Richard Walker. A great book filled with nature activities and facts for kids. Many gardeners also know the grapefruit trap as they use it to catch and get rid of slugs in the garden.

Grapefruit trap for all seasons & locations 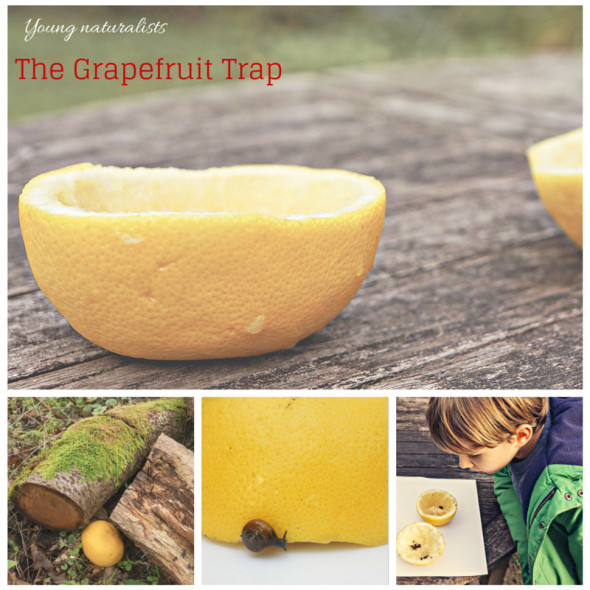 But we’re going to do the same winter experiment in the spring, summer and autumn (fall) – it’s such an easy and fun way for kids to learn more about bugs. The plan is to observe whether we catch lots more in one season and/or if there’s a big difference in the types of invertebrates depending on the weather. Perhaps if we go on holiday somewhere (wouldn’t it be nice if it was tropical…) we could try the grapefruit experiment in a completely different location and climate.

Bets are on that the grapefruit trap gathers the most bugs in the summer. Or perhaps on a wet spring day?