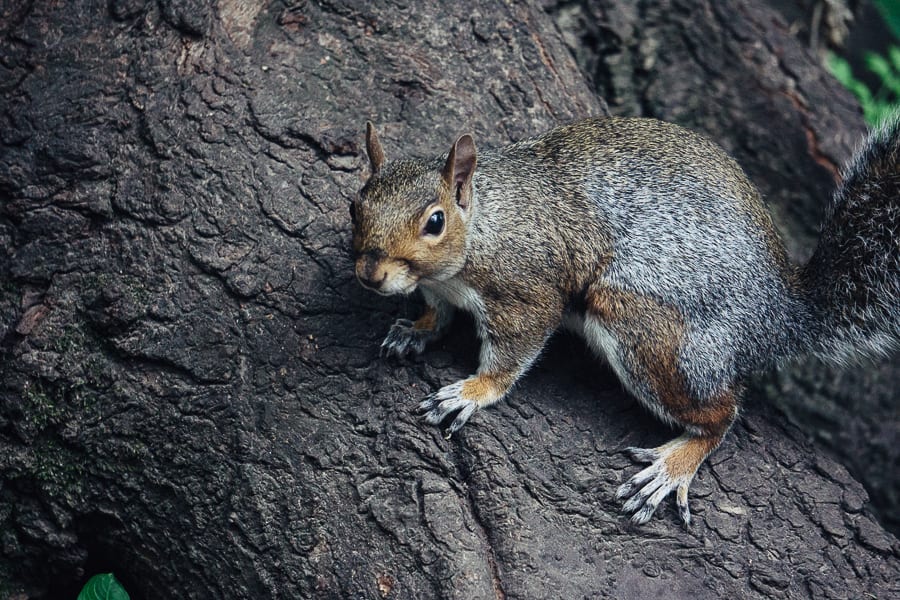 To a Squirrel at Kyle-Na-No

Come play with me;

Why should you run

Through the shaking tree

As though I’d a gun

To strike you dead?

When all I would do

Is to scratch your head

And let you go.

This poem by the Nobel Laureate Irish poet W. B. Yeats was first published in 1917. Kyle-na-no was one of the woods at Coole in Ireland. It was first spelt as Kyle-na-ngo but became Kyle-na-no in The Collected Poems by W B Yeats edition.

In his Reveries over Childhood and Youth, Yeats wrote, “I fished for pike at Castle Dragan and shot at birds with a muzzle-loading pistol until somebody shot a rabbit and I heard it squeal. From that on I would kill nothing but the dumb fish.”  Yeats wrote another poem in 1916 called ‘An Appointment’ about ‘the proud, wayward squirrel.’