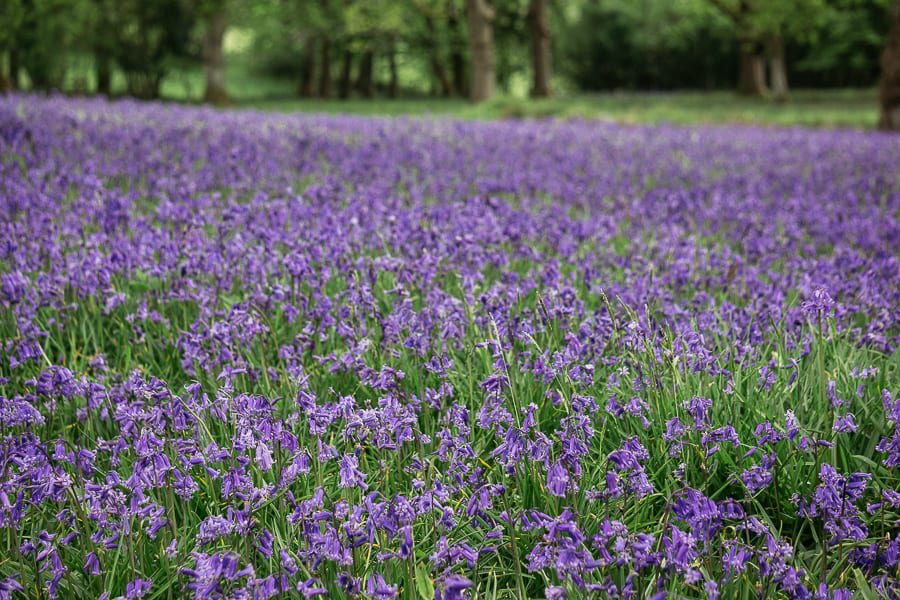 One of the most stunning spring sights in Britain is woods filled with bluebells. Already now in March, if you take a walk in any of the ancient woodlands or parks, you can see their green shoots everywhere. Oh so soon these woods will be shimmering with violet blue flowers to make our hearts sing! 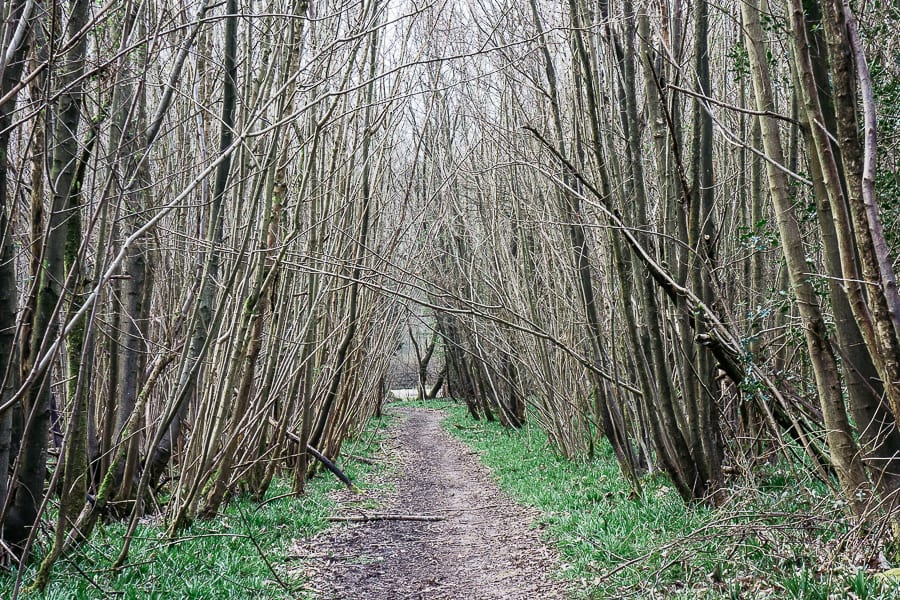 My twins, Luce and Theo, are now keen on regular expeditions to the nearby woods since I told them about the Big Bluebell Watch by the Woodland Trust. We’re planning to put on the map where we’ve first seen bluebells as part of a UK-wide survey on the arrival of spring. I’ve learnt first-hand how much Luce and Theo observe nature around us by being part of a survey – such as the Big Garden Birdwatch. They are a fabulous way to make it fun for kids to be young naturalists. 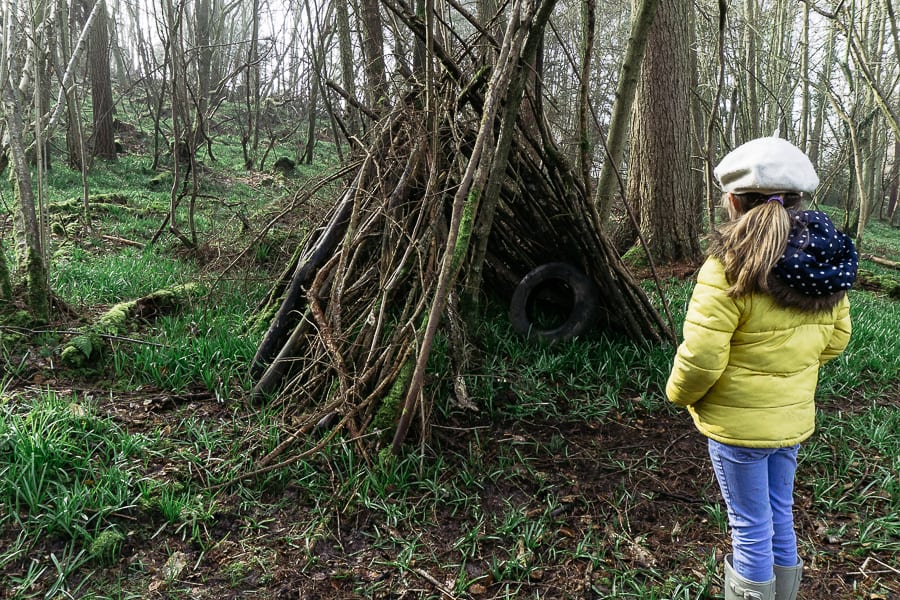 I’ve also started reminding my twins that they should neither pick or trample on bluebells. If we go off path – such as near their den in the woods – then we’ve made sure to follow animal tracks so that we don’t step on them. I’ve also told them 10 surprising facts about bluebells.

My daughter pointed out to me the first flowering bluebell on a recent walk. It’s tiny petals covered in dew were beginning to open. And then in another part of the woods we saw a few more lone bluebell flowers. 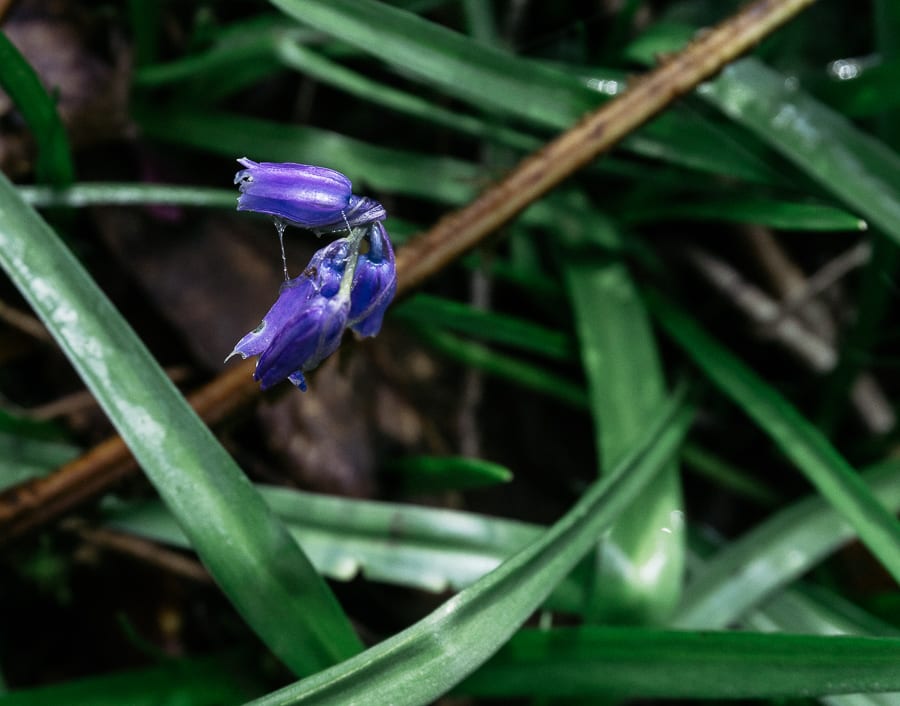 Is it too soon I wondered? Tap, tap, tap my fingers went as I searched online. That’s when I found out I should join in and record our first sighting of bluebells. You can register with the Woodland Trust and record your first sightings as part of their ‘Spring Watch.’

This is where every one of us nature lovers can help. Over 50,000 people across UK have been filling out a nature calendar survey by the Woodland Trust to help record the first flowerings, the first tree leafing times, and even the first sightings of blackbirds feeding their young.

Kew staff have been recording the first flowering dates of plants in the Gardens each year for over 50 years. This kind of study, called phenology, which links the timing of natural events, such as flowering, with the weather is very valuable in tracking the effects of climate change on plants and animals. The Kew results show that the dates on which the first bluebells open can vary by several weeks from year to year depending on the severity of the preceding winter.” Royal Botanic Gardens, Kew

So we’ve already spotted a couple of bluebells in two different areas of the woods near us. But one bluebell here and there is not enough. Yet. As soon as we see clusters we’ll record it. It helps nature organisations analyse wether climate change or even a cold winter has affected when the first flowerings occur. The flowering dates for bluebells vary every year but usually occur sometime between mid-March and May.

Look for trend setting flowering not just one bluebell flowering abnormally early. This should be easy because many bluebells often grow closely together.” The Woodland Trust

You can find out about joining the Big Bluebell Watch here and recording your first sightings here. 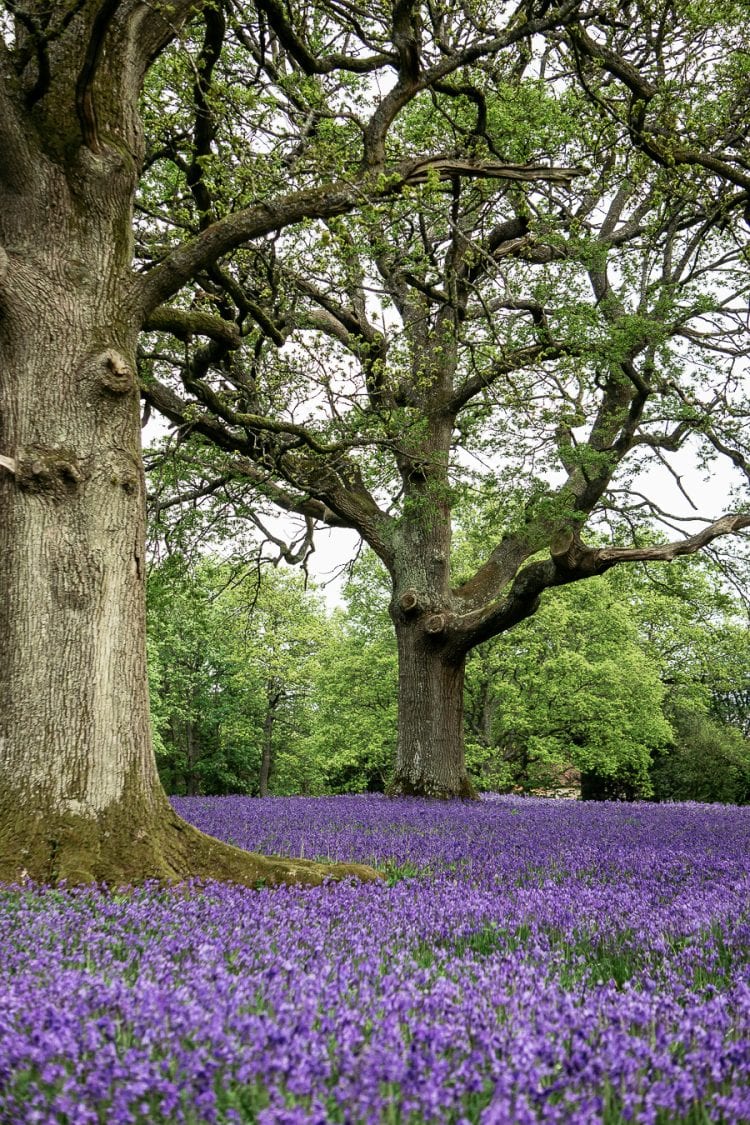 Soon we’ll be mesmerised once again by the breath taking beauty of these small flowers spreading across British woods and fields. We just need to disregard any Spanish bluebells which have crept into the landscape and make sure it’s the true native Hyacinthoides non-scripta bluebell species which has a violet tint, creamy-white pollen, a sweet scent, and flowers hanging down on one side with curling back petal tips. Have you seen any flowering bluebells yet?

Previous Post: « W B Yeats To a Squirrel at Kyle-Na-No
Next Post: A National Trust outdoors Easter egg hunt…with ducks! »