You are here: Home / Wild Kids / In the shade of an ancient and a giant

Not often can you go on a walk and encounter an ancient oak tree and a giant redwood. But we did. 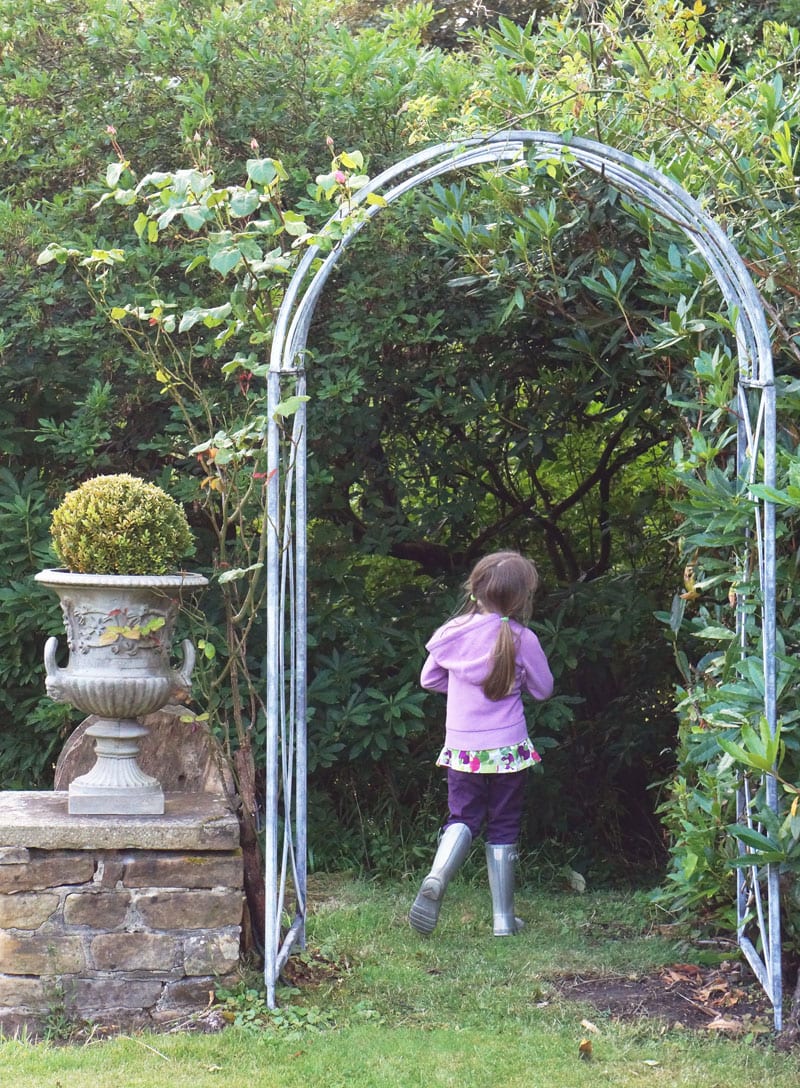 Our magical tree tour started through an arch covered in roses. First we found huge rhododendrons curling and twisting through the dappled shade. 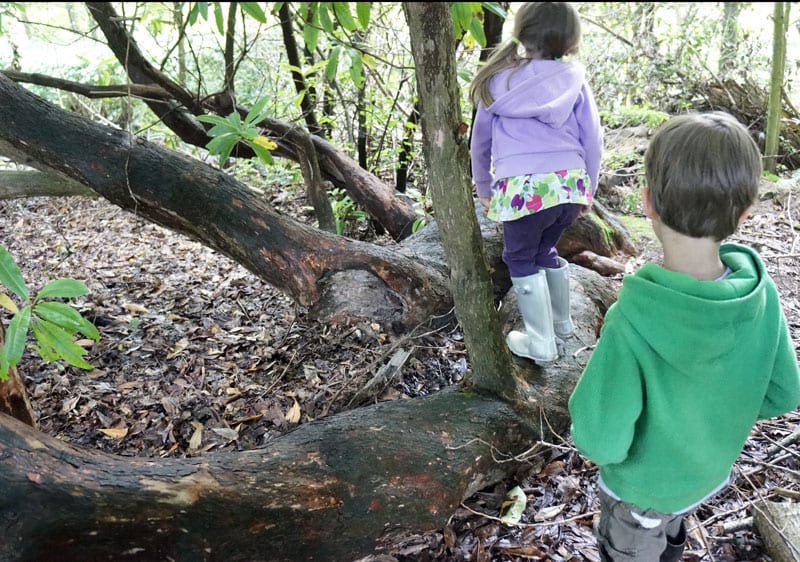 And then around a path and through an arc of shrubs, the ancient English oak came to sight. For hundreds of years, perhaps even half a century, it had grown while kings and queens had changed thrones. 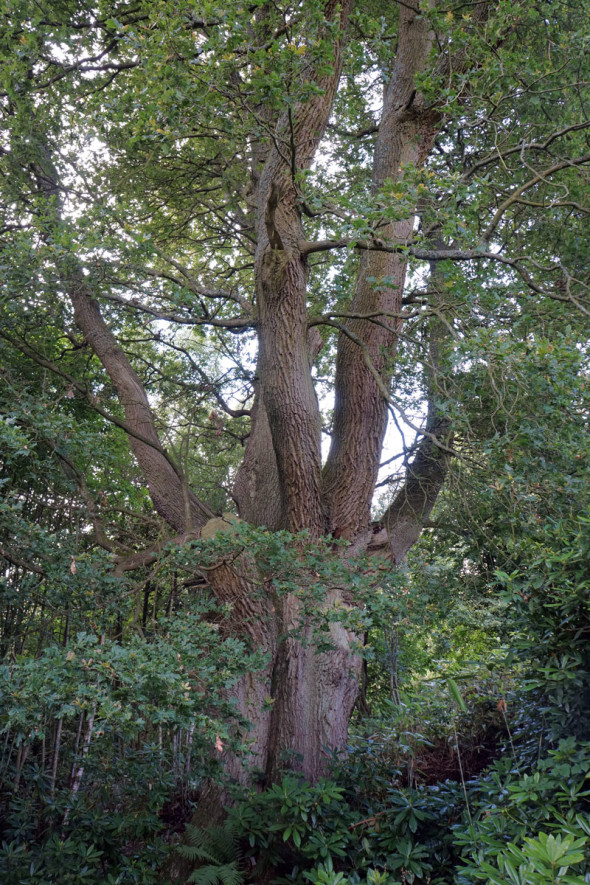 My children stared in awe at the large girth of this ancient oak. 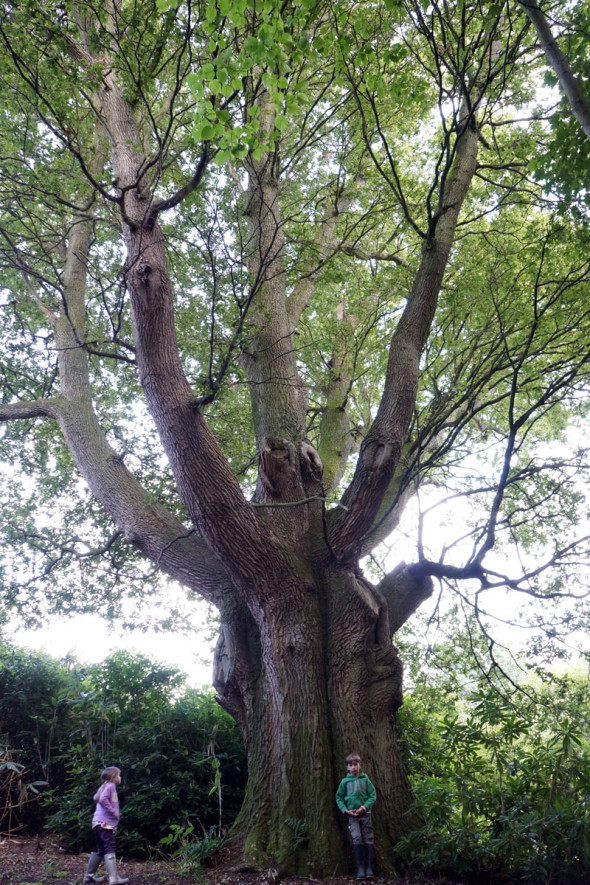 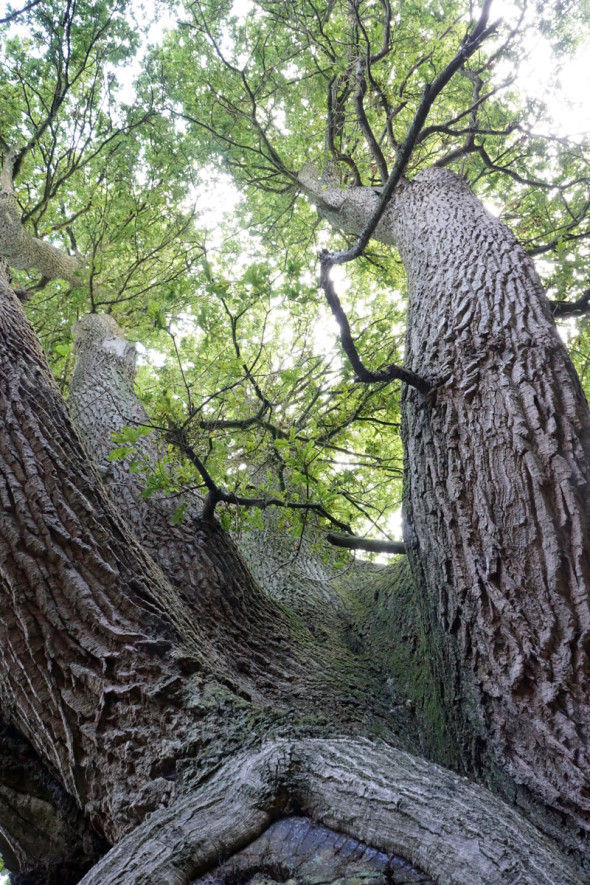 And a bird sang on one of its branches. 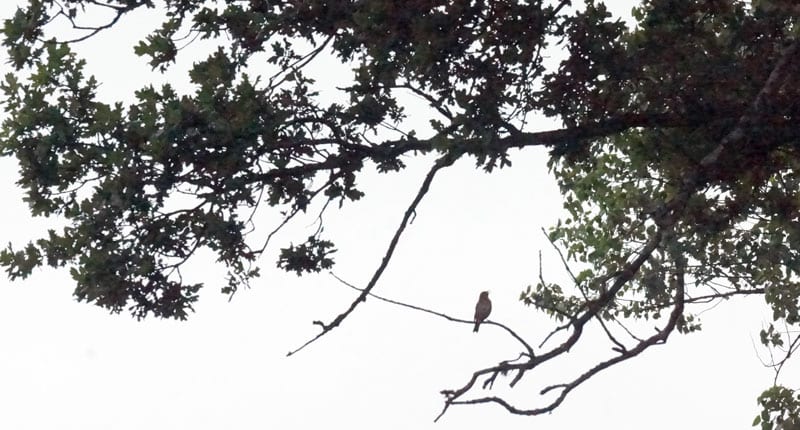 Then we weaved along more paths. A stick in hand while we passed moss covered trees or a fallen leaf filled with raindrops. 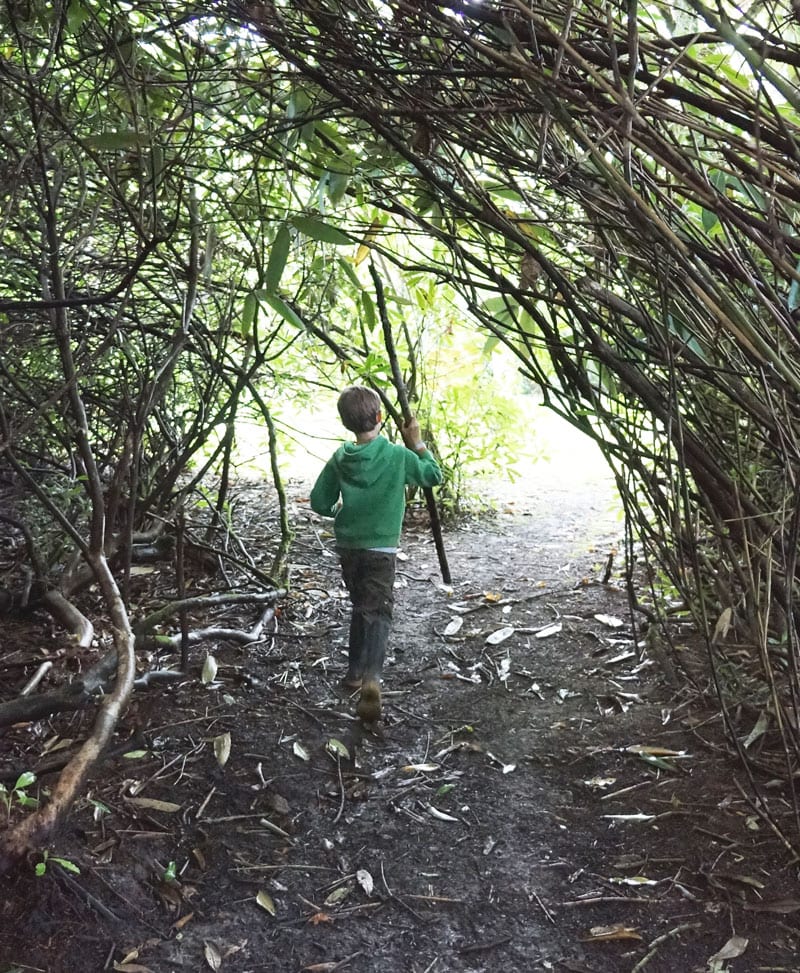 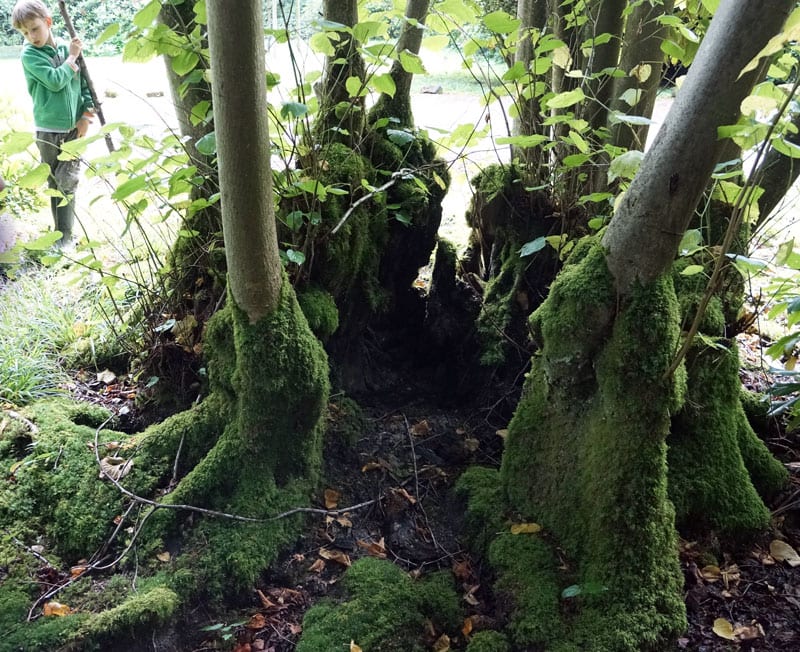 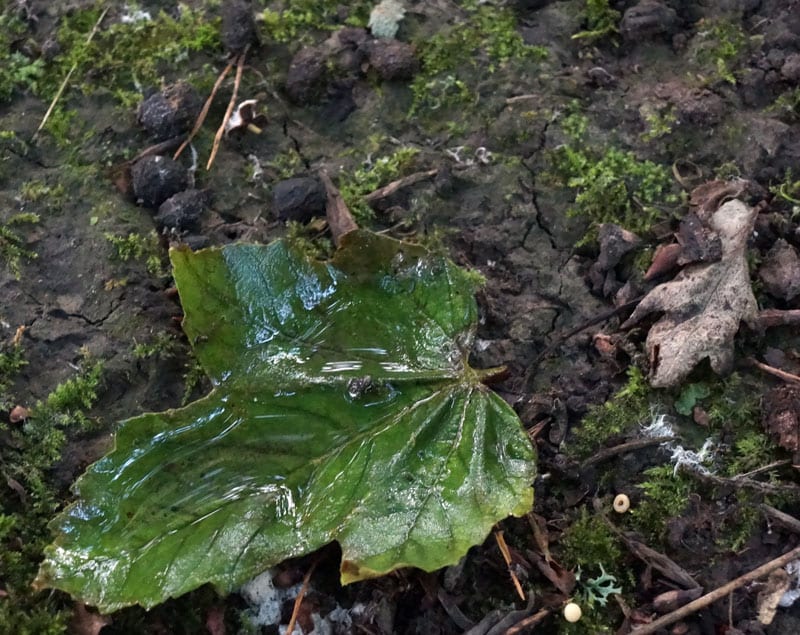 My son had always wanted to see the giant redwoods in the US, but he met his first one here in the English countryside.

A British plant hunter, William Lobb, brought seeds back to England in 1853 after an expedition to the US wilderness.  Soon it became very popular and fashionable amongst British landed estates to plant the seeds of these monumental trees. Lobb gave some seeds to a botanist at University of London who then first named the tree Wellingtonia gigantean, after the duke of Wellington who defeated Napoleon at Waterloo. But this created an outcry in the US that the world’s largest tree – discovered in the US – had been named after a British war hero! 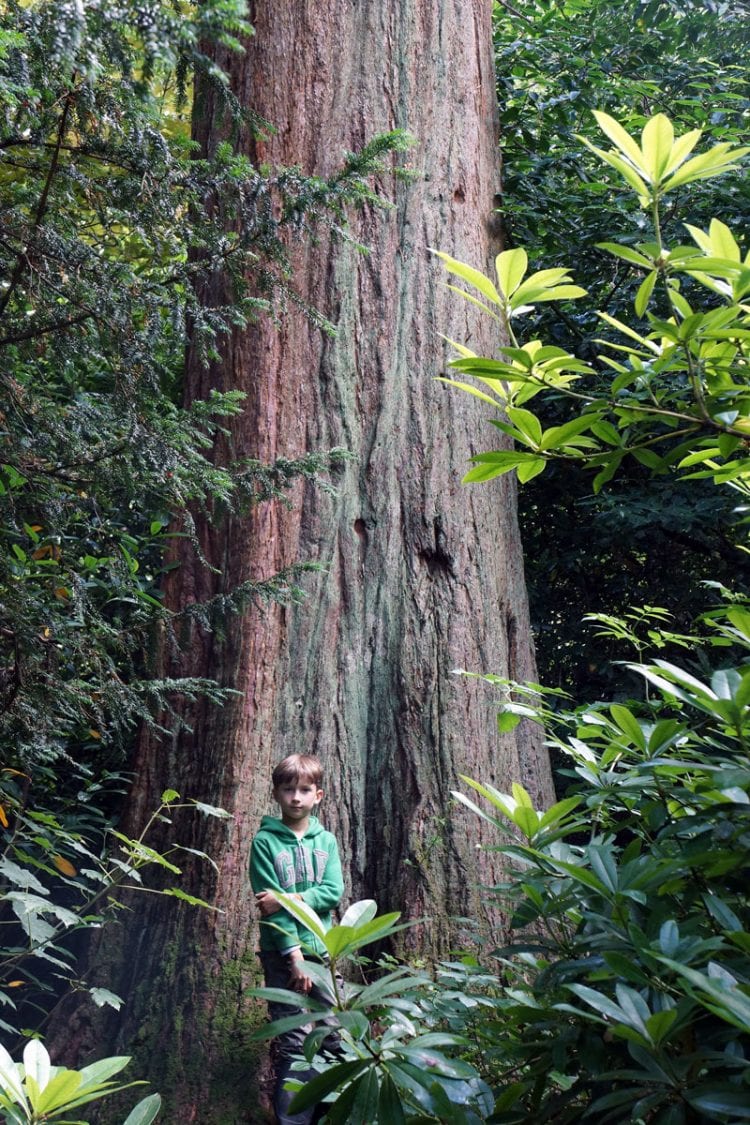 Nearby Wakehurst Place in West Sussex is famous for lighting up one of its giant redwoods every Christmas.

So the Soquiadendron giganteum is now known as the giant sequoia, giant redwood or the big tree, yet to this day is often called the Wellingtonia in Britain. 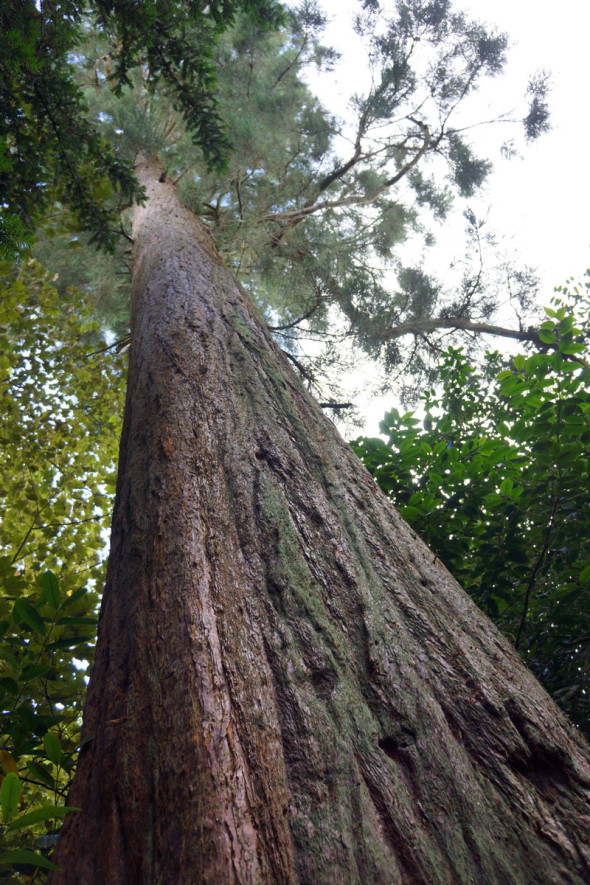 But the British giants are still young in comparison to some of the giant redwoods in the Sierra Nevada in California, many which are thousands of years old.

We smiled on seeing the berries of Lords and Ladies growing in its shadow. 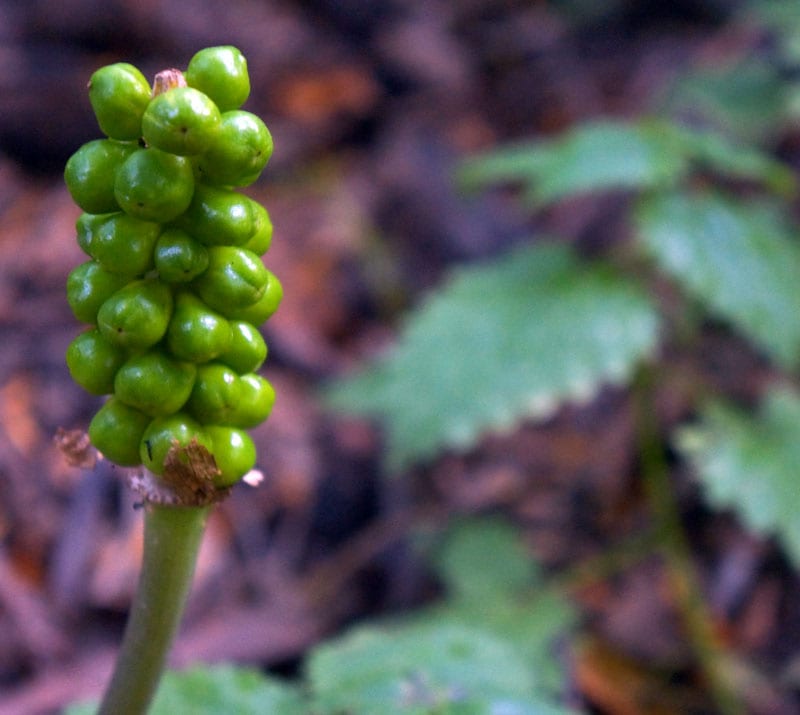 And as we left the woodland path the giant redwood originally from the US soared above the tree line while not far away a magnificent English oak grew elegantly in the shade. 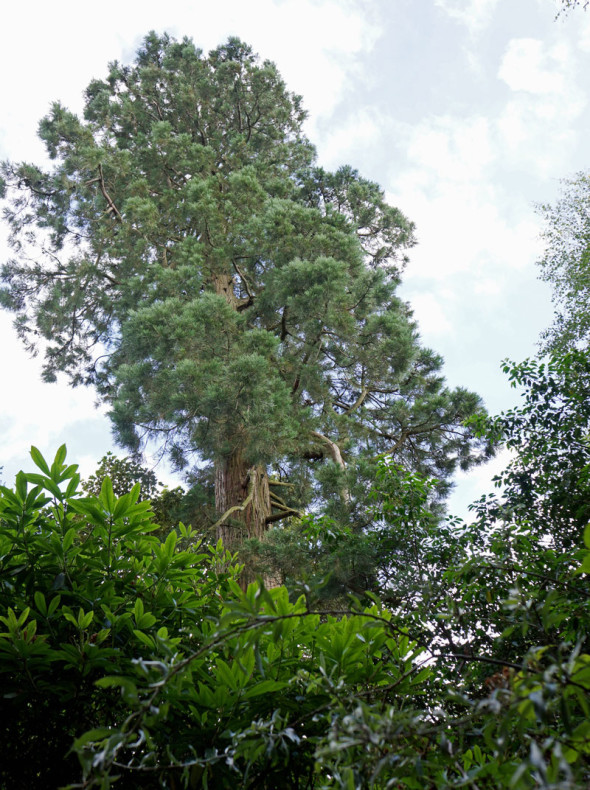 Previous Post: « Natural beauty of an English garden
Next Post: The week that was in photos (nature and catch-up) »