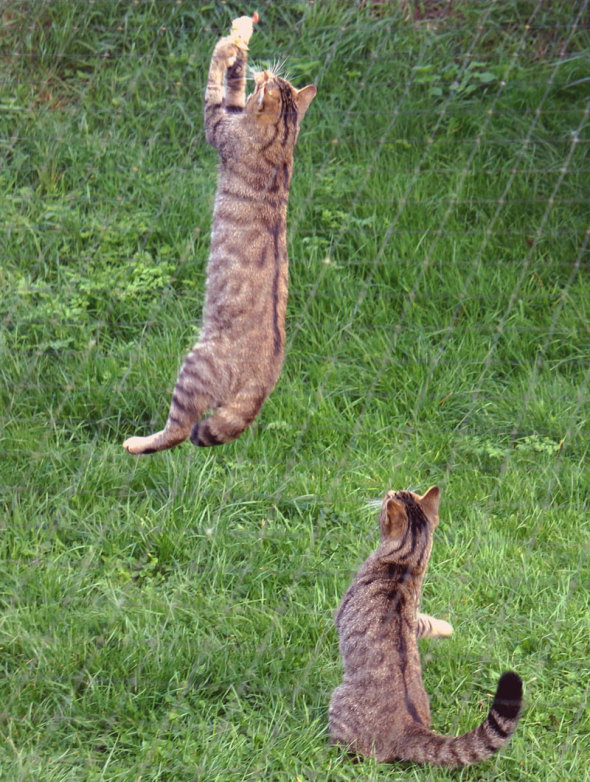 What surprised me the most when I began wildlife spotter adventures with my children is that there are not a lot of native British mammals – particularly carnivores. This is mainly due to Britain becoming an island around 8,000 years ago not long after the end of the last Ice Age. Many species as a result were cut off from the British mainland.

And then there are native British animals that have become extinct. Brown bears roamed the land before the Romans arrived. Wolves were hunted and wiped out by the 1700s. Lynx, wild boar and beaver were other native mammals that disappeared. Now there are plans or debates about reintroducing some of these species. The wild boar has been flourishing after an accidental reintroduction in Britain despite their extinction as a native wild species since the 13th century – and then gone again by the 17th century after they were brought back for hunting.

So I’ve been on a quest with my kids to find out, spot and learn more about some of the native British animals. For this spotter adventure we wanted to know which carnivore mammals could we find here in the UK? 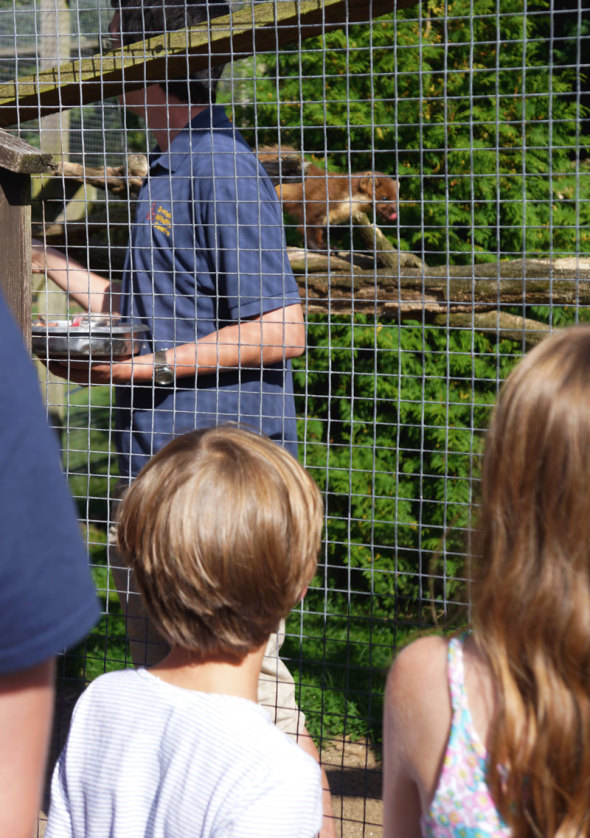 As it would be almost impossible for my kids to ‘spot’ many of these carnivore mammals in the wild – many are still rare after being on the brink of extinction – I took them to the British Wildlife Centre in Surrey to observe British native animals first hand. The keepers give talks on many of the animals during feeding times throughout the day with the emphasis of conservation through education.

There are three groups of British carnivore mammals in the wild: the Canidae, the Felidae and the Mustelidae.  Yes, those are the fancy Latin names for the dog, cat, and weasel families. 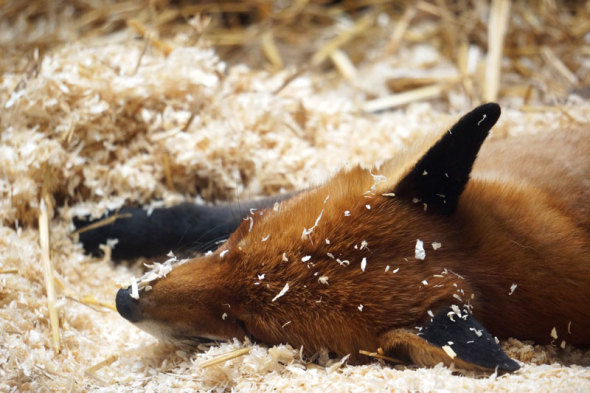 The fox is UK’s only native wild dog.

Red foxes are one of the most prolific native mammals – especially since they no longer have to fear predators higher up the food chain such as brown bears and wolves. They’ve also adapted to urban life as many of us have witnessed too often in London! 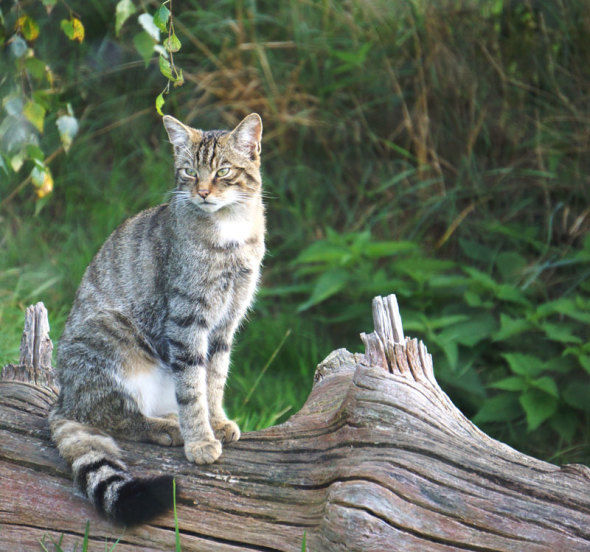 The Scottish wildcat is the only native wild cat species in Britain. It might look like a sweet tabby cat but it’s aggressive and untameable. Weight for weight (compared to cats such as the tiger or leopard) it’s considered one of the most agrressive wild cats.

One of our delights at the British Wildlife Centre was observing the Scottish wildcats. But its days could be numbered.  Although some estimate there could be as many as 400 left, others fear that as few as 35 pure Scottish wildcats may be left. They’ve only been sighted in the wild now in remote areas of Scotland. Hybridization with feral and domestic cats, disease, and a loss of natural habitat are their worst enemies.

Weasels, stoats, otters, badgers, polecats, pine martens and minks are all part of the Mustelid family. Non-native Minks are widespread following their escape and release from fur farms.  But these American minks are voracious predators resulting in the decline of many smaller native species of birds, fish and mammals. 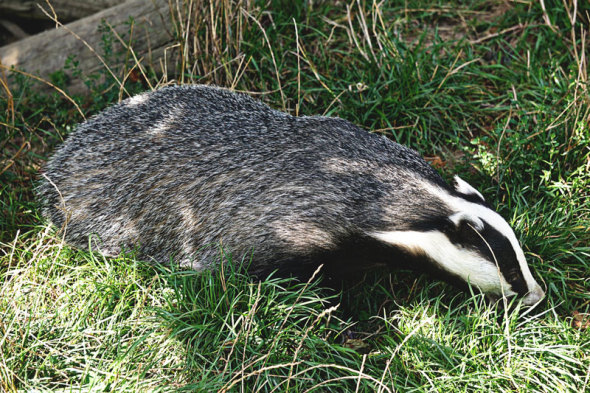 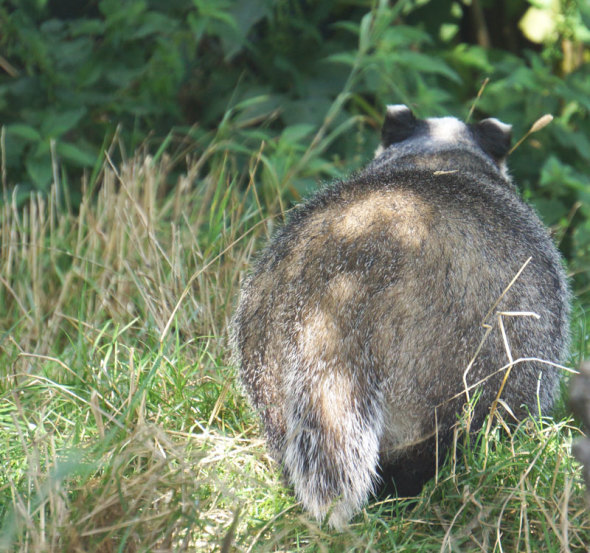 Despite being considered one of Britain’s favourite mammals, poor old badger is now the target of culls in the UK in a bid to tackle bovine TB. It lives underground most of the day in tunnels called setts, coming up at night to feed and play. It’s an omnivore whose diet consists mainly of earthworms as well as mice and even bluebell bulbs.  I’m hoping to take my children some point on a badger watch following the instructions given by the Badger Trust. 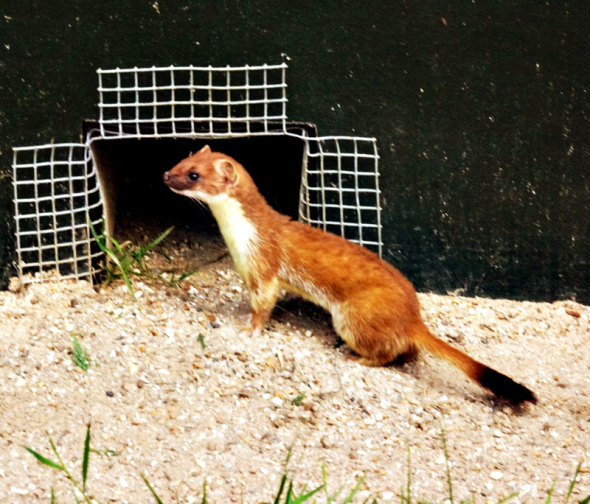 How do you tell the difference between a stoat and a weasel? The stoat has a black tipped tail and has a coat which often turns white in the winter. Both are small, agile and widespread across UK . The weasel is Britain’s smallest carnivore. One habitat is the hedgerows across Britain. We haven’t spotted either yet (apart from a dead weasel caught by a neighbour’s dog) but we’re keeping a lookout in case we see any of them hunting around the nearby rabbit warrens. 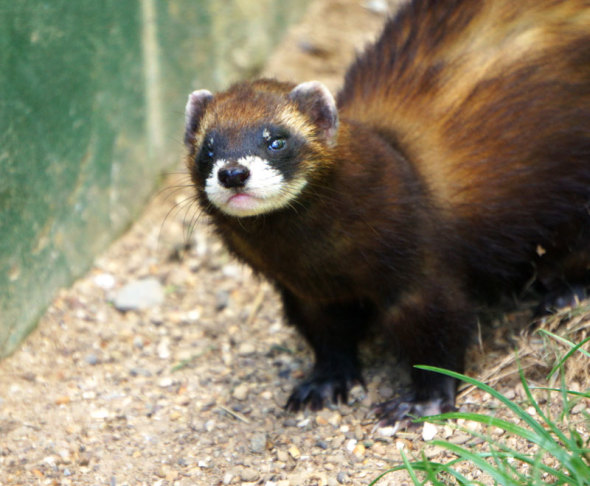 Usually found in woodlands, hedgerows, and riverbanks, Polecats are nocturnal hunters. The ferret is its domesticated cousin. Occurs mainly in Wales but is beginning to re-colonise in England after being wiped out in the 19th century mainly by gamekeepers. Polecats are easily recognised by their bandit-like white markings on their faces. 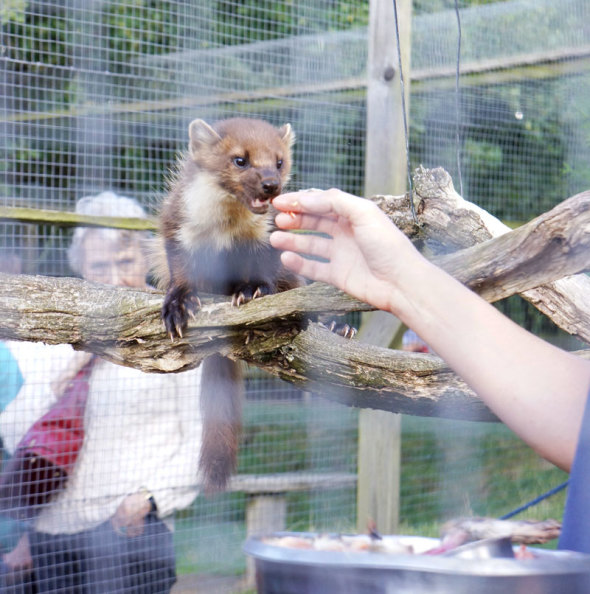 Found mainly in Northern Scotland, the pine marten was almost wiped out in Britain 50 years ago. Pine martens are dark brown with a yellow bib on their neck and chest and have a long bushy tail. They prefer woodlands as they are arboreal (tree-living) but also have adapted to rocky uplands.  Research indicates that the endangered red squirrel is winning the battle against invasive American grey squirrels in areas where there is a strong pine marten population. In Northern Ireland pine martens ‘photo bombed’ cameras set up for a monitoring project on red squirrels! 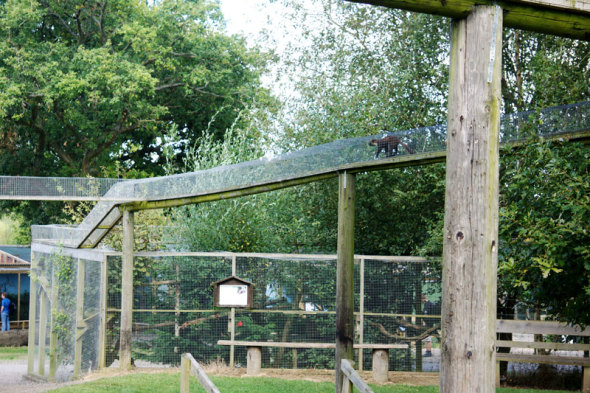 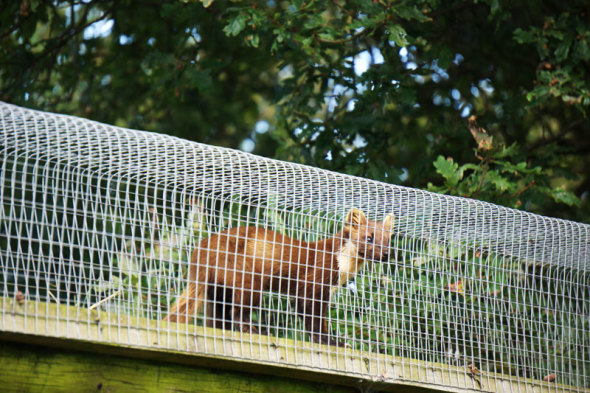 The British Wildlife Centre has overhead runs to provide pine martens with exercise and stimulation. 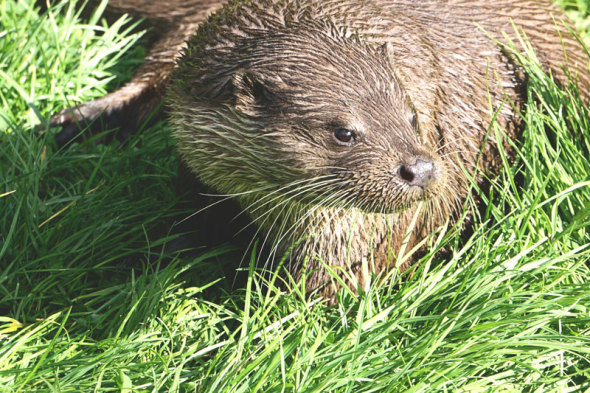 The European otter has been making a comeback all across Britain after nearly becoming extinct by the 1960s apart from areas in Wales and Scotland.  After rivers were cleaned up, the return of fish resulted in the reappearance of otters in every English county.  In regions where there has been an increase in the number of otters there has also been a decline in American mink – which has been good news for the threatened British water vole. 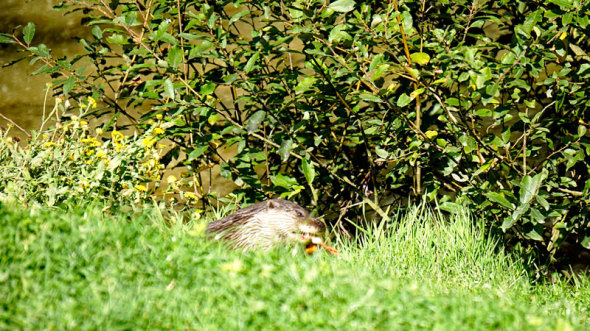 The Wildlife Trust has put together an otter guide on the best places to spot them in the UK. 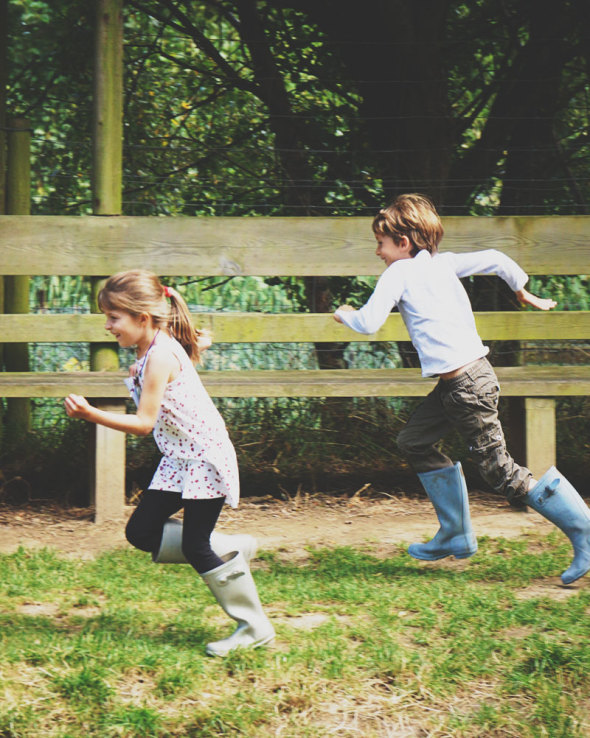 I started this wildlife spotter adventure with my kids to find out about which native carnivore animals we could still find in the wild. And where we could observe them. Luckily many are making a comeback after almost being wiped out in the past. Although some still face a battle for survival such as the Scottish wildcats.

A fabulous starting point for children to learn about and be inspired about native species is the British Wildlife Centre in Surrey. My kids went a bit wild there too!

Other wildlife spotter adventures we’ve been on are fallow deer and rabbits.

I’d love to hear if you’ve spotted any British carnivore mammals in the wild?