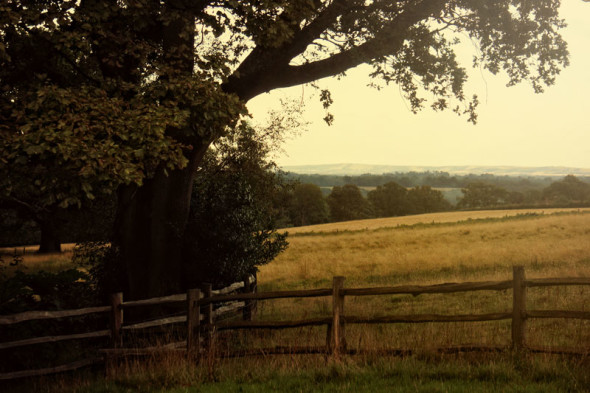 Dawn and dusk are the best times to spot deer. It’s during the first morning light or when the sun ebbs in the evening that Fallow deer move out of their woodland cover to graze in nearby fields or grassland. 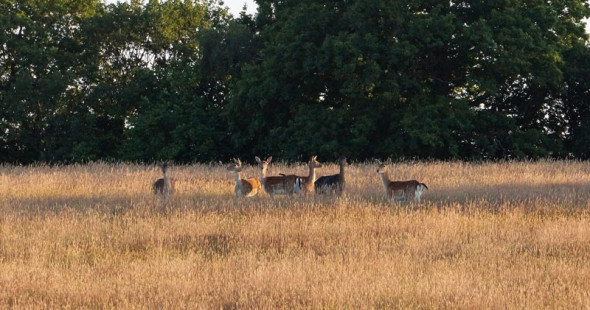 Near where we live in West Sussex there’s an ideal area for deer spotting – we had seen Fallow deer near here during a walk in the woods in July. 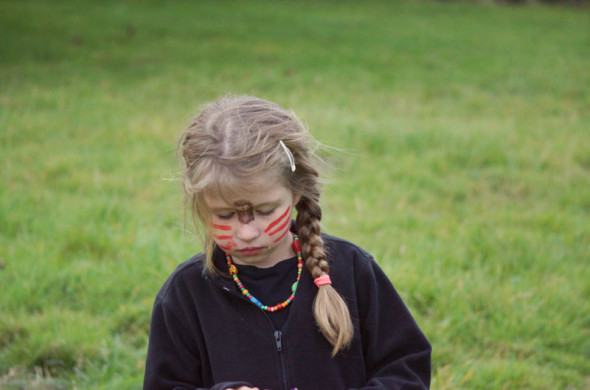 So this week during the early evening I took my kids in search of Fallow deer. It’s part of some adventures I want to take them on as little wildlife spotters. My daughter still had on face paint from dressing up earlier in the day as a Native American at summer camp.

As Fallow deer are grazers, mainly eating grass, we entered the woods and headed towards an area where a field bordered the woodland. I explained to them that Fallow deer were introduced to Britain by the Normans in the 11th century – although the Romans may have brought over some too a thousand years before.

Soon we were rewarded with the sight of a herd through the trees. But despite being as quiet as possible as we walked through the ferns, a sound in the forest startled them. In an instant they had disappeared back in the woods. 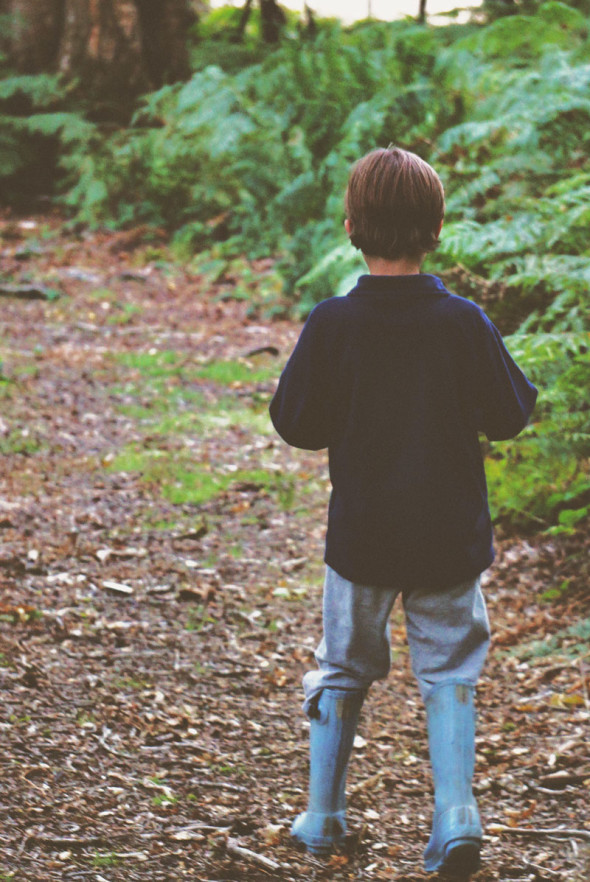 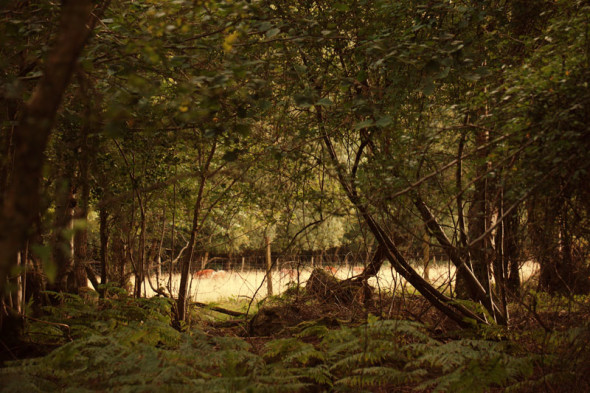 Of course that meant my kids could take a break from being silent. Climb some trees. Find some sticks. I then took them to another area where we might also spot deer, passing a hut on our way where pigs had formerly sheltered while foraging in the wood. We noted hoof prints in the mud close to the hut. As well as deer ‘droppings.’ Alas there were no herds nearby here this evening. 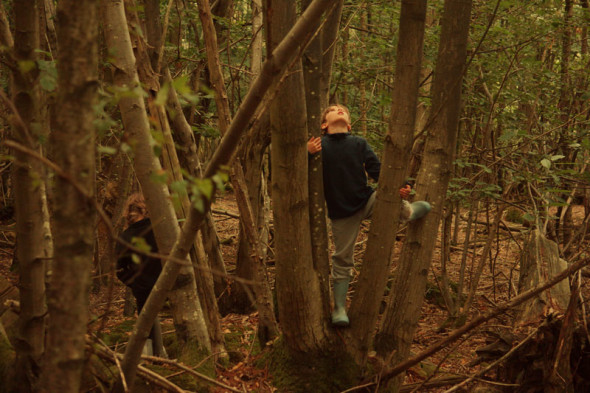 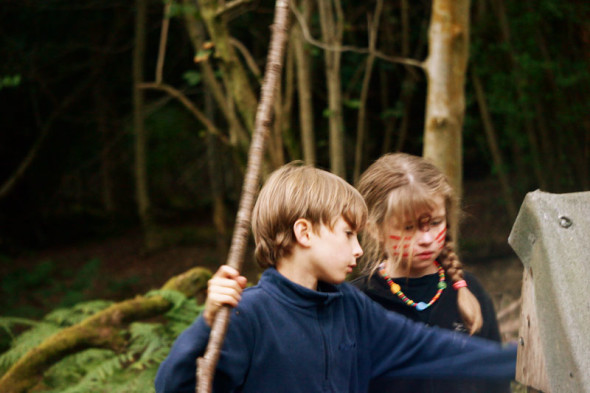 Last month my two had been terribly excited when one morning we watched a young Roe deer (image below) wander along our drive. Unlike Fallow deer, Roe as well as Red deer are native to UK. Roe deer are browsers enjoying tree shoots, shrubs and brambles as part of their diet. They’re also often spotted alone or in a small family group rather than in herds like Fallow deer. 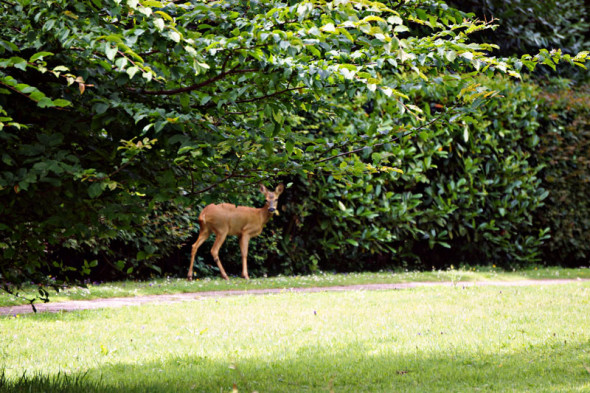 The next day my quest to spot and watch Fallow deer was fulfilled. Not in the same place but still very near. I slowly approached them – luckily walking up wind so they could not catch my human scent. 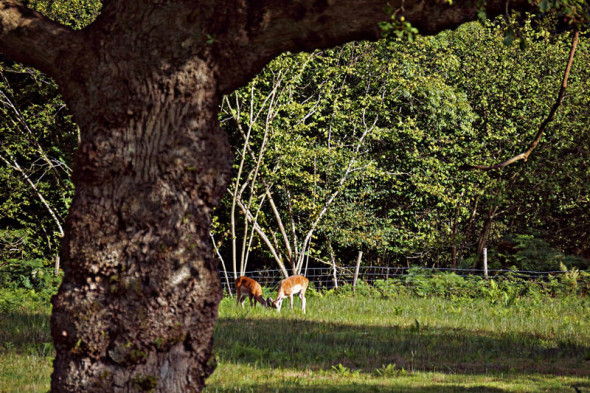 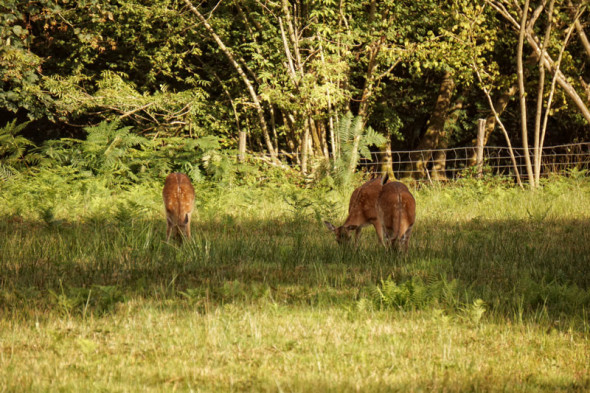 But a stick cracked under my foot and alerted them of my presence. Off they went leaping over a fence back into the forest. 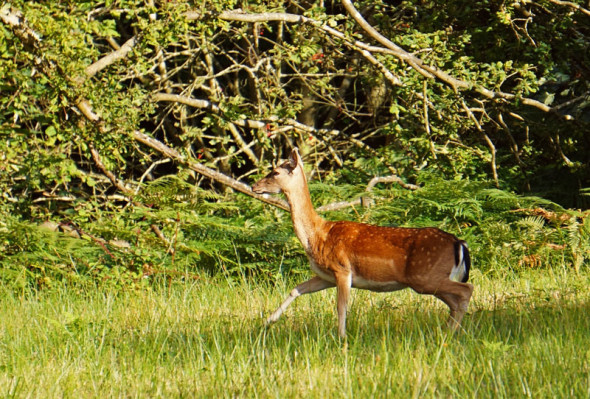 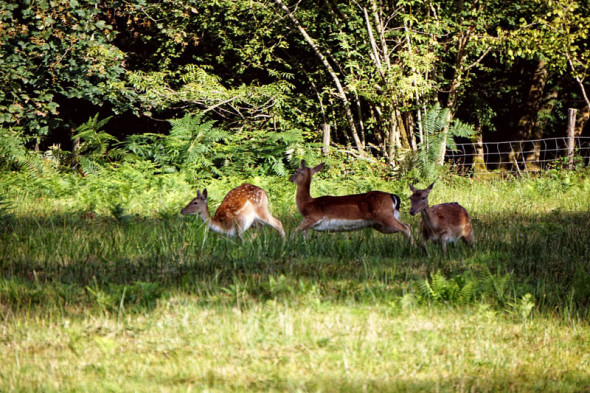 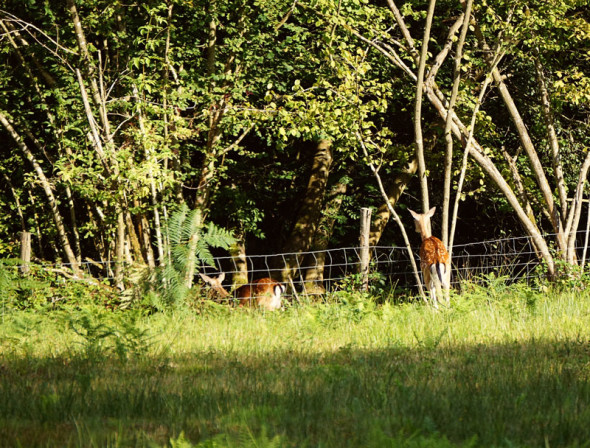 If you want to take your kids to see wild deer – UK’s largest mammals – then have a look at the British Deer Society’s (BDS) list of suggestions of where to see deer. They also have a fact sheet on Fallow deer which you can download.

My kids already want me to take them on another wildlife spotter outing to see large herds of deer in one of the parklands. But I have another adventure in mind to help teach them about Britain’s native wildlife….

I’m linking up with Coombe Mill’s Country Kids – you can also see a herd of Fallow deer if you stay at Coombe Mill in Cornwall!