You are here: Home / Wild Kids / Follow a badger path 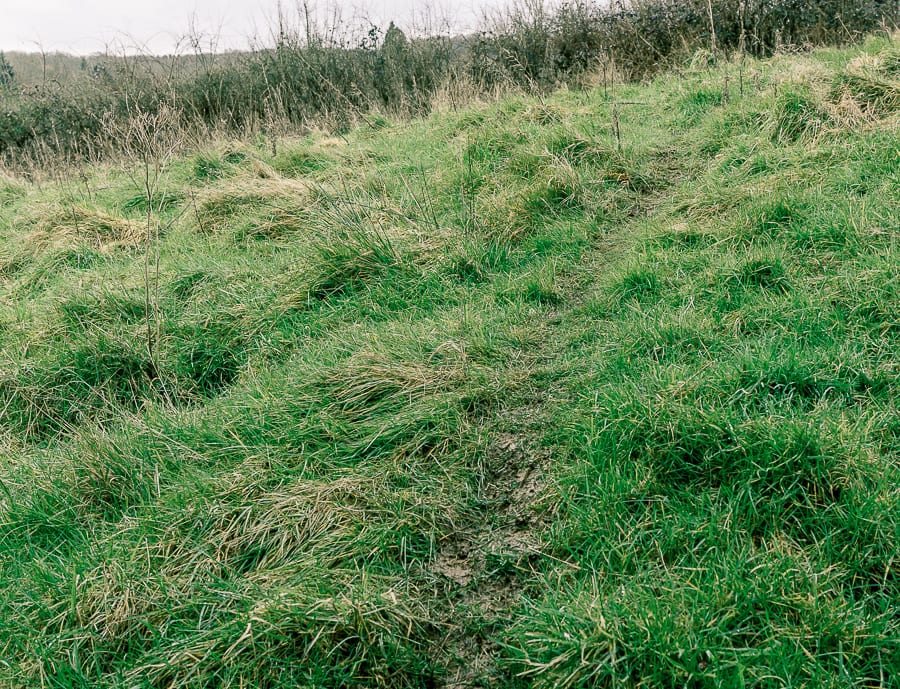 We’d heard there was a badger sett somewhere in the woods near us but we weren’t sure where it was exactly located. It was time to be nature detectives and follow a badger path to see whether it would lead us to the sett. Badger communities – or clans – live in underground communal dens linked by tunnels called setts. Usually between 4 and 12 badgers live in a sett which they may have been using for many generations. 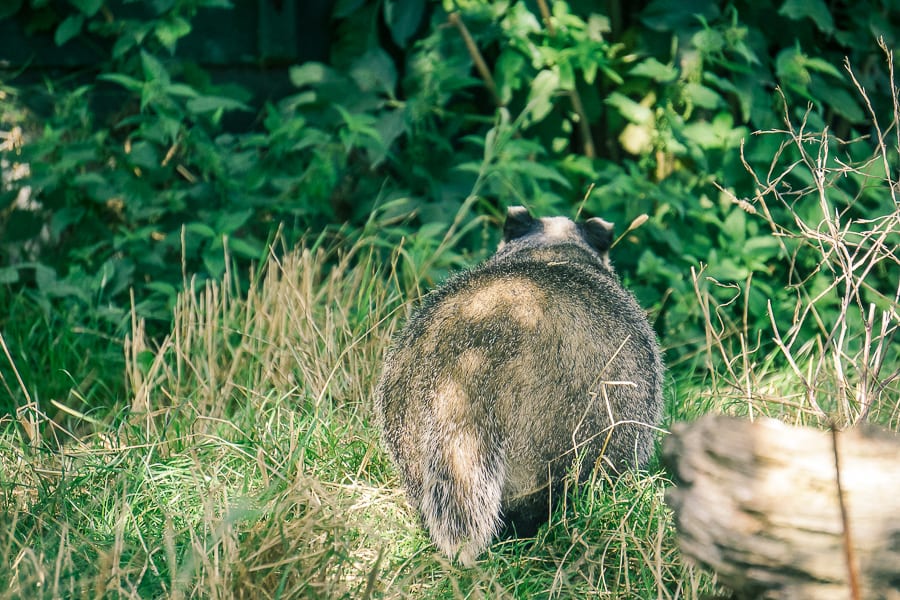 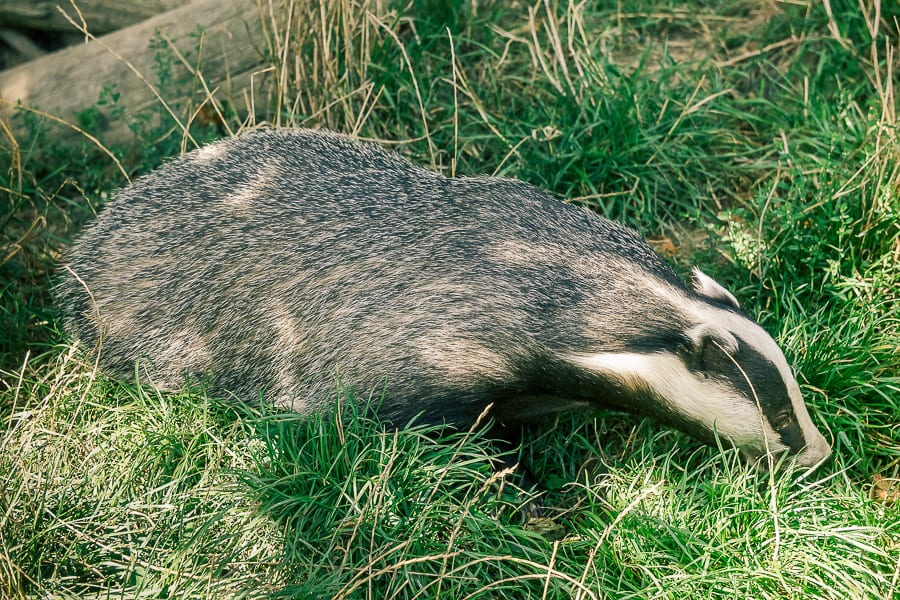 Badgers are known to take the same routes when they are out foraging for food during the night. This usually results in well-worn paths through fields and woods. These runways are visible where they regularly search for food.

Note:  I used my photos of badgers in captivity in this post. However the tracks and trails were all from our wildlife detective work in the woods and meadows around us!

We knew where to start the tracking of this nocturnal British mammal. Recently we found a badger footprint when we learnt how to cast animal tracks. It was right near our garden fence. So that’s where we began our detective work. 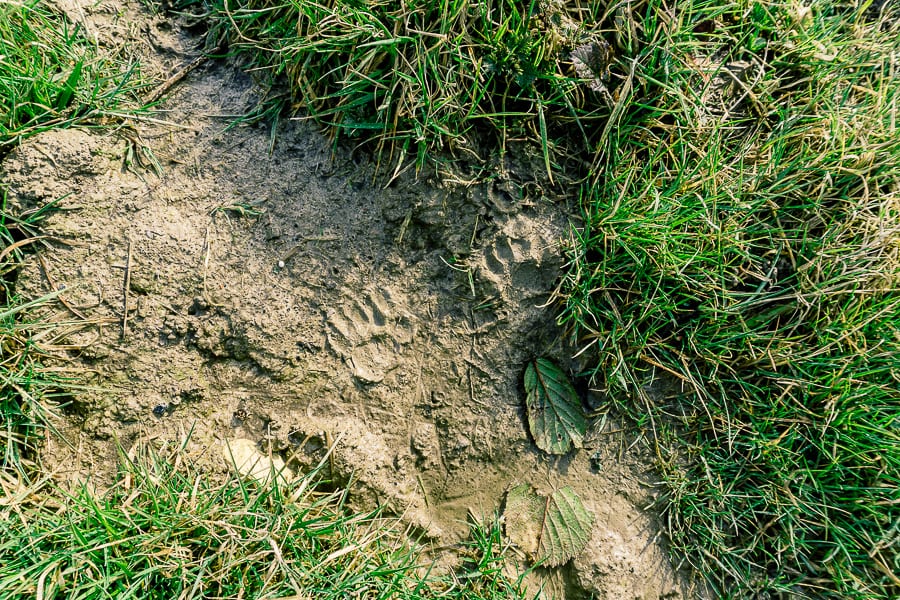 Fresh tracks were clear in the mud after a big rainfall. Only a few steps away near an opening in the hedge my son Theo found some badger latrines! 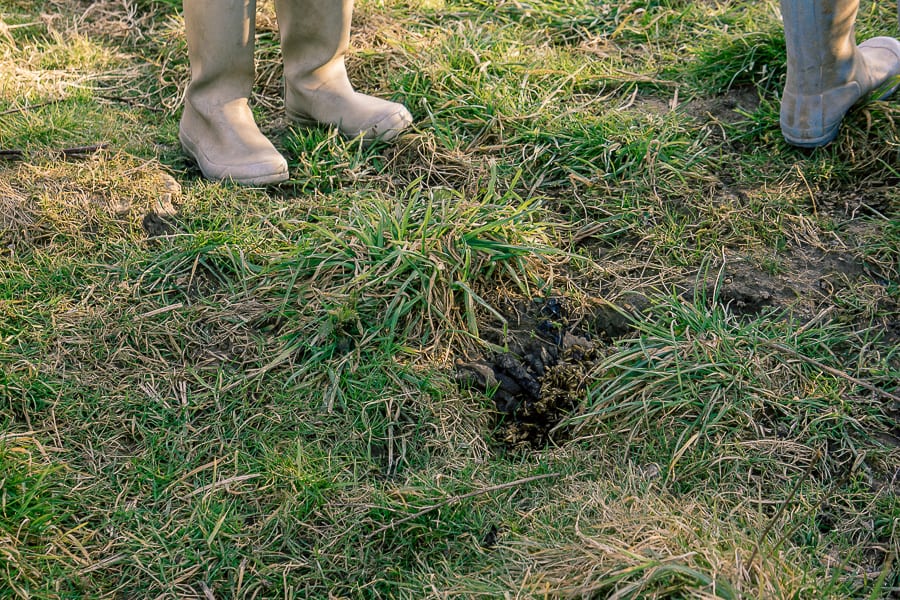 Badgers dig shallow pits for their poop (okay, droppings or faeces but my kids kept calling it poop) at key places along their territory. When there are a bunch of dung pits it means that there could be more than one clan marking their boundaries in this area. Some wheat grains also were present. Not surprising as there’s a barn nearby where cattle cereal is stored. A badger path went in a straight line towards it. Badgers have an omnivorous diet which includes lots of earthworms, plants and small animals.

We followed the path in the other direction as we knew the sett wouldn’t be next to the barn. Setts are usually located in woodlands. The trail disappeared low under another hedge into a farm field. The opening was too low for deer so it must have been the badger’s door through the hedgerow. Another clue is that low openings like this may have badger hair stuck in the thicket. 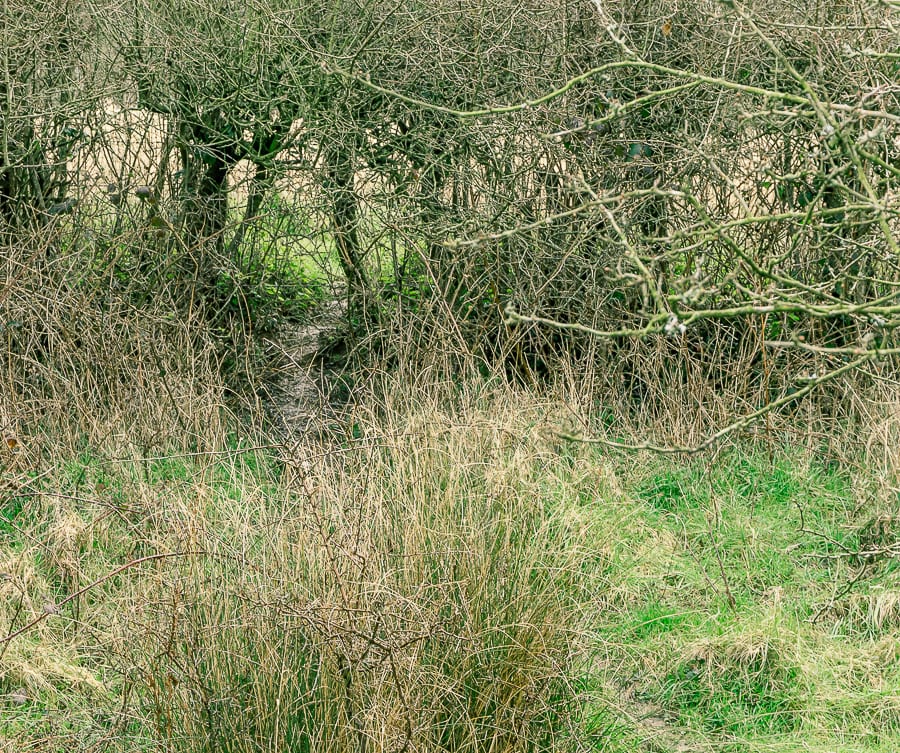 We skipped the farm field as it was private property and went into the woods where the badger trail entered on the other side. This is where Luce, my daughter, turned into a whizz nature detective looking for signs of badgers. At some points the badger path was clearly noticeable but then would fade among the leaves on the ground. She was a natural and kept finding where it reappeared. Twice I thought I saw a badger in the distance by a vernal pond which was surprising as it was daytime. 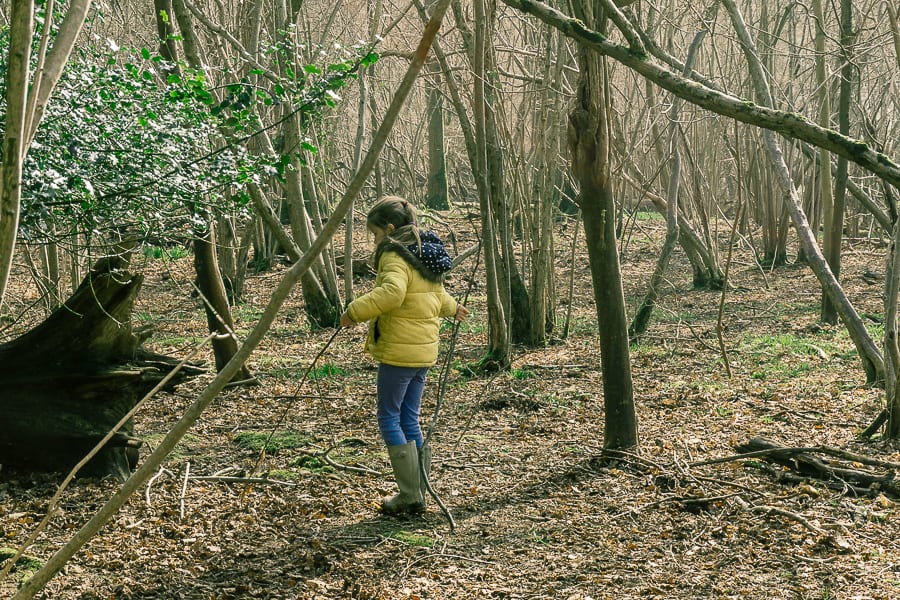 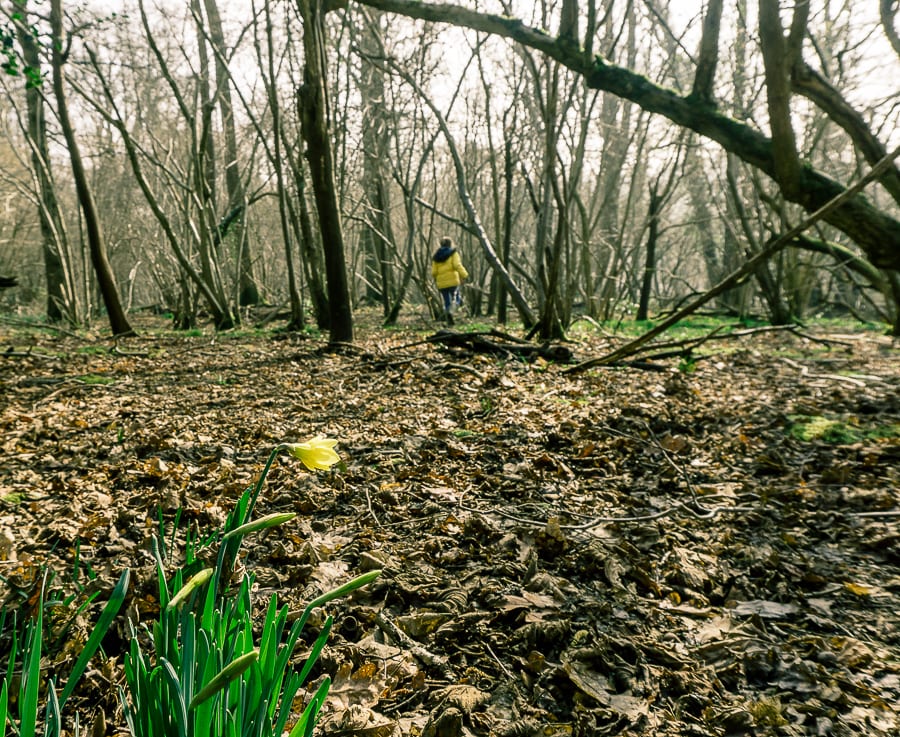 As we were right in the woods away from public routes we had to make sure that the trails we were following were made by badgers rather than deer. Many deer herds pass through these woods and fields. (I regularly record the deer and wildlife around us on Instagram.) Badger tracks here and there confirmed we were still walking where badgers had worn down the forest floor. Another clue to look for is claw marks on logs along the animal runways. 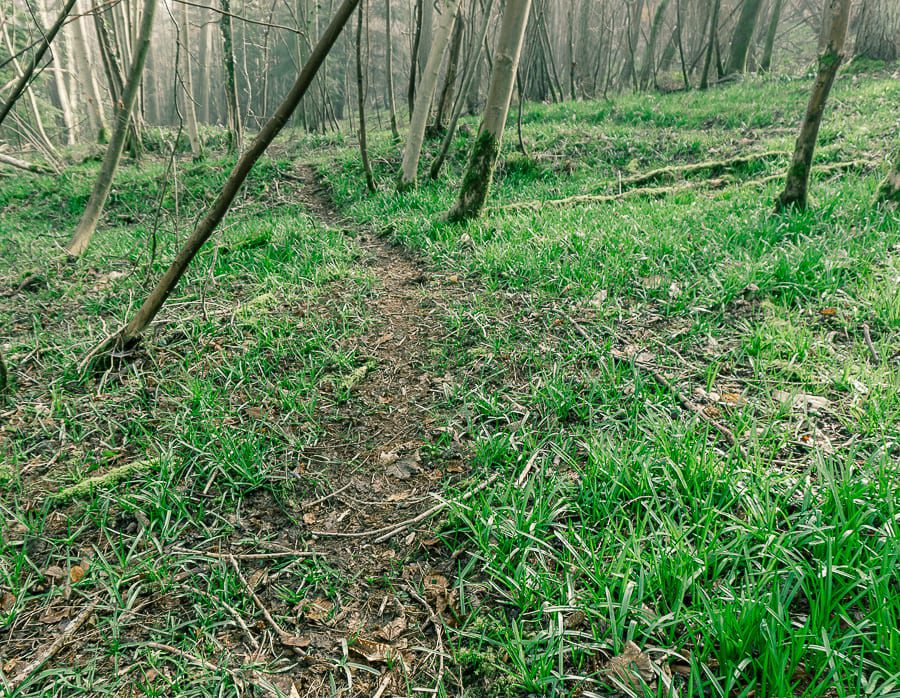 We thought the trail was gone and wandered through the forest but Luce picked it up again. 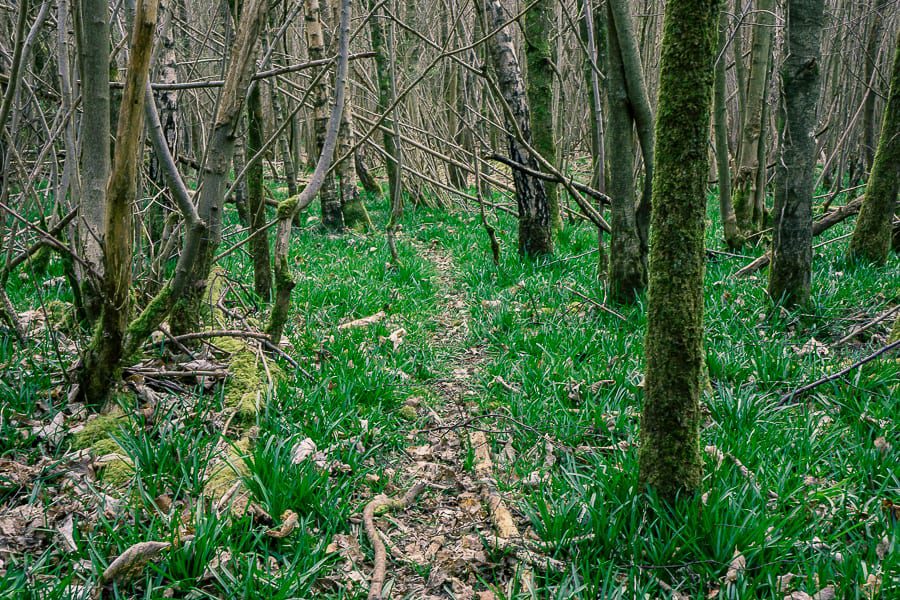 The new badger path led us straight to an area in a small hillside hidden among the trees. Had we found the sett?

The holes in the ground were typical of a badger sett with low and wide entrances – a sideways capital D shape. Badgers are known for clearing out the entrances of their burrows so that they’re clean and not cluttered with leaves and debris, often leaving a spoil heap outside. They also have multiple entrances. 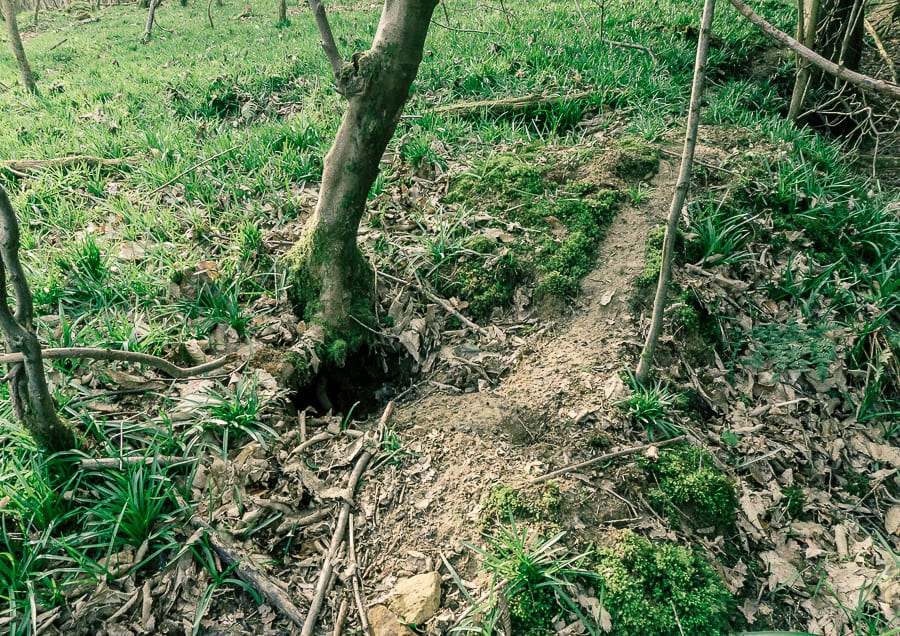 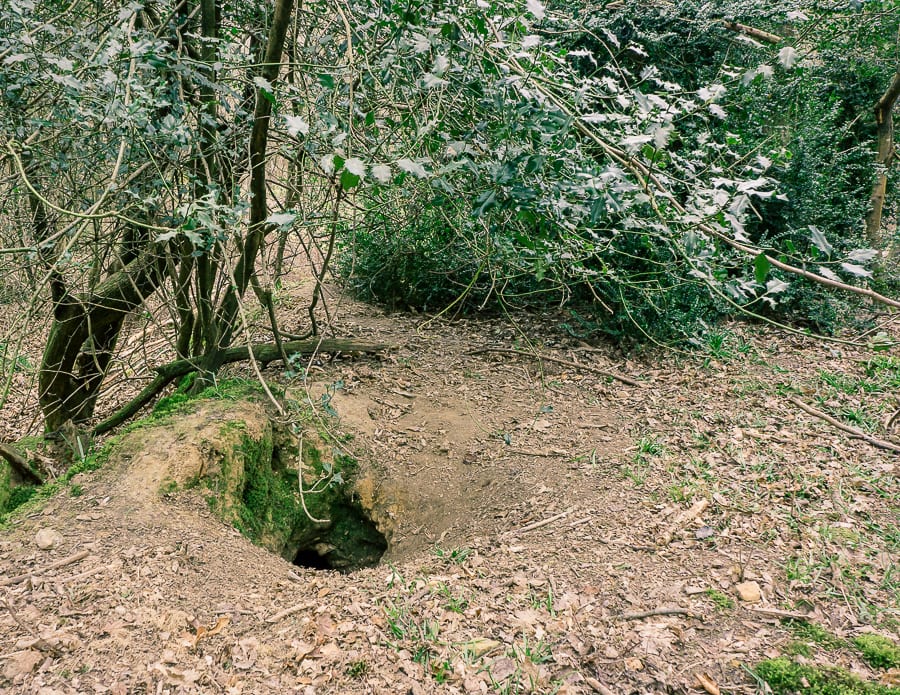 Yes, we had found the badger sett! One entrance looked like it had recently been cleaned out while another had bedding just outside being aired – both typical signs of a badger sett.

Our team work had worked. We had followed badger paths through hedgerows, over a field and through woods until we found a large badger sett.  When I was talking to the Forestry Commission recently they were very pleased when I told them the location of the sett. They now will tell their local foresters to make sure it won’t be disturbed. Badgers and badger setts are protected by law in UK.

Luce and Theo were even more  careful not to disturb the area when I told them that there could be badger cubs underground. Badgers normally give birth in February and their cubs don’t come out of their underground homes until late April or early May. After following their trails our next nature detective adventure will be to learn how to watch badgers near a sett. 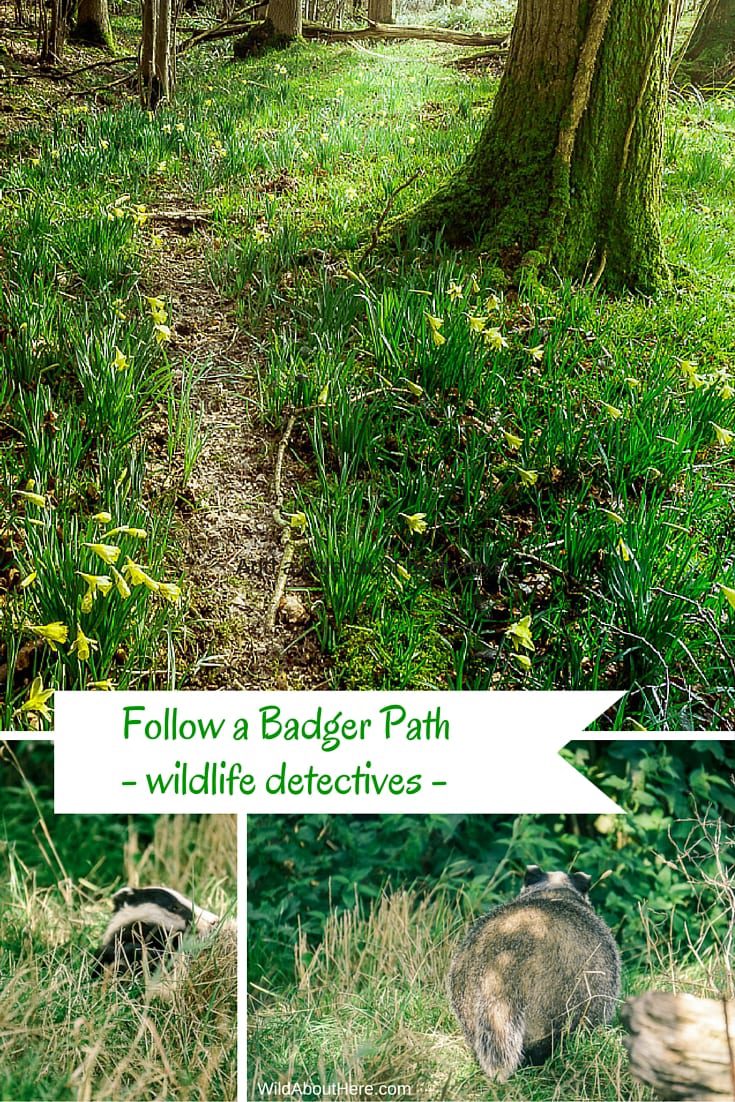