You are here: Home / Wild Kids / One smart crow 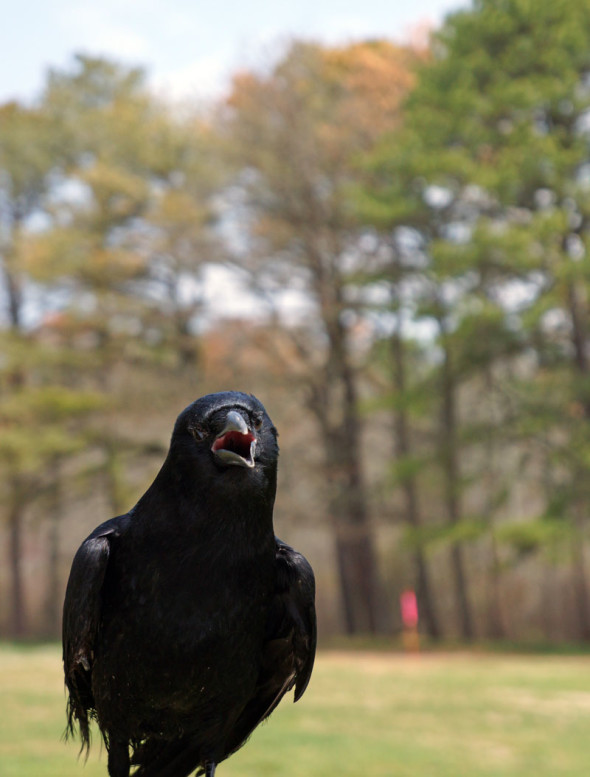 How smart is a crow? My kids asked me. Crows are considered one of the top 10 intelligent animals, I replied.

Recently we met some wild birds at a rescue center in the Hamptons, NY, but it was the crow that my kids were drawn to. Every time I turned around they were talking to and making faces at the crow. 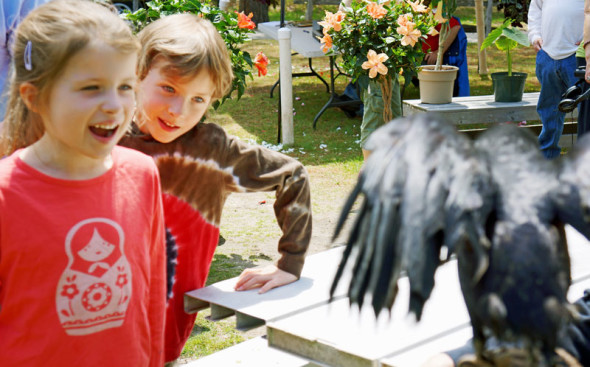 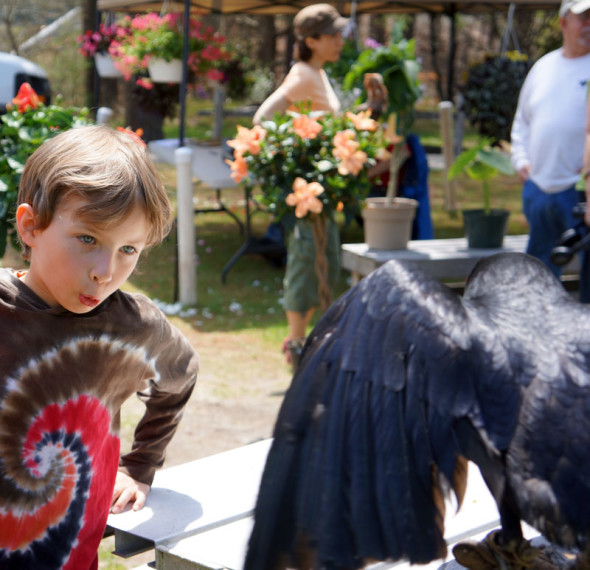 Little did they know that the crow can recognize faces. And for a very long time. As well as tell other crows.

In fact researchers at University of Washington wore masks when they trapped and tagged crows they were studying. Then they were only harassed by crows when they walked around campus in these masks. Not without. The birds recognized their masked faces. And even crows they hadn’t trapped scolded them – but only when they wore the masks.

Caw, caw, bad human in mask! Well, these birds have over 250 different crow calls. Plus a couple of different dialects – a loud one they use with the crow general community and around us humans and others, and a soft almost cooing one with their family. 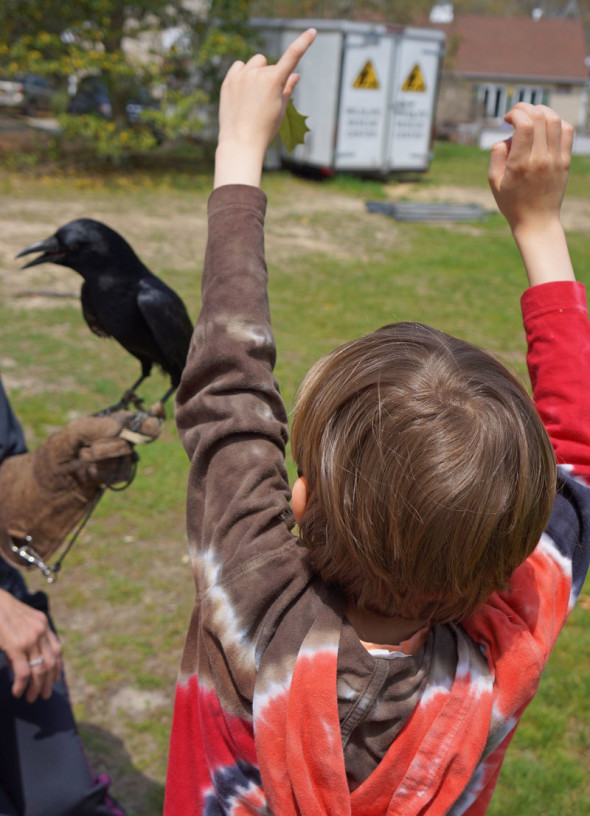 While my kids continued pulling faces with the crow, another wild crow screeched away in the tree above us. 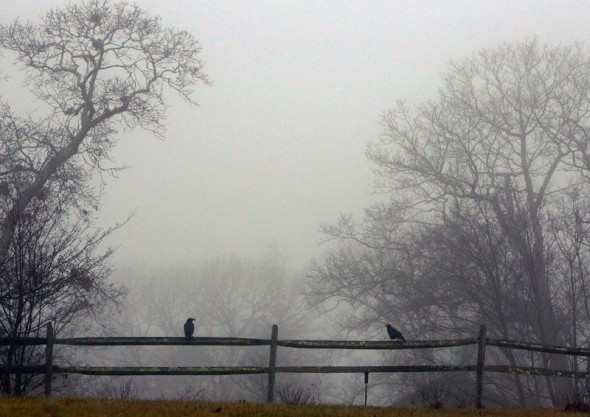 Unlike my children, until now I’ve not looked fondly on crows. My perception and misunderstanding perhaps formed by mythology and horror stories – such as expecting to see them in cemeteries. A picture I took (above) of them in the winter mist sums up my previous outlook of them.

But together we’ve been learning about these ever so smart creatures. And now I look at them differently.  Hacker, technologist and author Joshua Klein has had nearly 2 million views of the online video of his TED talk on “the amazing intelligence of crows” after he became fascinated with these creatures. 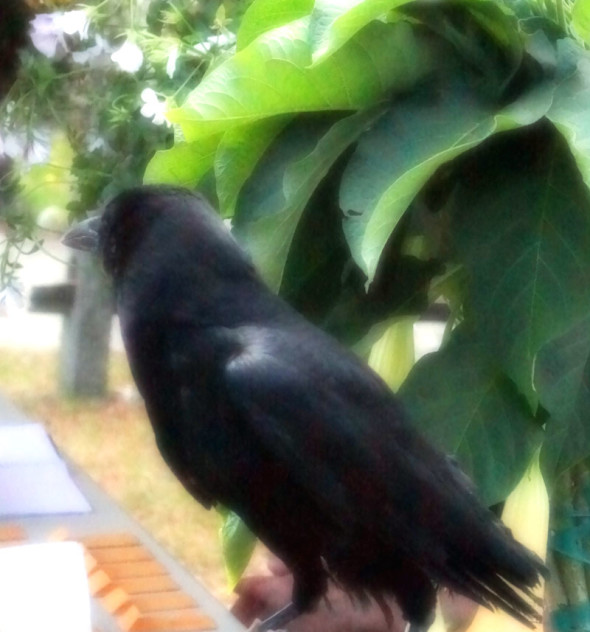 We also watched this video of them dropping walnuts from a height on a road, then waiting for the pedestrian light to turn green so they could safely eat it.

Or that family is a big thing for crows. Siblings help rear and guard the little ones. Often a ‘child’ crow won’t leave its parents until it’s about 5 years old.

Or that people have often watched them gather in trees to mourn a fallen crow and then suddenly all fly off – silently. Without a caw.

Or that New Caledonian crows are so smart that they make tools to catch food. Like Betty in this video here. 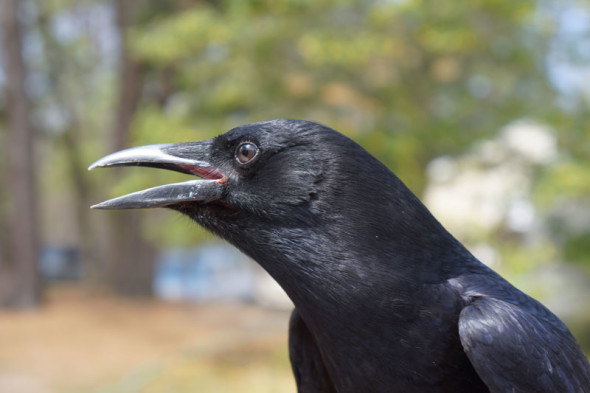 And they’re so intelligent that crows have been described as “feathered apes.” Actually they have the same size brain as apes relative to their size.

PBS has an amazing documentary which captures lots of these studies on crows.

You will encounter crows no matter where you live – unless Antarctica is your home. These curious omnivores, predators and scavengers have adapted to living with humans wherever we are. 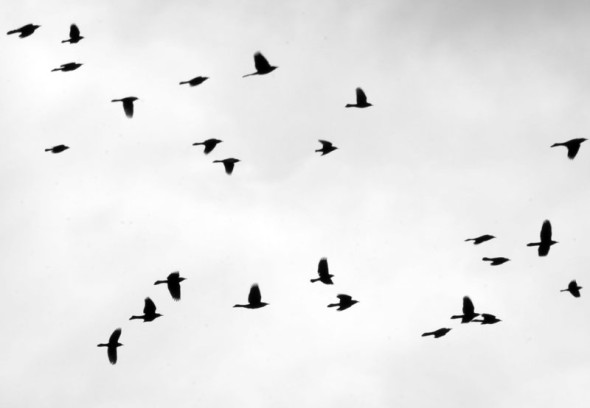 Not surprising as they actually are very social. They like to play and roost with other crows. It’s just us humans who’ve called their flocks a murder of crows. 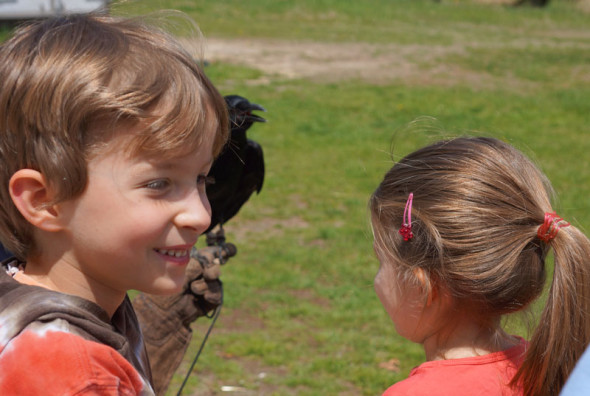 So maybe my young kids happily played with the bird as they instinctively knew that this was one social and smart crow. But I’ve had to explain to them that their desire for a pet dog, snake, rabbit and crow is not a very good combination.