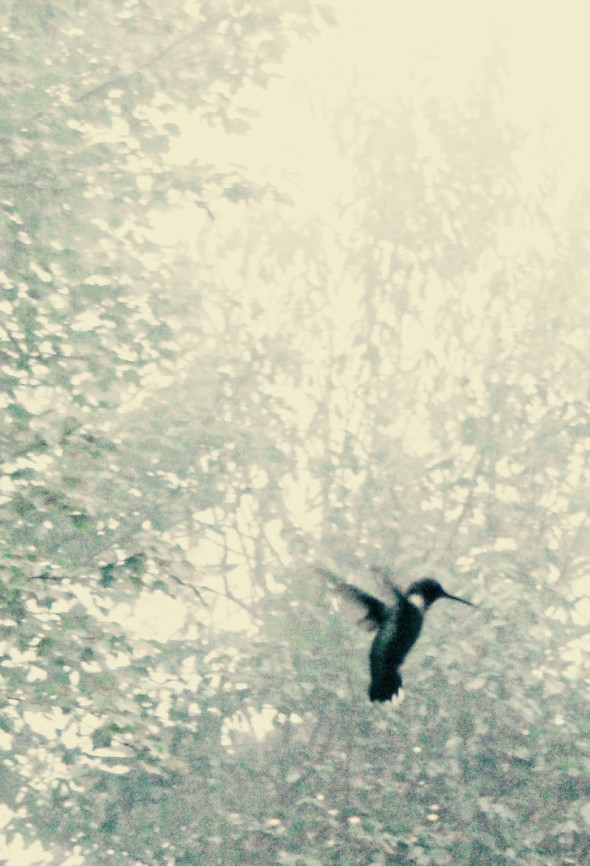 I was reading outside when I suddenly heard a buzzing noise near me. I looked up and there was a hummingbird studying me. It hovered at my eye-level and then zoomed away like an avian superhero.

During June in the Hamptons in New York State we spied this incredible tiny bird – whose wings beat around 50 times a second or more – quite a few times in our garden. It was a male Ruby-throated hummingbird with iridescent feathers and a gorget (throat) matching its name. Only males have red throats. 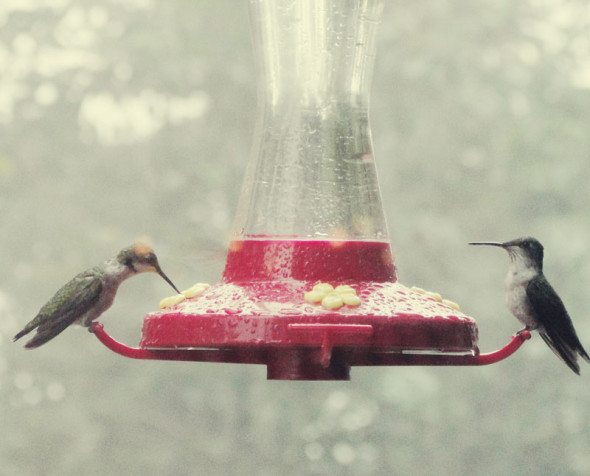 There are over 300 species, but the Ruby-throated hummingbird is the only native one found in Eastern USA. They arrive in late spring to mate, nest and feed before heading south after the summer.

The summer before we had also watched hummingbirds at a feeder during a visit to Grandfather Mountain in the Blue Ridge Mountains in North Carolina. (My photos are from this trip) 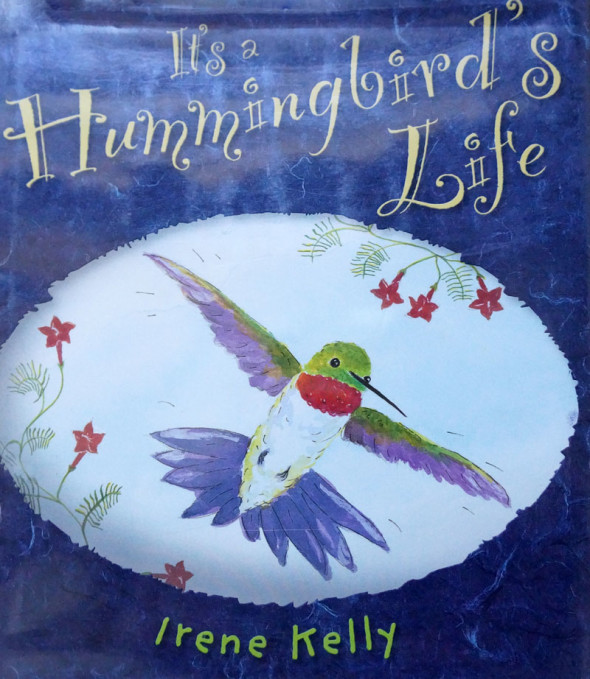 My children were so excited about the little flying jewel in our garden that they insisted on reading up as much as possible about hummingbirds.  Suddenly every week they had to check out a couple of hummingbird books from the school and local libraries.

The best book for children on hummingbirds we found was It’s a Hummingbird’s Life by Irene Kelly.  Fun filled facts that taught them about hummingbirds filled pages covered in charming illustrations.

We read how the tiny hatchlings are the size of raisins and spend their first 30 days in itsy-bitsy nests made from lichen, moss and spider silk.

They are very territorial and once they find the perfect area filled with bright flowers, especially red tube-shaped ones, they claim it as their own.  The males put on fantastic aerial displays showing off glittering feathers to attract females and scare off rivals.

The Ruby-throated hummingbird enjoys sunbathing and a splash in water. (The Hamptons definitely is a perfect summer place for them!)

Incredible journey of the Hummingbird

But at summer’s end the Ruby-throated Hummingbird heads down to Central America.  These birds, weighing only 2 to 6 grams, then embark on an incredible journey across the Gulf of Mexico. They fly solo and non-stop for 25 hours at the rate of 25 miles per hour to reach the Central American shores.

My kids wanted me to book a Hot Air Balloon flight when they read that balloonists sometimes hang nectar feeders from the baskets for hummingbirds to have a drink during this amazing voyage.

And we learnt some of the myths about hummingbirds. Such as many believed they had magical powers to rise from the dead because they can go into a deep hibernation sleep called torpor. It can take a hummingbird 20 minutes to awaken from torpor. But by switching off their massive metabolism, which fuels their beating wings and hearts, they can survive a cold night or recover from a long flight.

It’s a Hummingbird’s Life by Irene Kelly – available on US Amazon and UK Amazon.

No hummingbirds in UK or Europe

“As we passed along, we were amused by watching the humming birds. — I counted four species — the smallest at but a short distance precisely resembles in its habits & appearance a Sphinx. — The wings moved so rapidly, that they were scarcely visible, & so remaining stationary the little bird darted its beak into the wild flowers, —making an extraordinary buzzing noise at the same time, with its wings.” Charles Darwin – diary entry 9th June 1832

After our recent move we discovered there are no wild hummingbirds in the UK – or in Europe. These incredible tiny flying machines, which hover like a tiny helicopter and twirl their wings like helicopter blades to fly upwards, upside down or backwards, are only found in the Americas and the Caribbean.

If you want to see a hummingbird in the UK the only place is the Blackburn Pavilion at ZSL London Zoo as part of a conservation program. 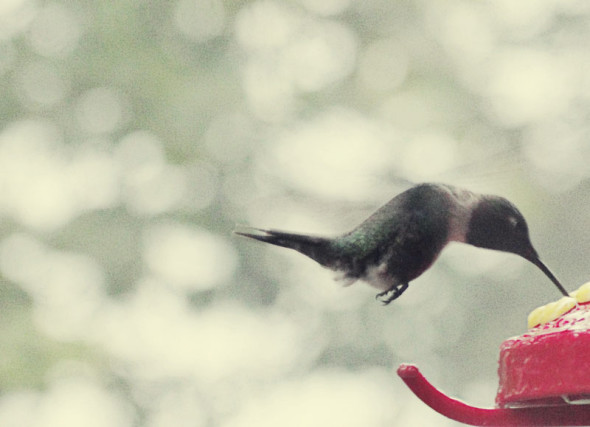 If we had stayed in the Hamptons I would have put out a nectar feeder for our visiting hummingbird. 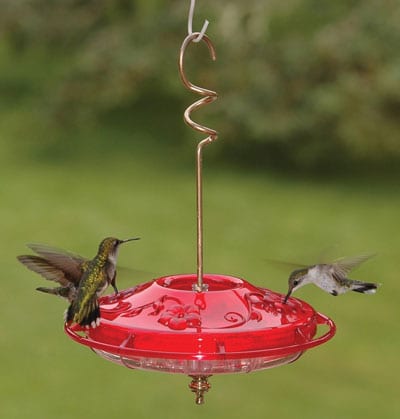 Hummzinger Feeder – Available on US Amazon

Although they also eat insects, these avian wonders also drink nectar from thousands of flowers per day. One type of feeder that is often recommended is the Hummzinger.  To make sugar water you need to boil 4 parts water to 1 part sugar (for example, four cups water and one cup sugar), then add to the feeder once it’s cooled down.

The Hummzinger is easy to clean as the feeder needs to be cleaned a minimum of once per week. Put it out in the garden the last week of April or first week of May and then make sure you also have hummingbird friendly plants all around.  If you want some ideas for flowers have a look here.

We will miss our Ruby-throated friend in the Hamptons but I’m ordering my children It’s a Hummingbird’s Life so they don’t forget him.

(This post contains Amazon affiliate links at no extra cost to you but the commission will help me pay for my site. Hoping you’ll have many hummingbird visitors too!)