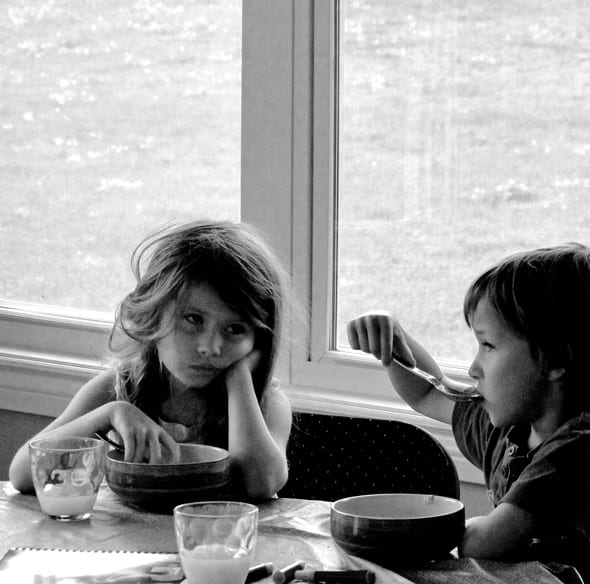 My son likes to eat breakfast like a king. My daughter, on the other hand, usually dines like a pauper early in the day rather than a queen. And talking about kings and queens when is the Royal one due? As a former news editor I can tell you that most newsrooms are now worrying about how much the baby-who-hasn’t-arrived-yet is costing them. They have teams waiting outside the Lindo wing at St Mary’s Hospital who have nothing to cover except each other waiting.

I missed breakfast the morning my daughter and son were born in London.

Yesterday we had a power outage after a massive storm. Reminded me of last October when I moved to the States with the kids. Two weeks after we arrived Hurricane Sandy hit.  The wind was already howling but I decided to make my kids a cooked breakfast before we retreated to the ‘hideout’ I’d made for us in one of the bedrooms. Then I heard banging on the front door.

One night evacuated to a shelter and then six more days and nights without electricity or hot water at home. What I notice most when the power is out is that I’m shut off from the internet.

What caption can you give the photo above? Saturday is caption day!

Previous Post: « 10 cool things to do with kids in the ancient forest of the New Forest
Next Post: Geese on river at sunset »