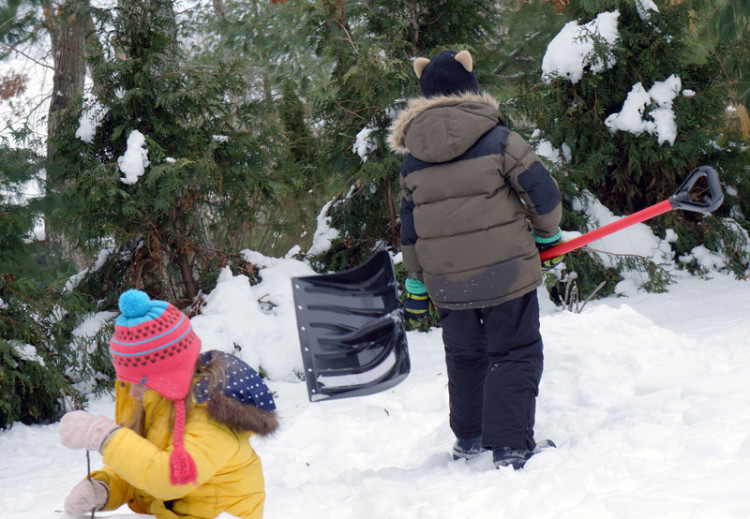 They could have made Frosty the Snowman but instead they built a snow volcano. Just like one they made the year before.

All that is needed to make the volcano is kids, snow and water coloured with natural food dye. We used blue dye for ‘water’ around the volcano and red dye for ‘lava.’

It’s also a great opportunity to teach kids some facts about volcanoes.

Here are 10 facts on volcanoes: 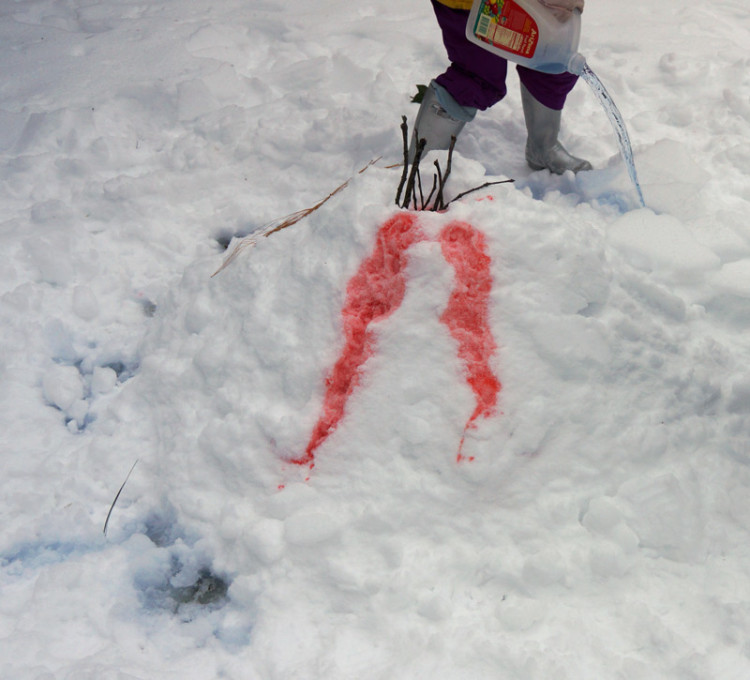 Then the days passed and more snow fell. Two snowstorms in fact. And when the sky cleared at the end of the week it was time to rebuild. Plastic containers were filled with dyed water.  Sticks were put in the top of the cone to look like an explosion. 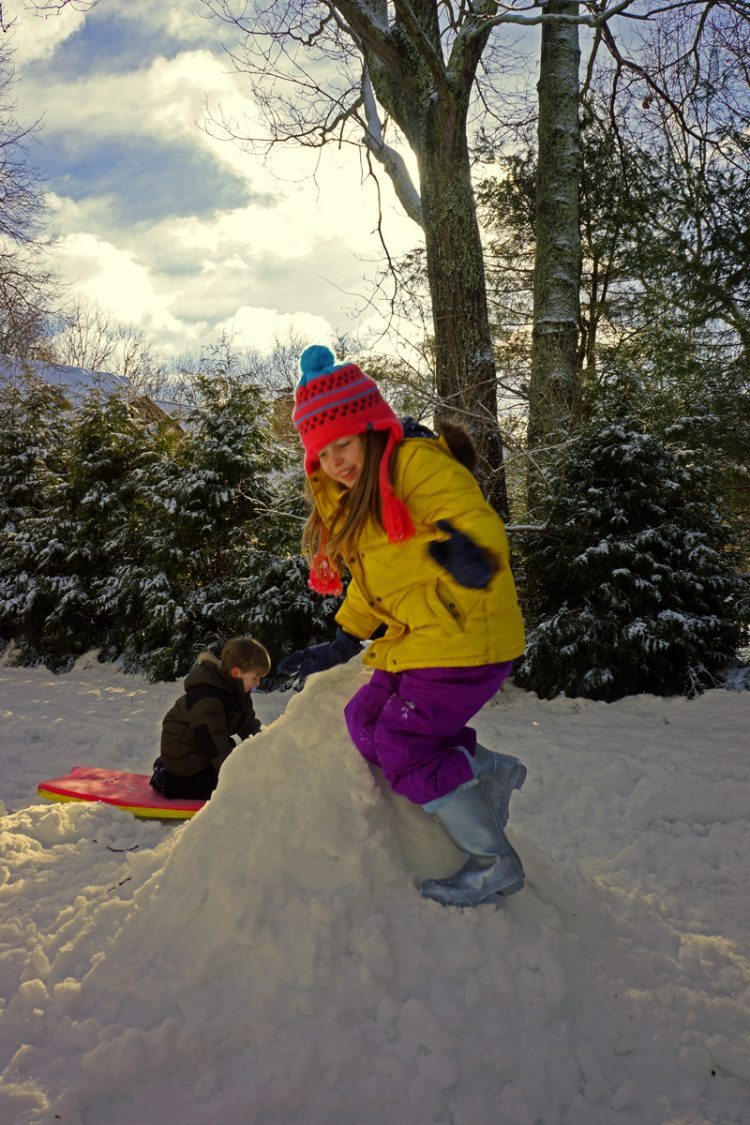 So the volcano grew with a peak perfect for dancing feet. 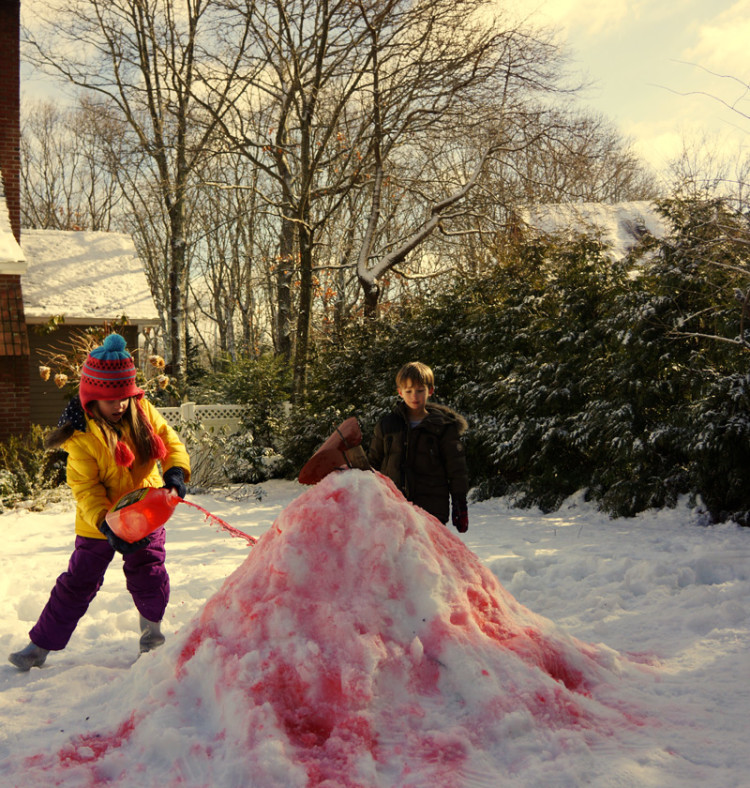 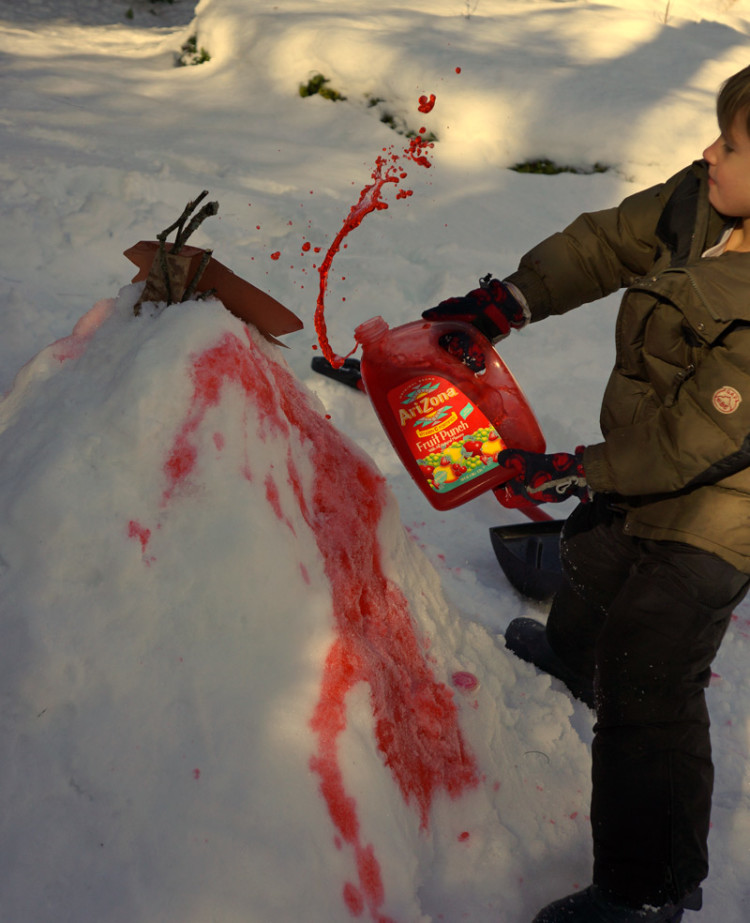 And once again it erupted and the lava flowed. 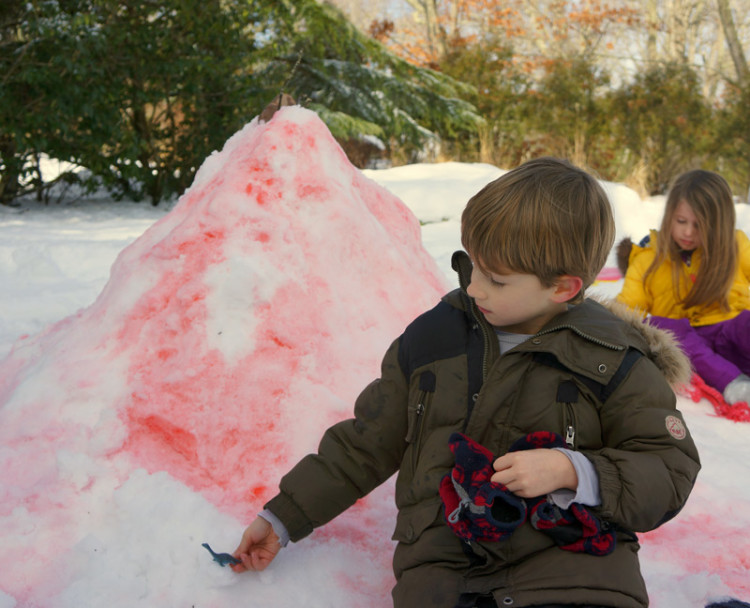 And even a dinosaur came to visit. 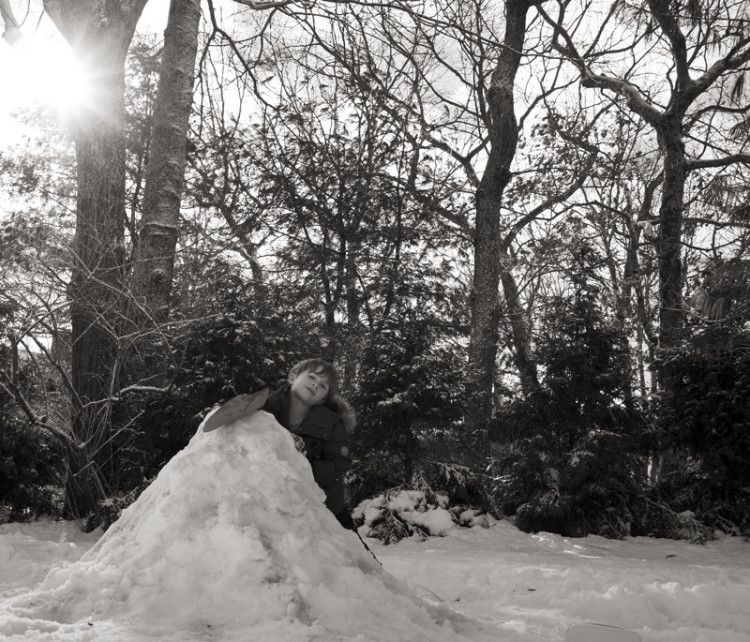 Oh the joys of a snow volcano when you are a kid! But perhaps we’ll try to bring the wildlife to us with a snowman in the woods like here or head for a steep hill….