You are here: Home / Nature Diary / Who’s chasing who? Buzzard or Crow? 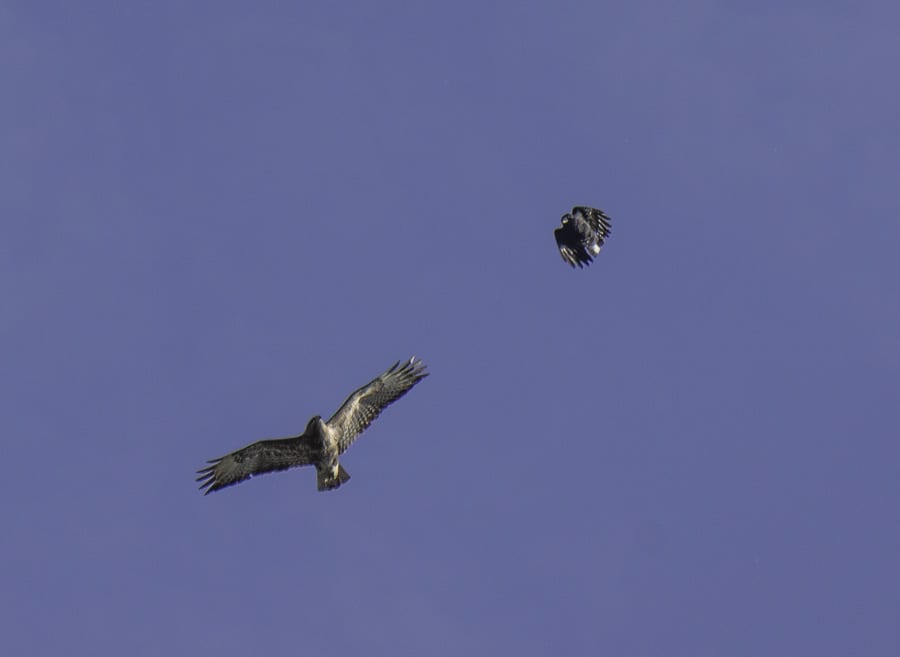 I heard a strange noise up in the sky this week. I was just having a cup of tea on my back deck when I saw two birds swooping above – a buzzard and a crow. I wasn’t sure who was chasing who! A rather odd couple having a squabble but I think the crow was unhappy with the buzzard! Just another day in the countryside…

Originally I just published one image here before I dashed out for the day on Sunday.  I just liked the contrast (above) of the crow with its wings pulled in compared to the buzzard’s spread out as it soared. (And for my American readers I just wanted to add that buzzards are hawks here in the UK.)

I’m actually a fan of crows since learning how smart they are when I previously wrote about my kids meeting a crow in the Hamptons. When we also encountered a Great Horned owl, considered the king of birds of prey, a crow screeched in a tree nearby. The experts explained to us that crows hate these owls as they eat their young so the crow was warning others that their ultimate enemy was nearby.

I managed to get a couple other pictures of the buzzard and crow battle in the sky. Oh yes, and a passing plane too! 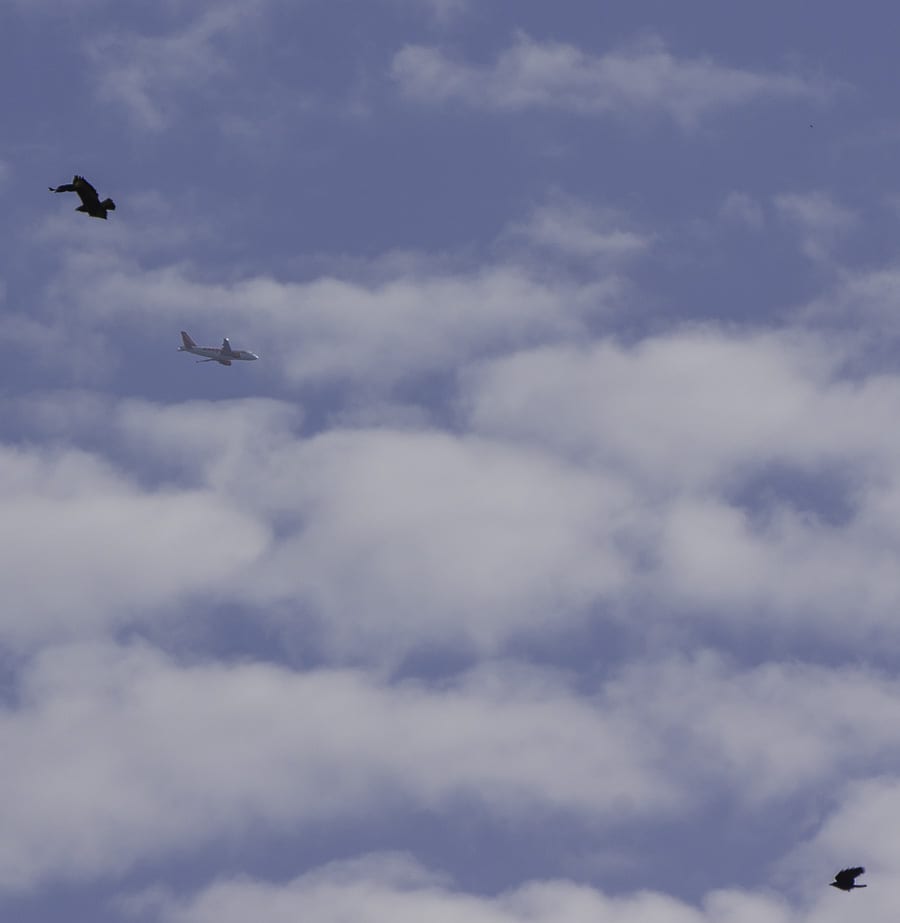 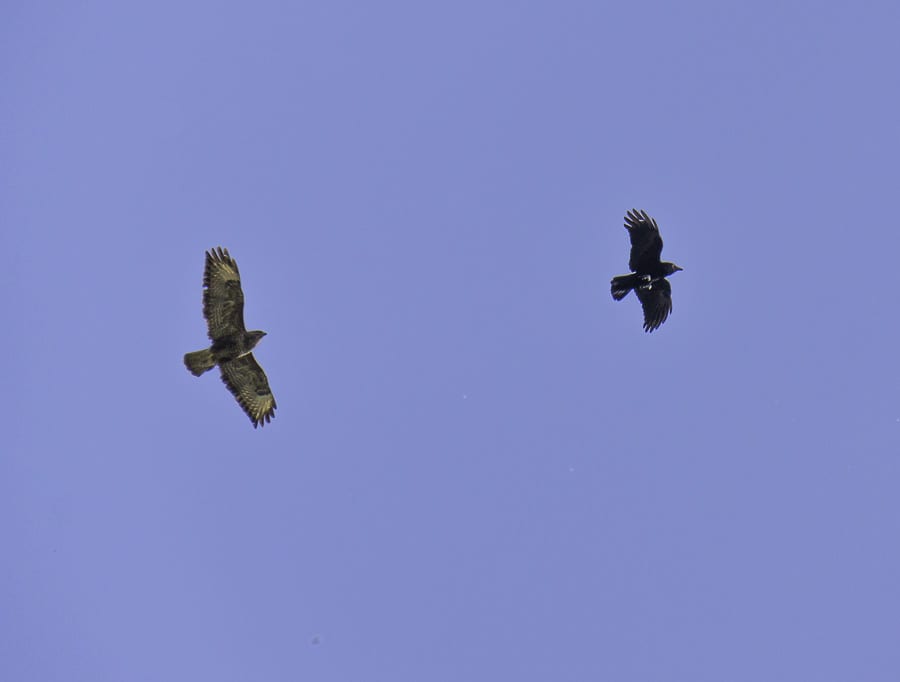 As far as I could tell neither won the competition. However I’m still unsure who was chasing who. According to one wildlife site, buzzards sometimes eat crows. Or was this crow protecting its young and hassling the buzzard?