You are here: Home / Wild Kids / 10 fun facts about bluebells to tell kids 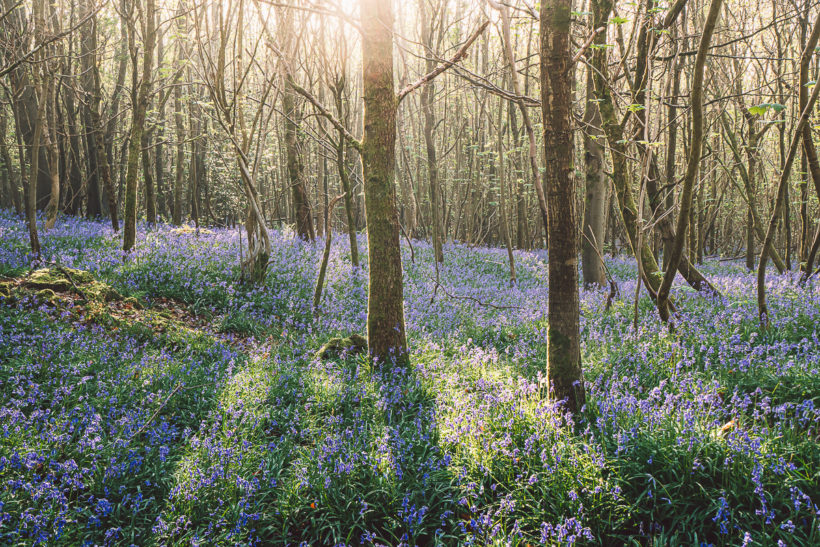 Yeah it’s bluebell time in the woods! When the ancient woodlands around the valley where we lived in southeast England turned blue, I used to take my twins Luce and Theo for walks to see the bluebells every year. 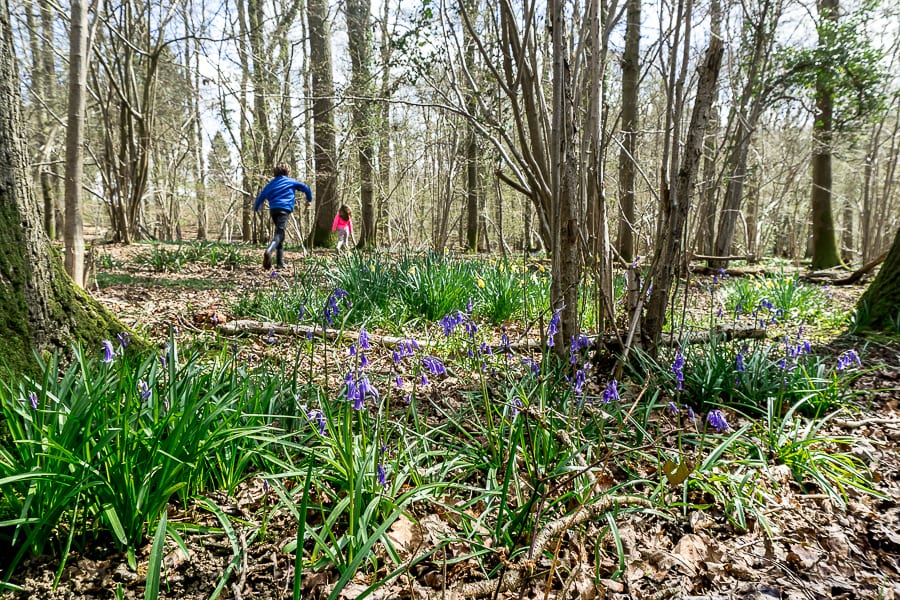 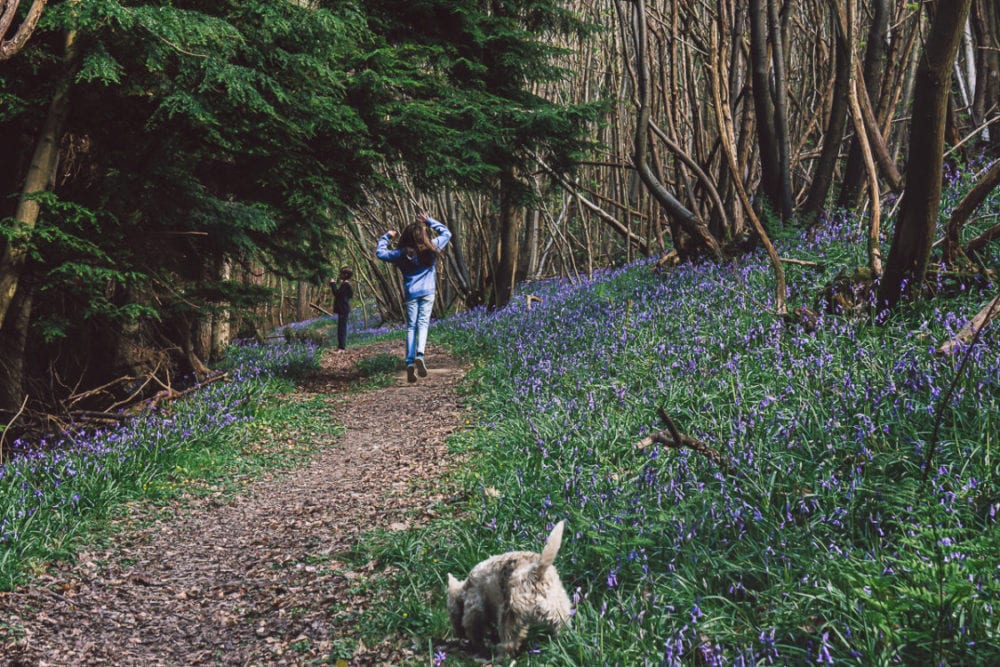 Often they flower away for weeks non stop. Sometimes my kids were rather annoyed with them as they couldn’t run around the woods as freely as they’d like. They know the rules that they shouldn’t pick bluebells nor trample over them. 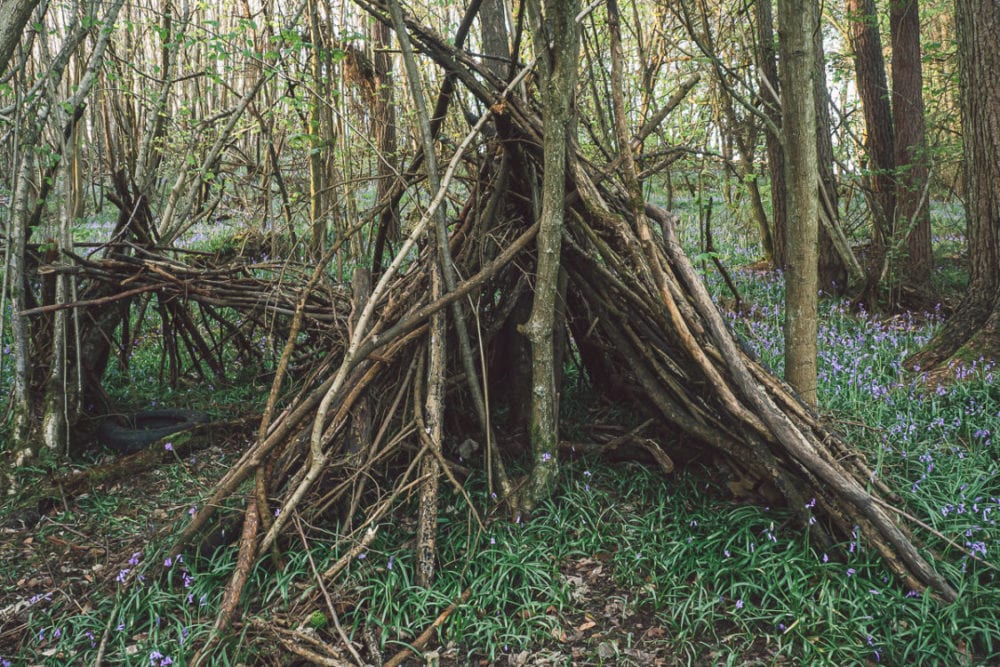 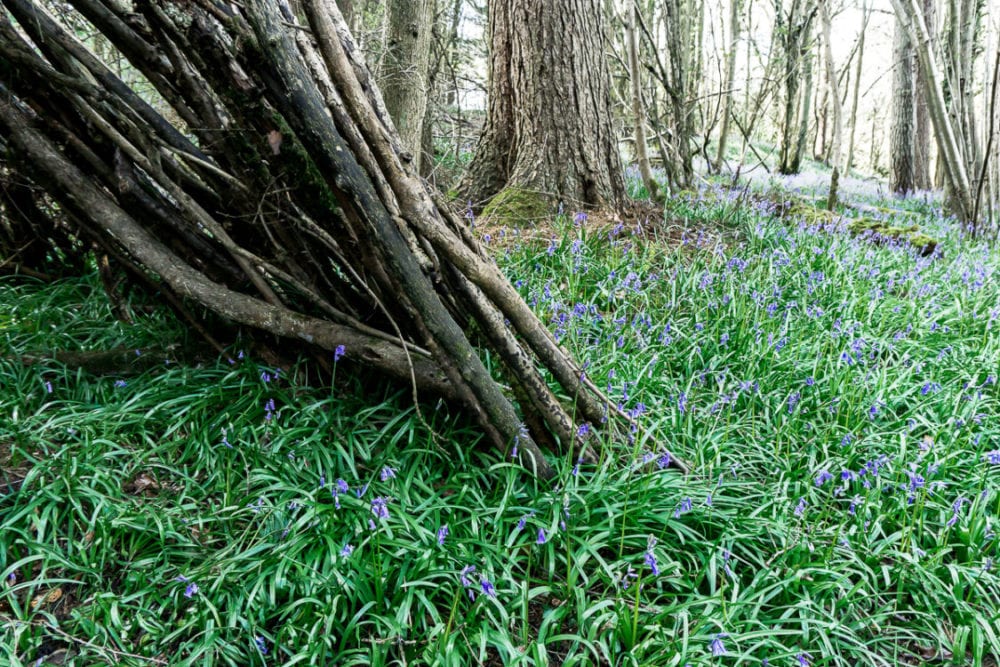 Often they couldn’t even sit inside their den in the woods as nature furnished it with wall to wall bluebell carpeting. (It’s the awesome den they built themselves)

At least they can easily identify them, although I never taught them that the Latin name for native bluebells is Hyacinthoides non-scripta. Did you know ‘bluebell’ was one of the nature words dropped from the Oxford Junior Dictionary?

As my daughter is a huge fan of Horrible Histories, I decided to make our bluebell walks a bit more interesting by telling my kids some more interesting and different facts about these native wild flowers.

10 not so usual facts about bluebells to tell kids: 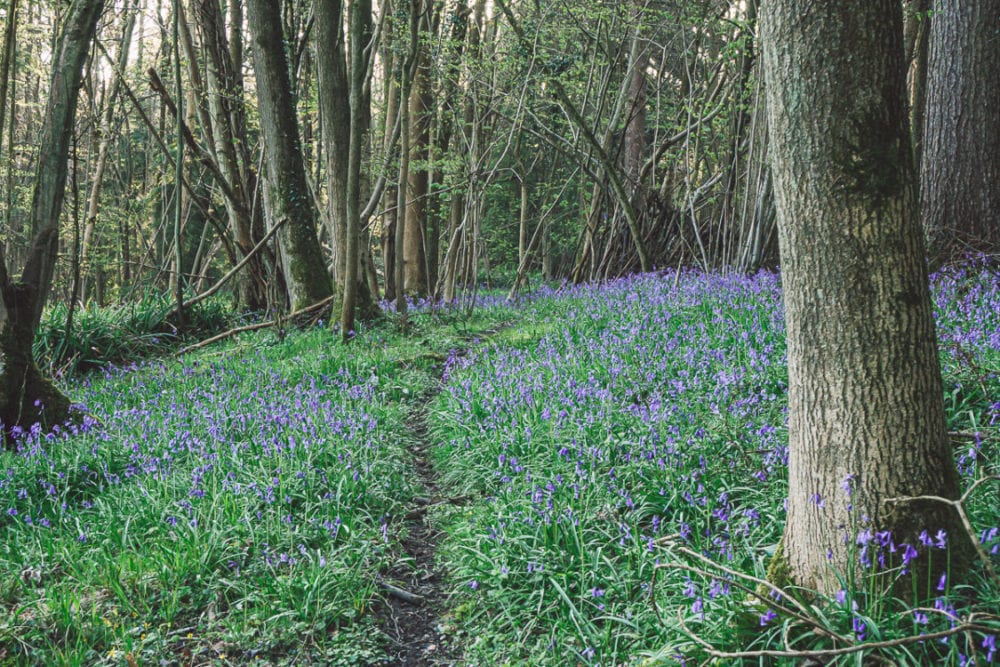 After an adventure identifying and looking for badger paths through the woods, Luce and Theo have discovered that they can avoid walking on bluebells by following these well-worn trails. Luckily there’s a deer highway that passes right in front of their den. 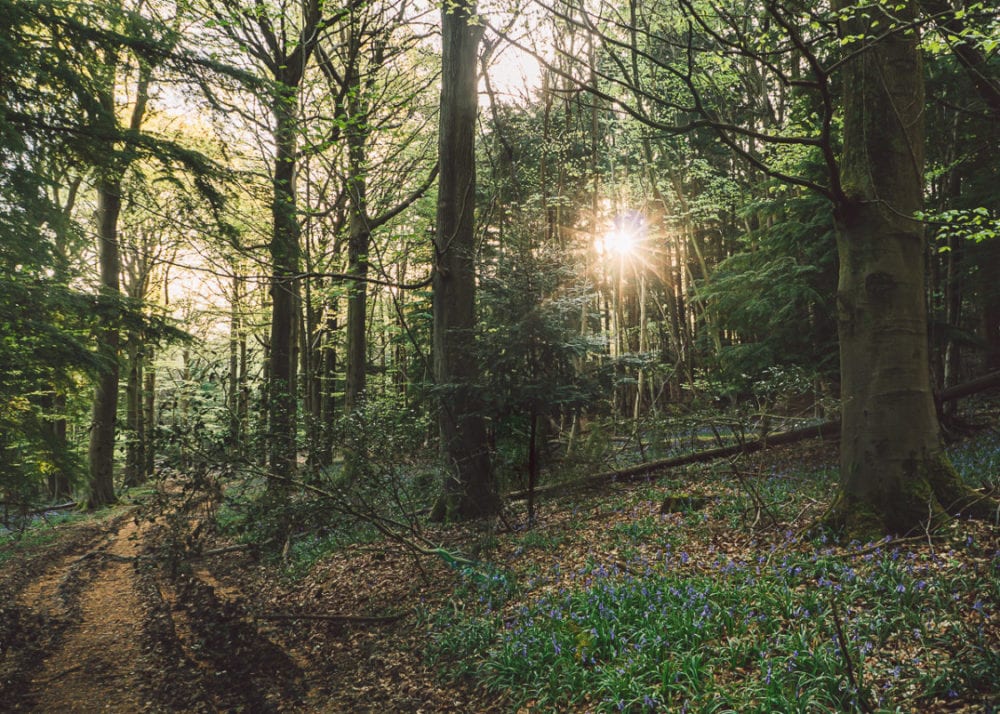 The presence of bluebell drifts is also a big clue in the woods themselves that we’re exploring ancient woodlands. 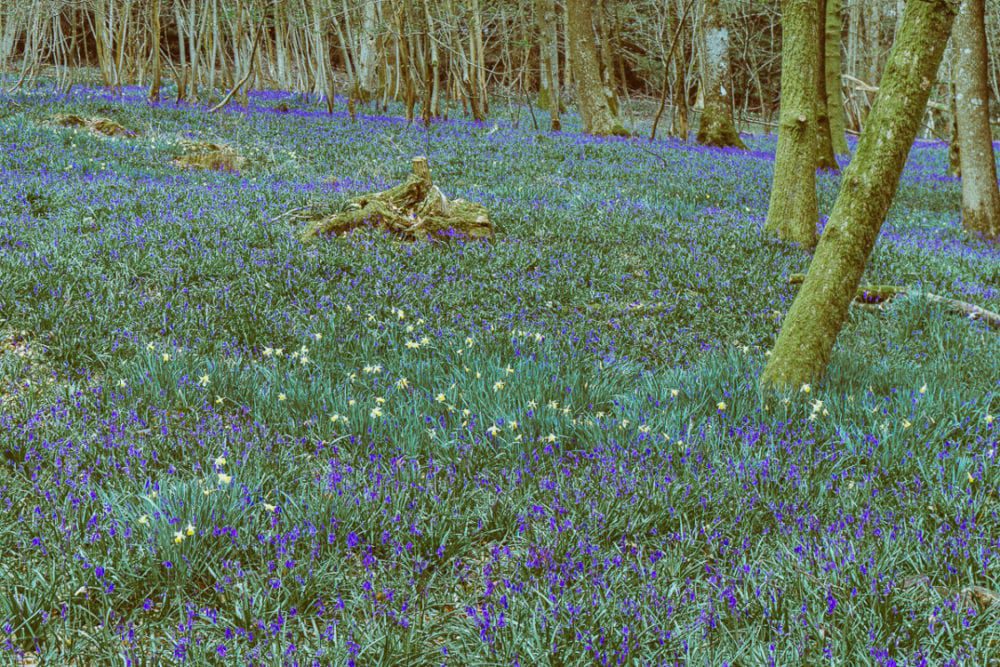 Wild daffodils – Narcissus pseudonarcissus – like bluebells are an ancient woodlands indicator plant, so if you’re lucky you may spot both together!

Now without wearing a wreath of bluebells I have to tell you the truth. I haven’t told them all of the facts yet because I plan on taking them for another bluebell walk this weekend.