In January Luce and Theo helped rebuild and set up a broken bird feeder platform in our garden. We wanted to attract wild birds to our garden especially during the cold weather. Well, they came! Now the platform and the ash tree next to it is rather a social hubbub for birds. Soon a wild pheasant, who we’ve nicknamed Fred, regularly came visiting.

Unfortunately a couple of days ago the squirrels finally noticed that there was a party going on at the bird feeder. I’m trying to convince them they’re not invited with some bad dancing involving loud clapping and flapping of the arms. Meanwhile the Great Spotted Woodpecker has been a no-show so far this week.

So here are some of the visitors who stopped by yesterday. 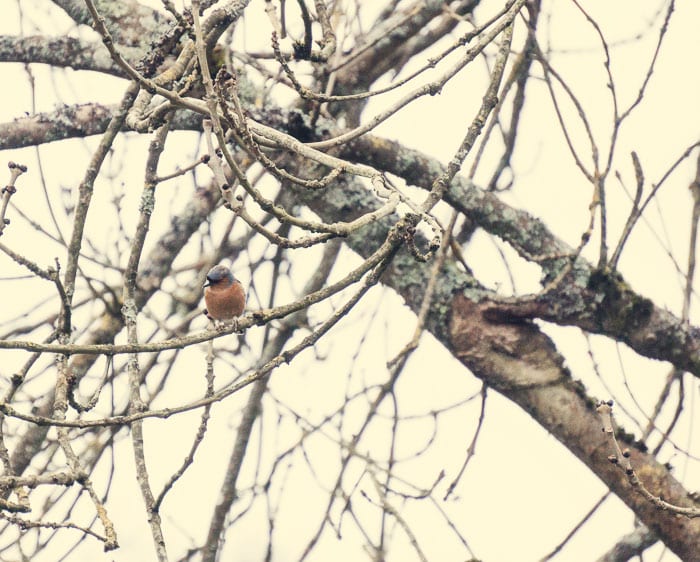 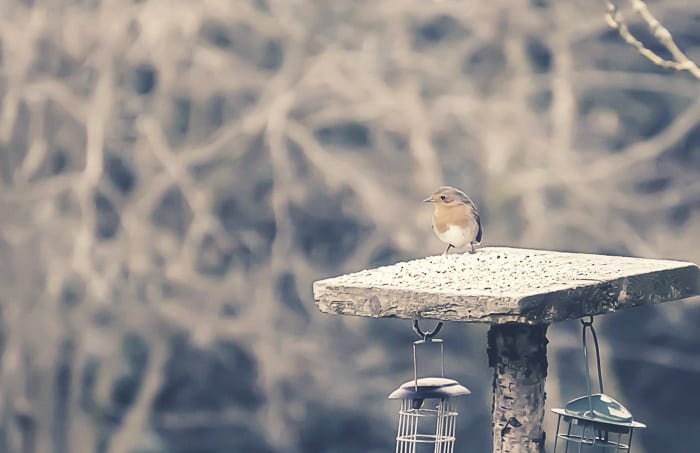 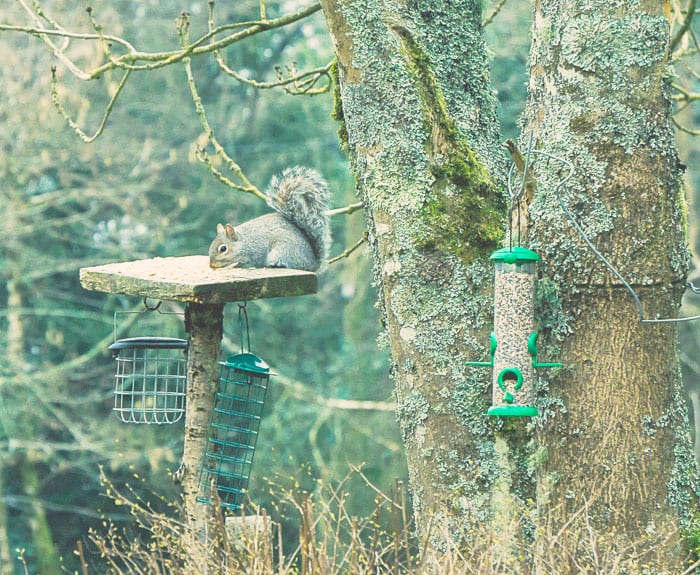 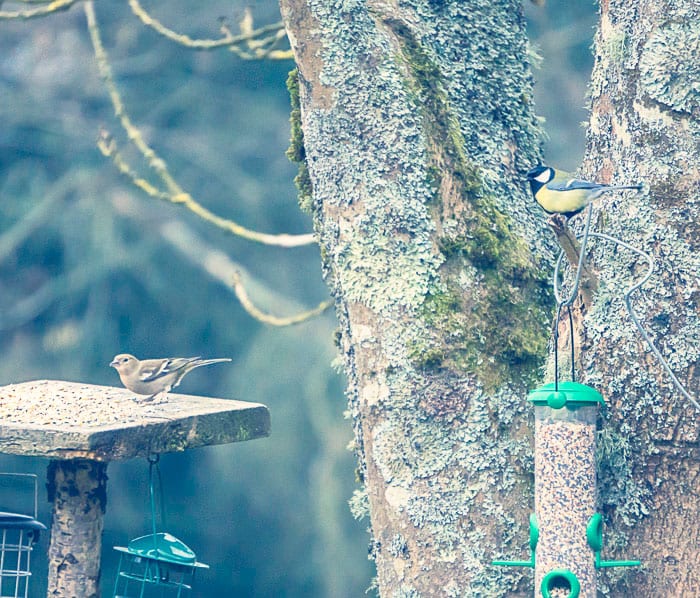 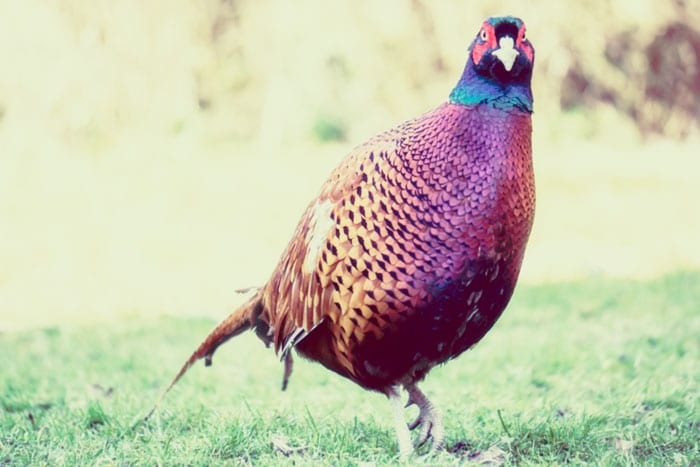 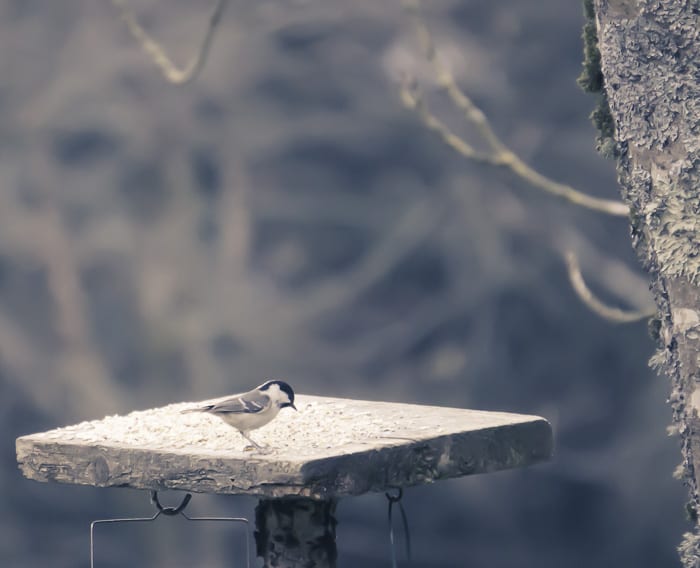 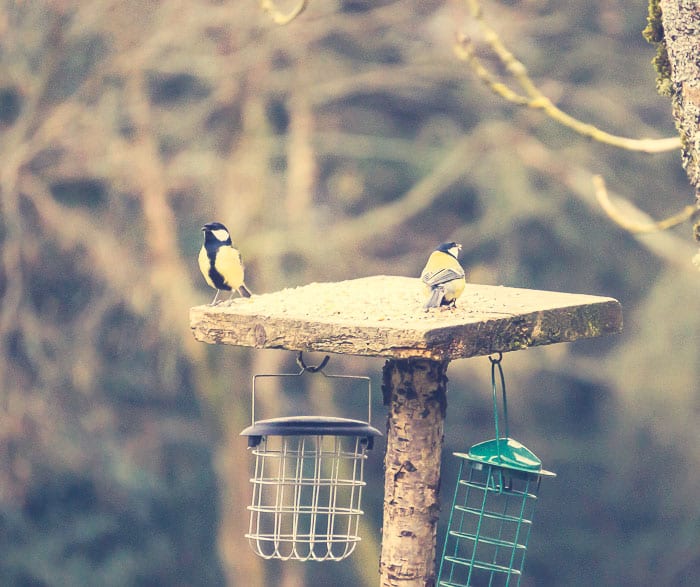 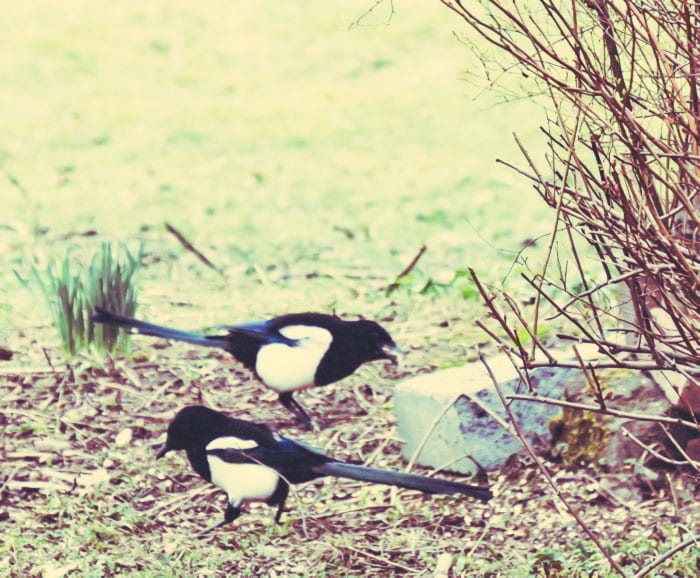 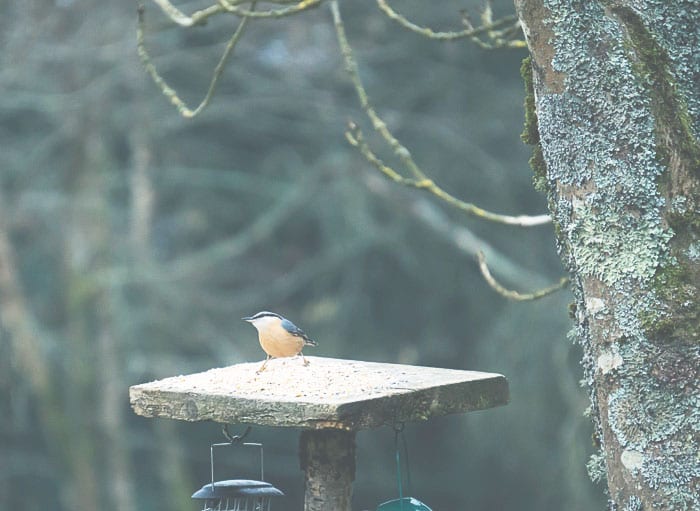 Whenever Fred sees me come out to refill the bird feeders, he rushes over to join in. He just doesn’t want to miss out on the party! When he first showed up in January he was rather shy and would flee whenever I made an appearance. Now his wallflower instincts are gone and I have to be careful not to step on him.  Theo rather likes the idea of Fred becoming a ‘pet.’ As a consequence I’m continually repeating that he should never ever even contemplate trying to stroke Fred. 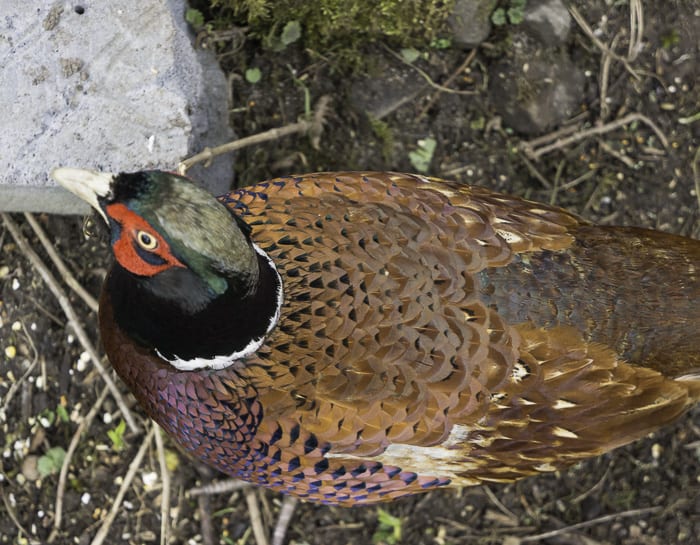 As you can see it’s rather a party scene at our bird feeder. I’m rather curious who might show up in the next couple of weeks for some spring gatherings.