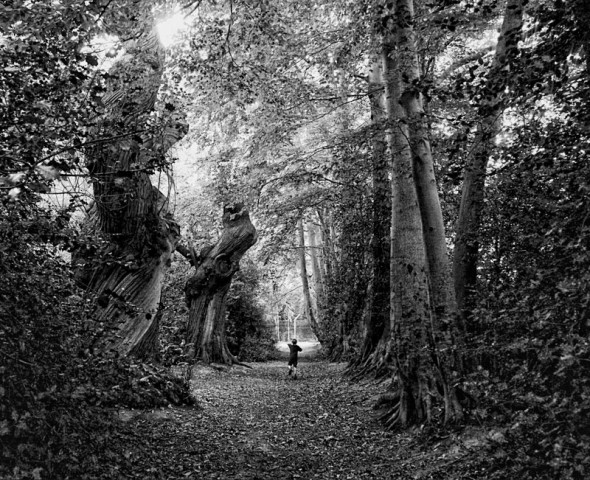 Once upon a time three hundred years ago, 104 Sweet Chestnut trees were planted by the Evelyn family in two avenues that formed a V leading to the entrance of Felbridge Park.  It was 1714 when the country was celebrating the return of a Protestant monarch with the accession of George I to the throne. The Evelyns were a prominent royalist family who owned about 2000 acres including Felbridge Park.

Were the Evelyn Chestnuts planted to commemorate the new king? Or perhaps the Evelyn family were just trying to be trendy like the British aristocracy and copying the French by having a double avenue of trees leading to their manor? No one is absolutely sure as the gentleman’s estate no longer exists, nor the manor house, but it was thanks to a local history group’s research as nature detectives that the age of these trees were established.

So nature has prevailed and the Evelyn Sweet Chestnut trees live on. That is, only 38 out of the 104 which originally formed two avenues with 52 in each. Since they were saplings, new houses and developments have been built besides or over their roots in this area of Felbridge by the West Sussex boundary line. One avenue lines Crawley Down Road. Another passes through school grounds and a playground behind the village hall. 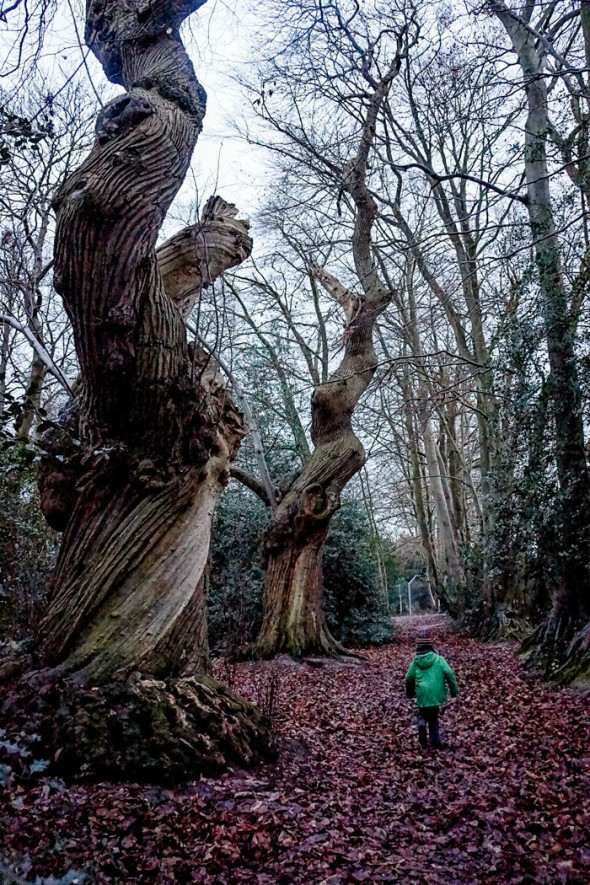 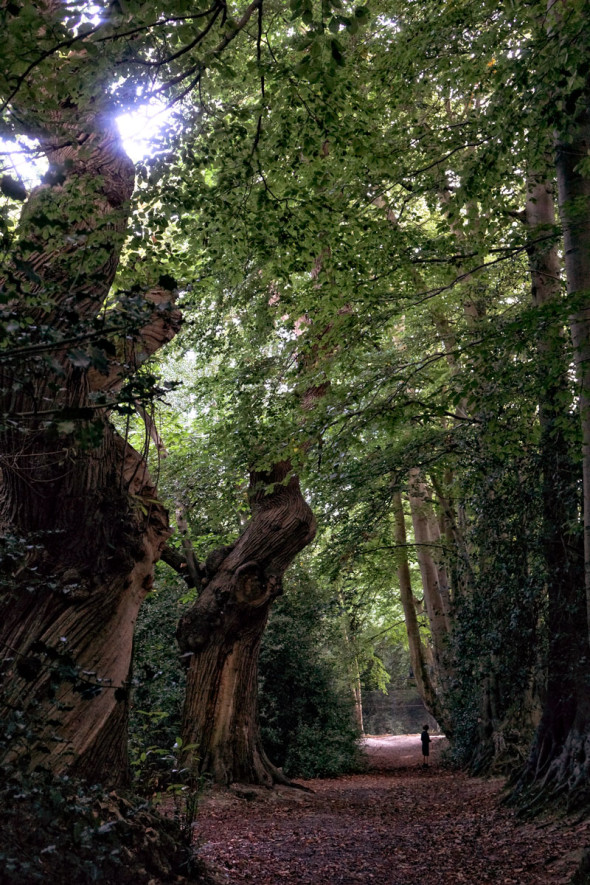 Every week, when it isn’t raining, Theo and I wander amongst these trees while his sister Luce dances indoors. It’s a special time for us to spend alone together. Walking and talking and then quiet pauses as I admire these trees and he runs from tree to tree. We’ve also been watching them transform as the seasons change. 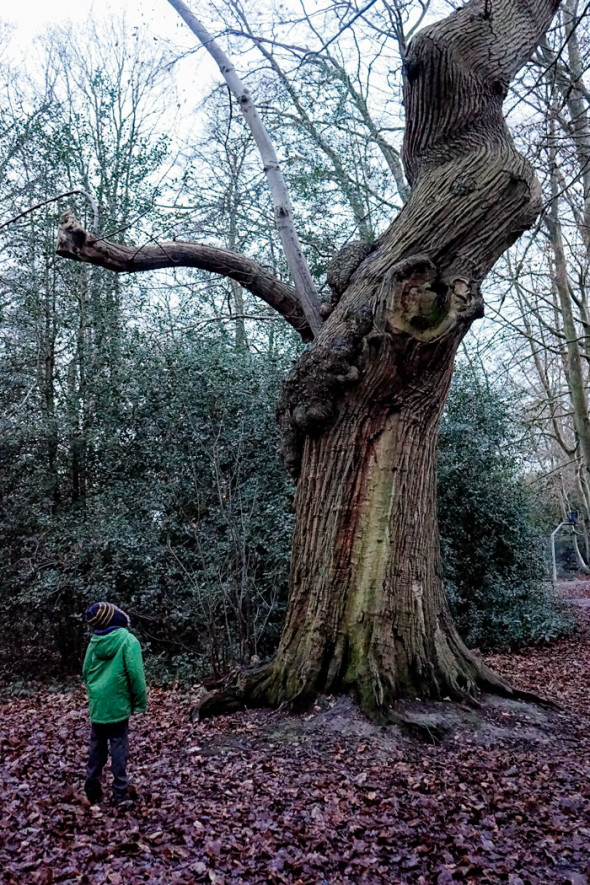 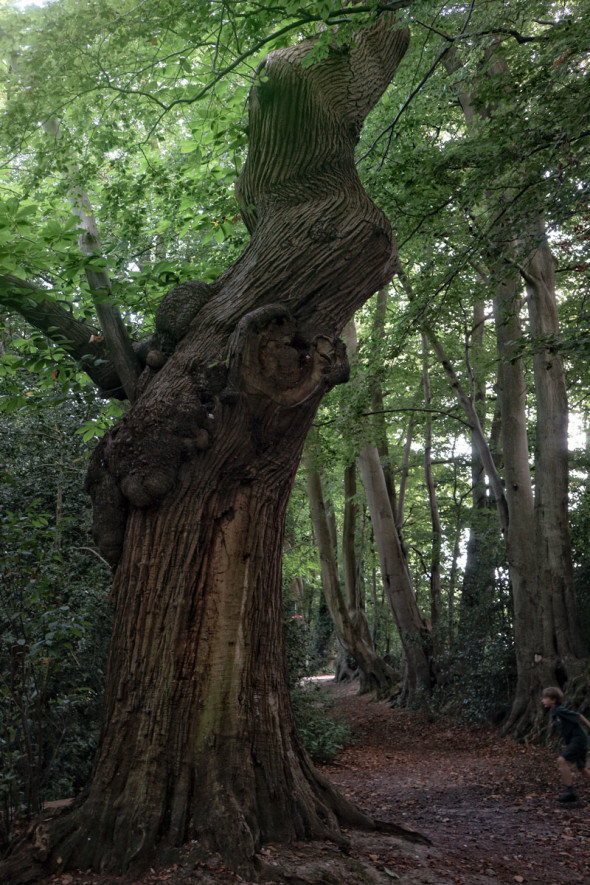 I’m intrigued at how these trees seem to twist and dance as they become more ancient. Deep furrows in their bark like wrinkles of age. 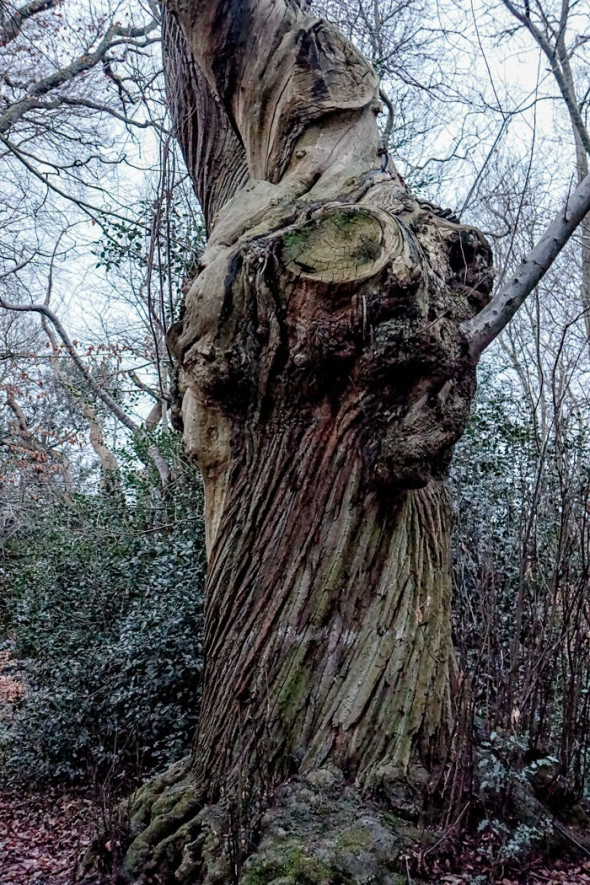 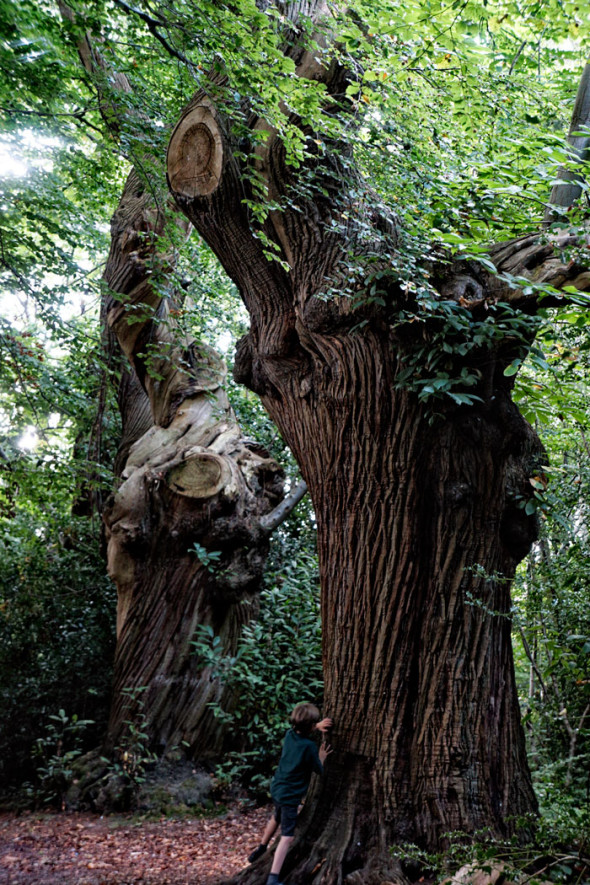 While Luce does pirouettes in her ballet class, Theo tries to climb them – or even give them a hug. 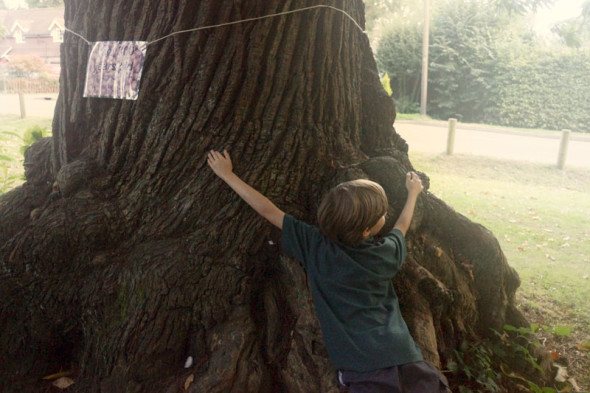 Despite their ancient years, in the early Autumn their branches were covered in seed pods. And now there are buds appearing on their twigs. If you want to make sure you recognize a Sweet Chestnut in winter then you can identify them by their buds. 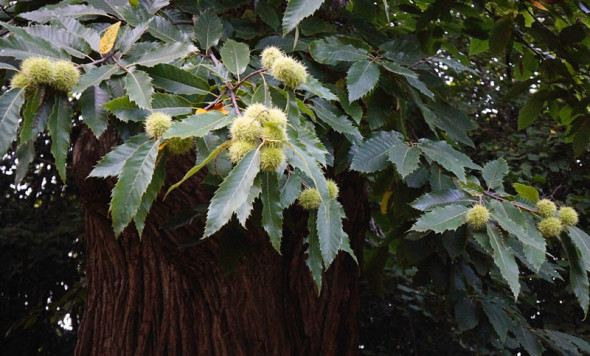 Although they seem so British, Sweet Chestnuts – Castanea sativa – are not a native species but are from southern Europe and Asia Minor. It’s believed they were first introduced by the Romans. Not surprisingly they’re also called European Chestnuts or Spanish Chestnuts.

Theo is fascinated by ancient trees. He’s amazed that they could be living for centuries, perhaps another 1000 years, while homes and countryside next to them will change, transform and even disappear. We went on a walk last summer to meet an ancient British oak and a newcomer Giant Redwood, who like these sweet chestnuts, could be still around in the 22nd century. 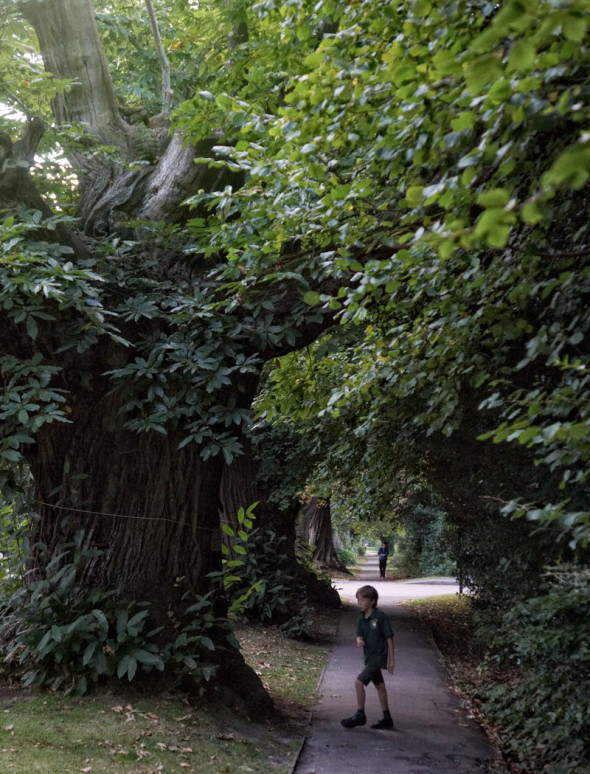 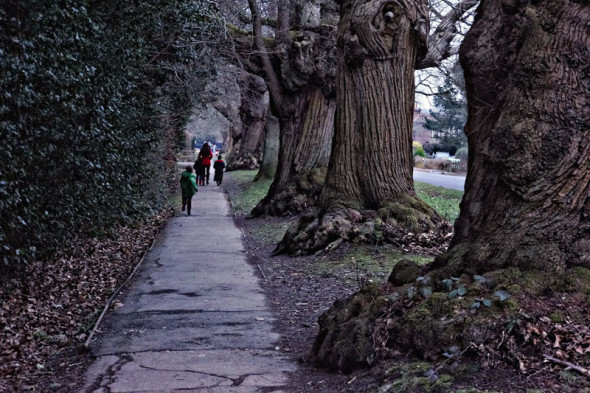