You are here: Home / Travel diary / Atlantic beaches in the Hamptons – 20 views off-season

In the summer beach towels and lifeguards are spread along the Atlantic beaches in the Hamptons. Swimmers and sunbathers arrive due to the allure of wide beaches with pristine sands. It’s the high season.

But from mid-May to mid-September you can go for a walk along these shores and find you’re the only person on the beach as far as you can see in either direction. It’s the off season.

The beaches and the water on the Atlantic side can be wild and tempestuous in the winter. Or calm but cool in the Fall. Migrating birds visit in the Spring. You can take your kids beachcombing or for a walk in the wind or to watch and take photos of the thundering waves.

Here are 20 views of the Atlantic beaches in the off-season: 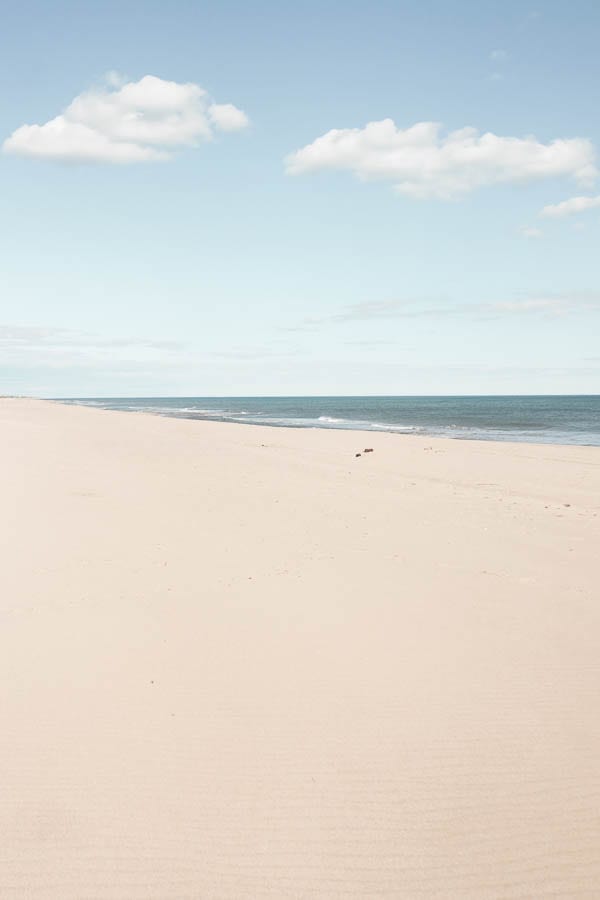 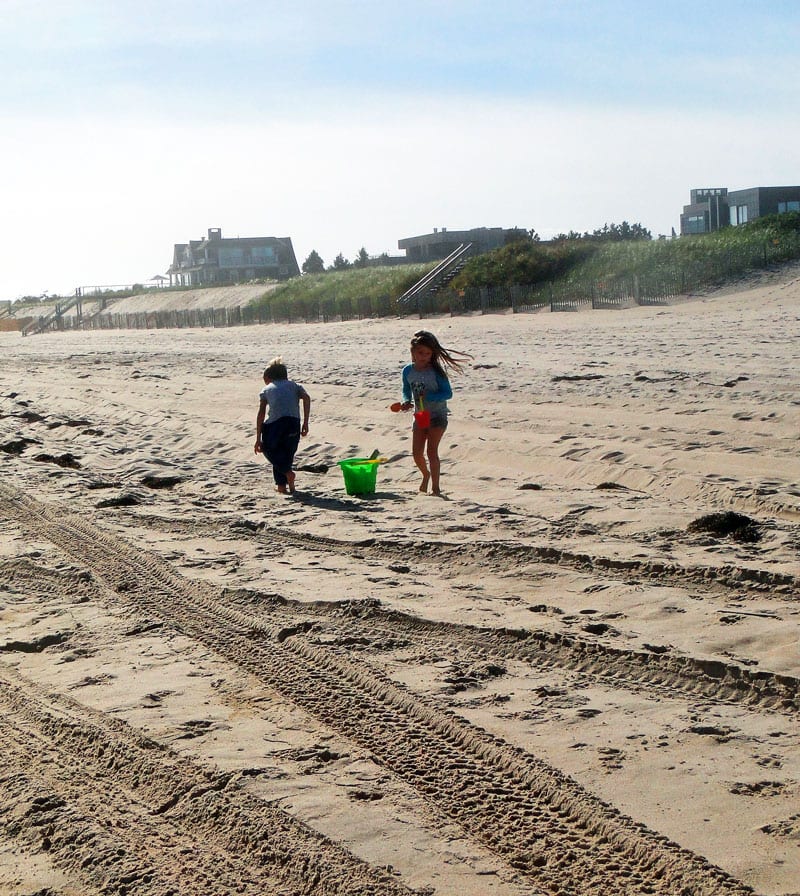 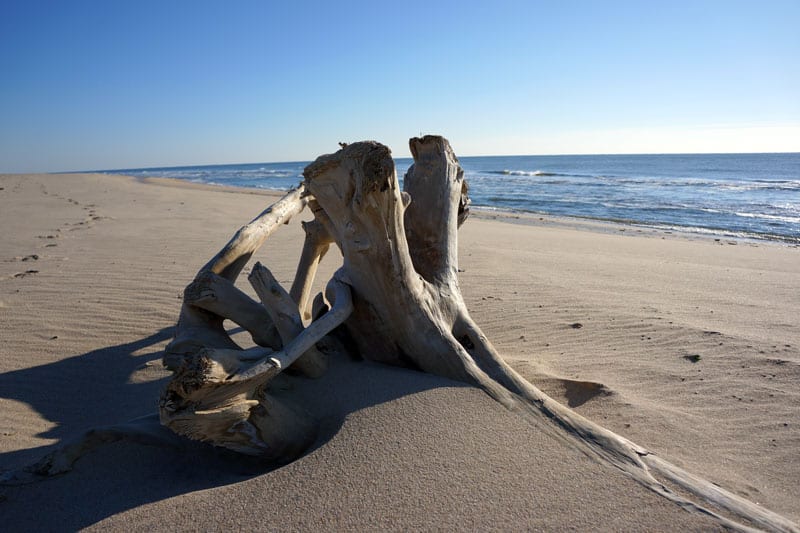 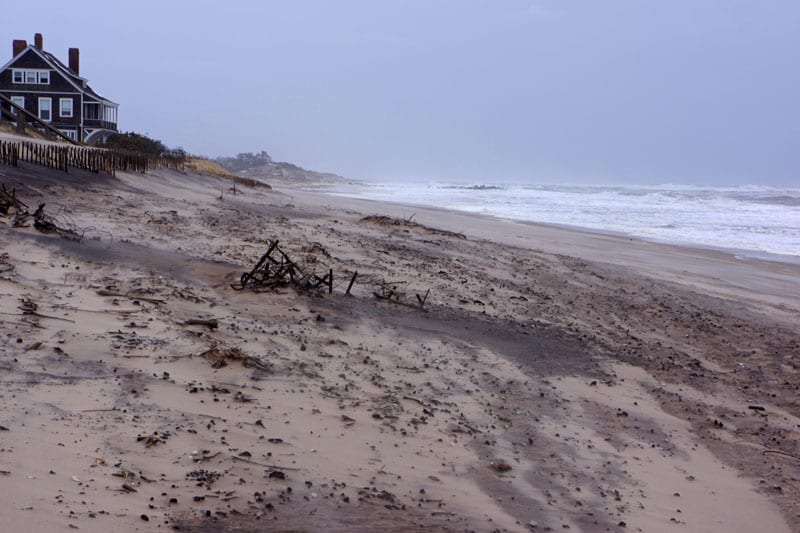 The end of a storm on a beach in Wainscott 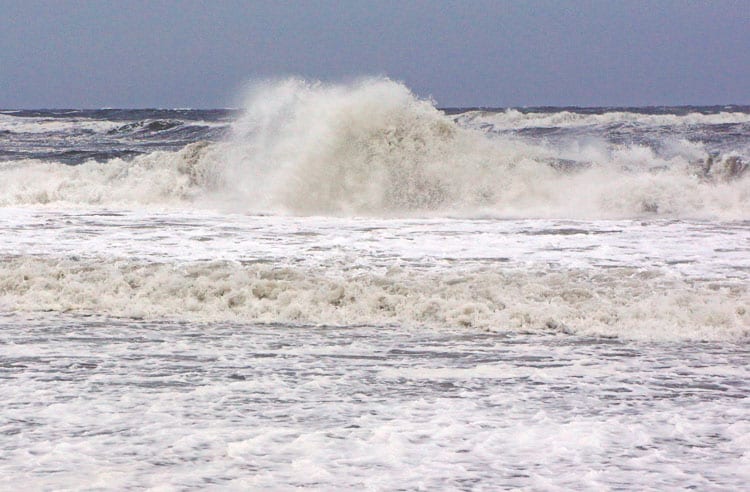 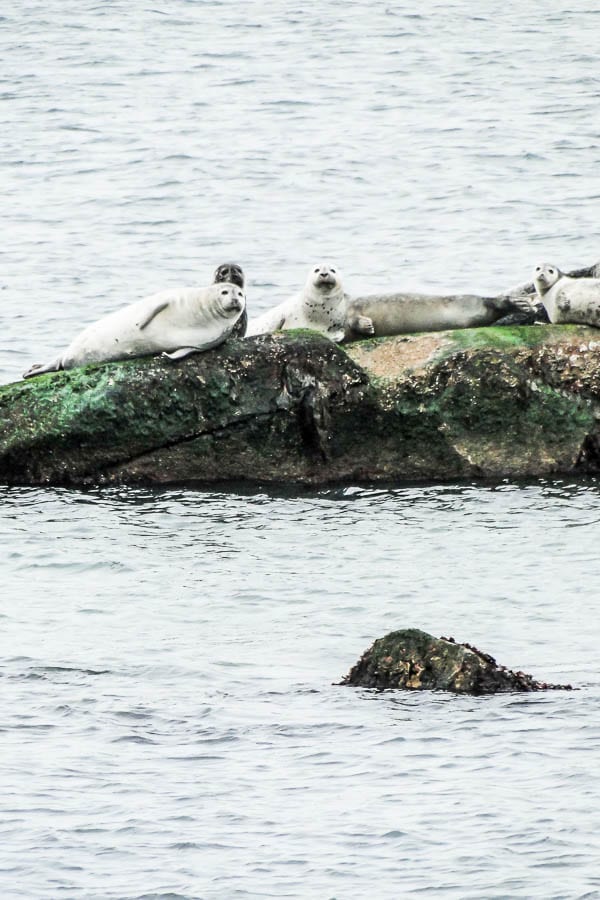 Seals viewed from a beach near Montauk. You can find out more about how to get here and when to see seals in the Hamptons in this post. 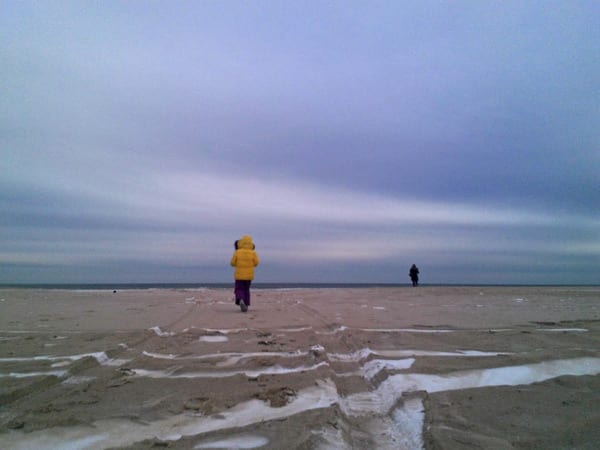 A winter walk with kids on a Southampton Atlantic beach 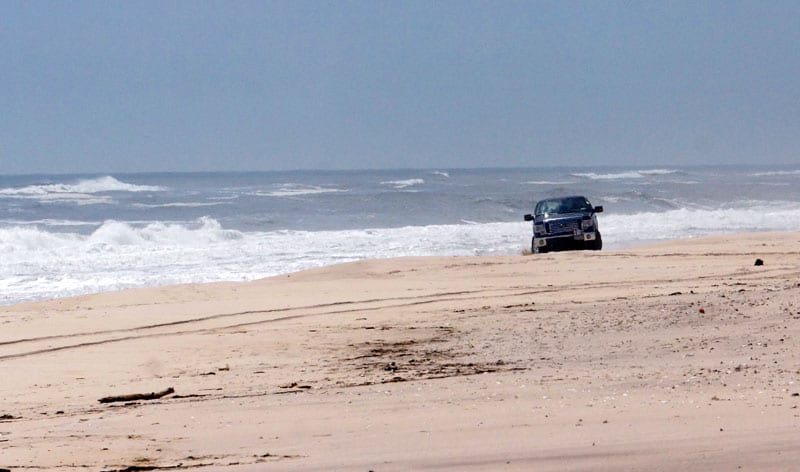 Atlantic beach driving during the day in the off season 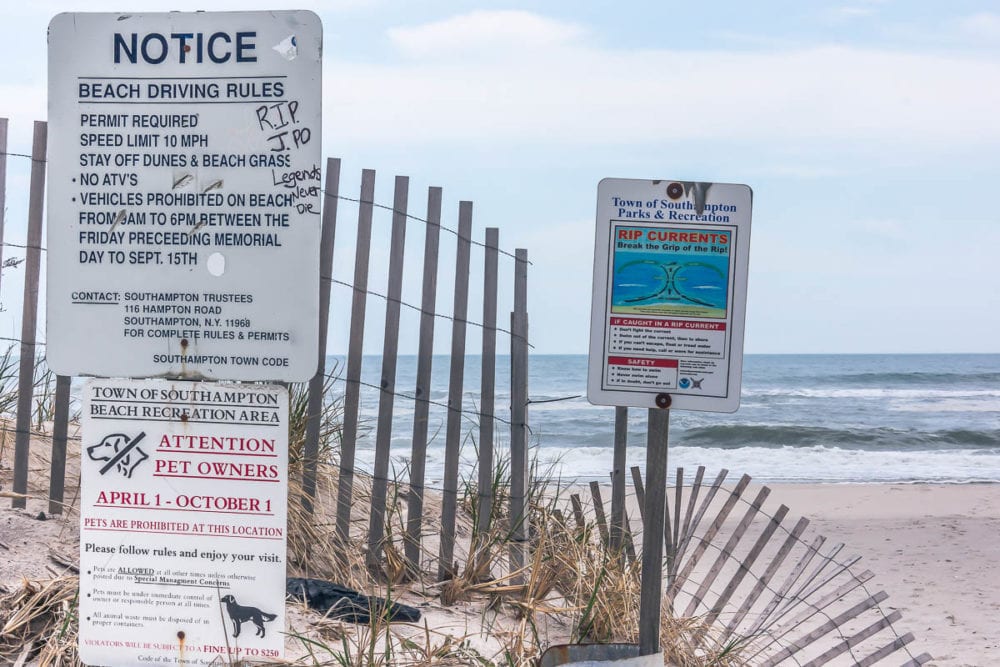 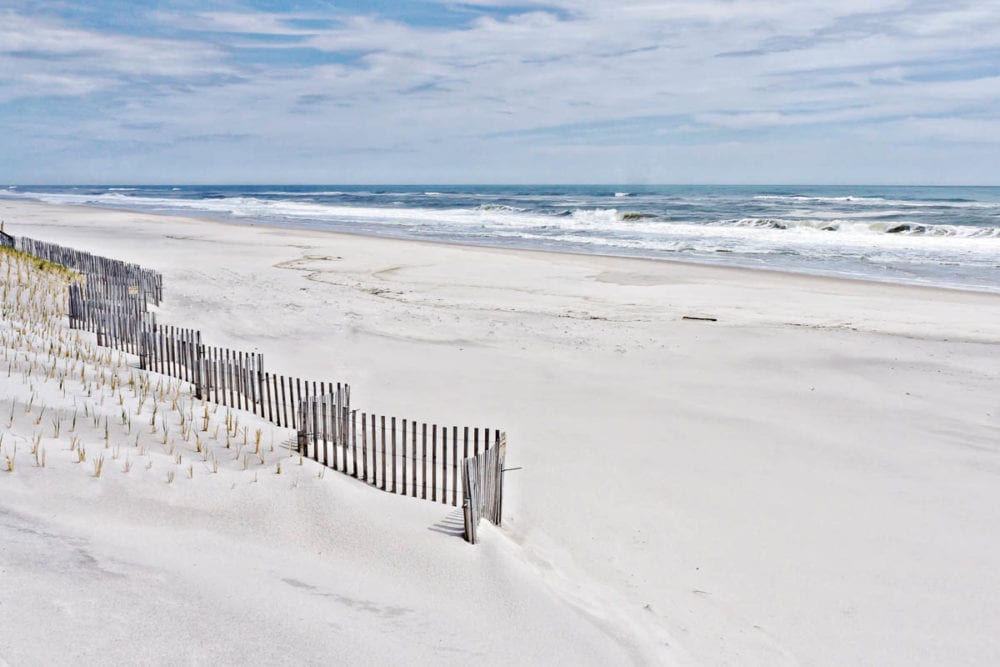 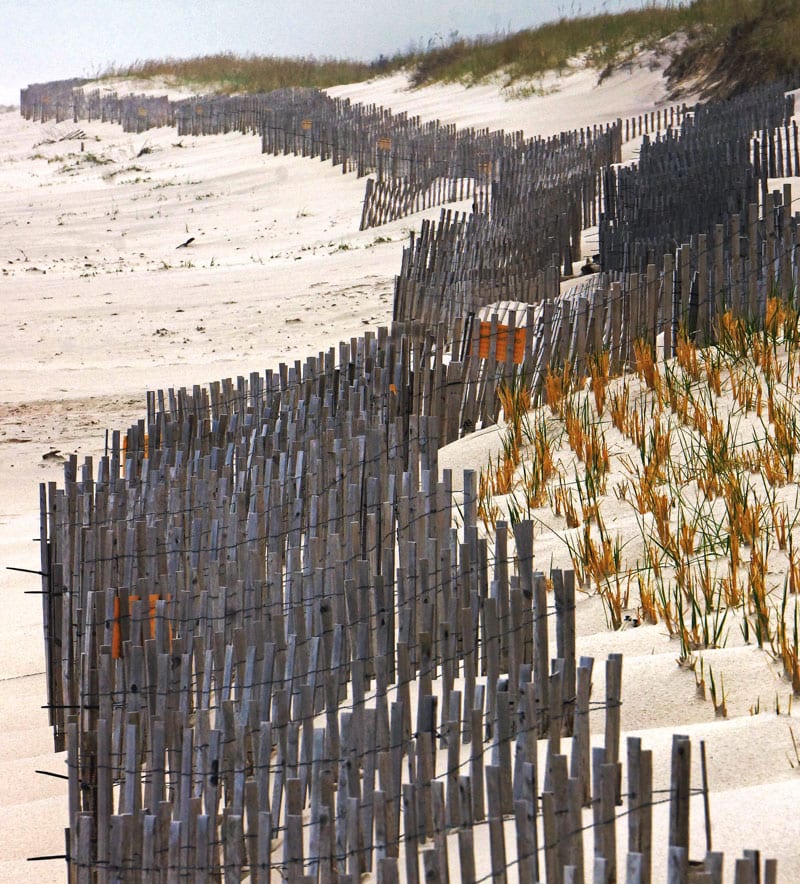 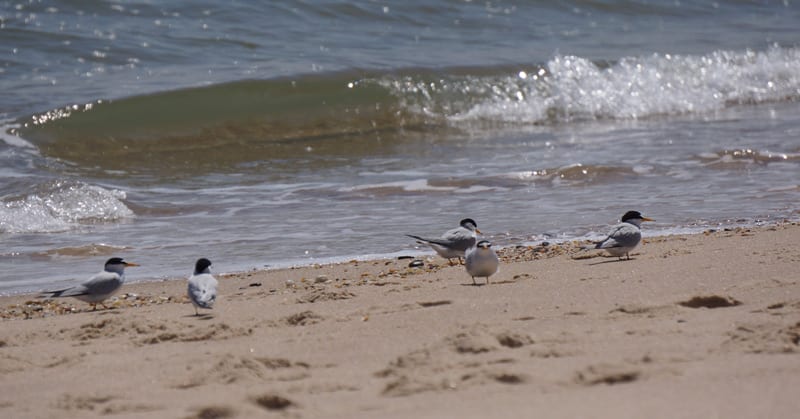 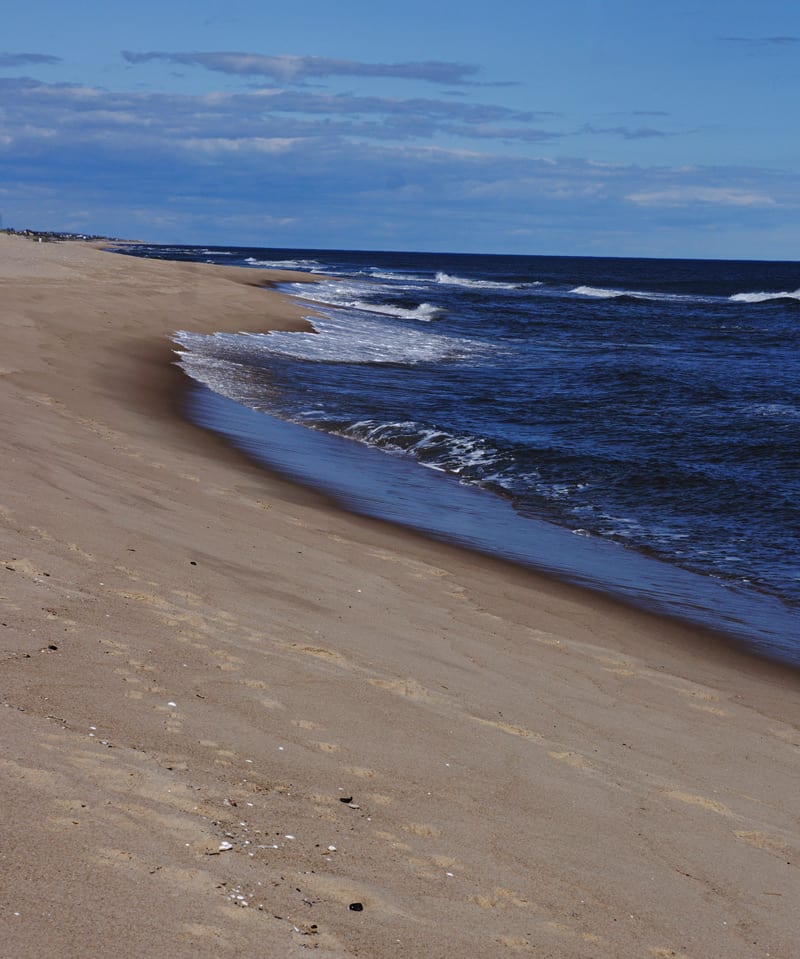 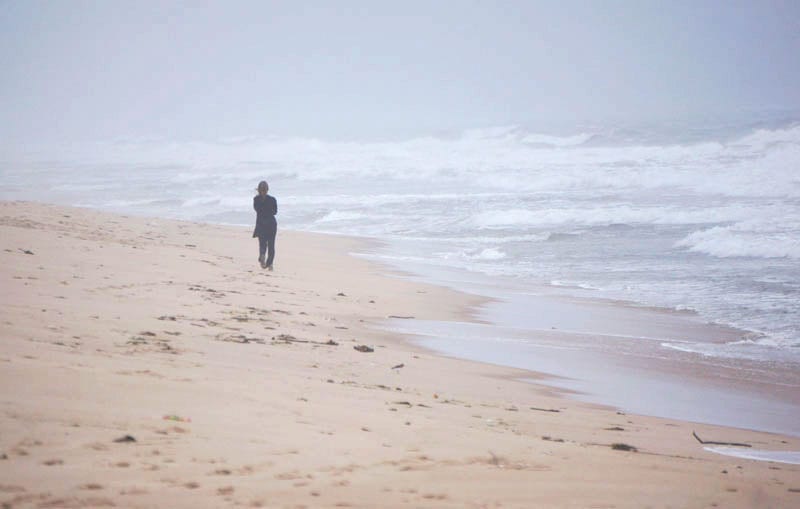 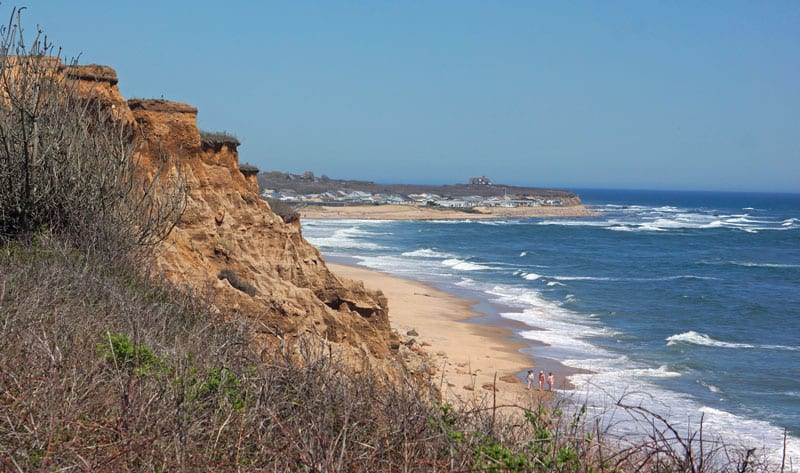 Ditch Plains Beach in Montauk – where the surfers go 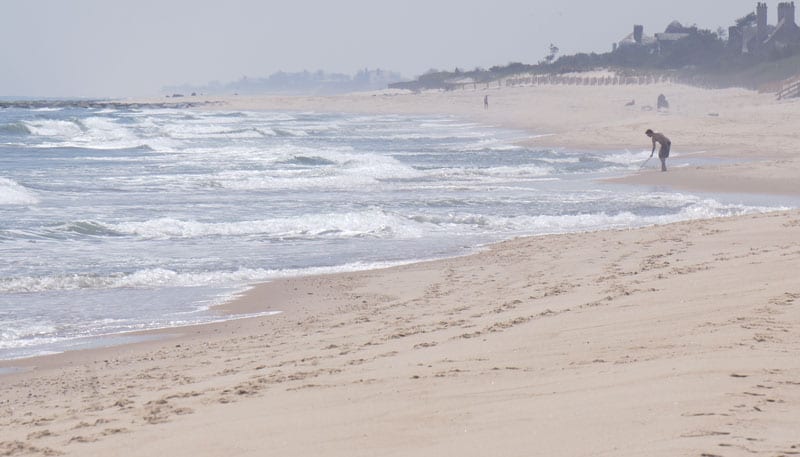 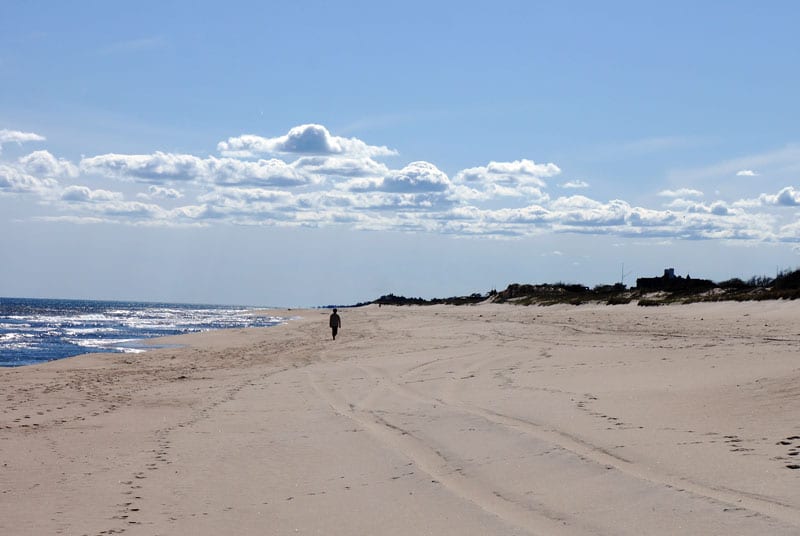 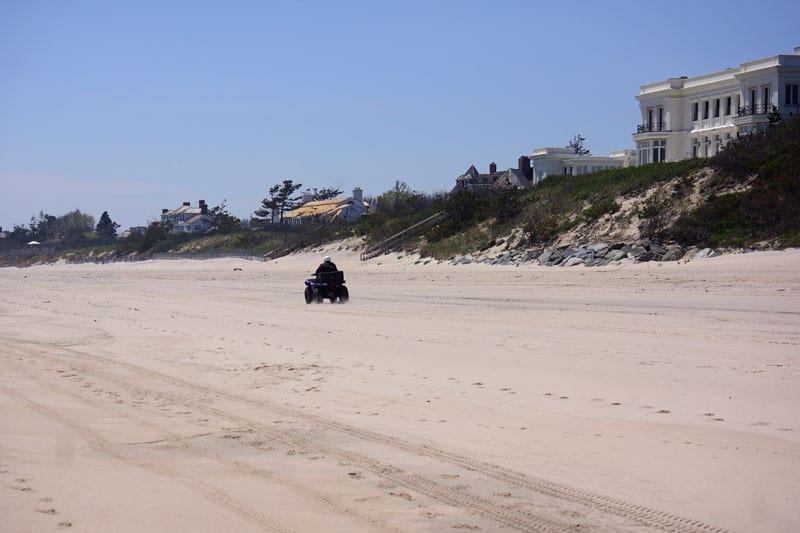 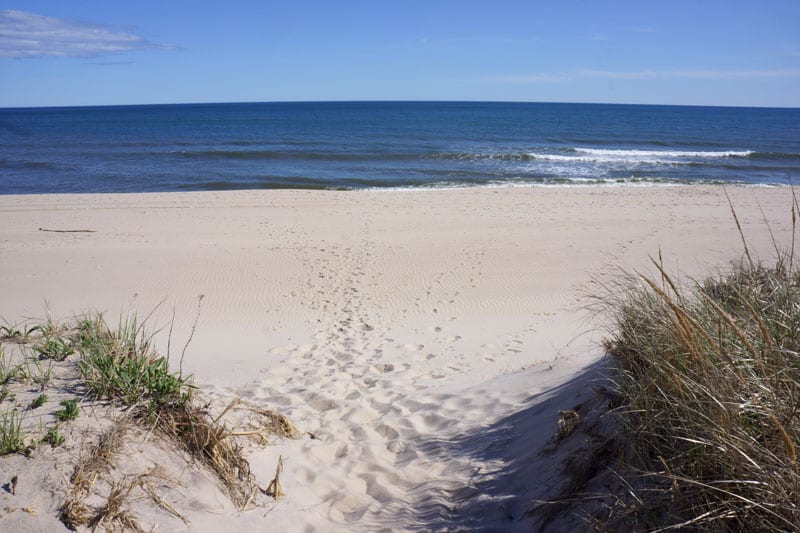 The Atlantic Beaches of the Hamptons

The Hamptons are located on the South Fork  of Long Island.  The western half is overseen by the Town of Southampton – roughly from and including the village of Westhampton Dunes to the Village of Sagaponack. While the eastern half is controlled by the town of East Hampton – from Wainscott to Montauk. Sag Harbor is split between the two.

In the summer season, if you’re a full time resident or a homeowner in the Hamptons, you can get a parking permit from either Southampton or East Hampton town halls for the Atlantic and bay beaches depending where you’re located. If you’re a visitor or just renting a house for the summer season then you can buy a permit. These permits cover ‘town’ beaches. A separate parking permit is needed for both Southampton Village and East Hampton Village. A few beaches sell a daily parking permit.

Main Beach in East Hampton Village is considered one of the top beaches in the USA. In 2013 Forbes reported that it was voted the number 1 beach in the annual list of the nation’s top 10 beaches by Stephen P. Leatherman, “a.k.a. Dr. Beach.” But forget visiting this Atlantic beach in the summer season unless you get on a bike or have someone drop you off – the village permits sell out as soon as they become available early in the year.

But in the off season you can park and visit and enjoy the Atlantic beaches of the Hamptons at your leisure. And more often than not have the whole beach to yourself.

Previous Post: « The week that was in photos – 20
Next Post: The Hamptons Birds of Prey – Look up at the sky! »