You are here: Home / Wild Kids / How to watch tree buds grow 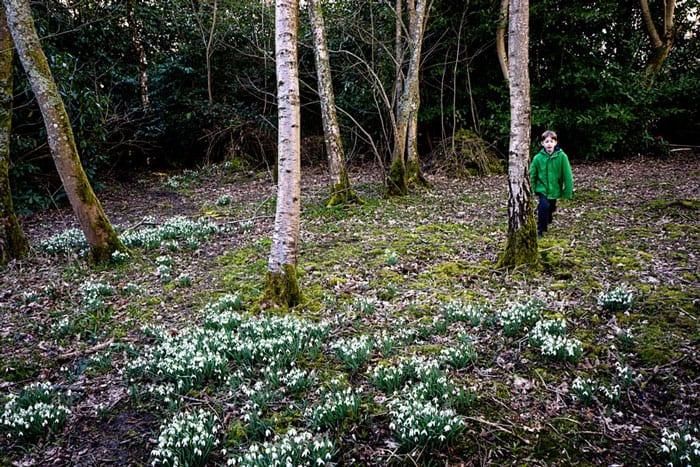 Okay I’m going to admit straightaway that I’ve probably been as thrilled as my kids (or perhaps even more) watching buds grow indoors! The bonus is that it’s an indoor activity that helps Luce and Theo appreciate more the wonders of nature when they’re playing outdoors. Sorry but there’s something wondrous about watching buds split apart….and then leaves come out of them! 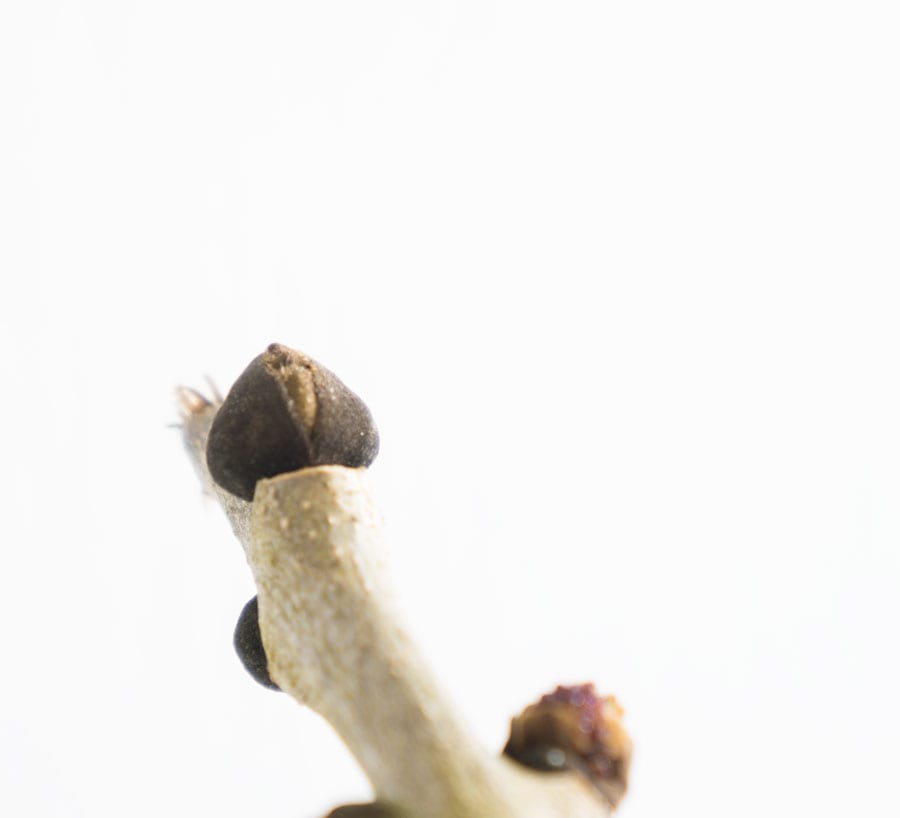 Finally spring is arriving which means leaves will soon be reappearing on trees bare over the winter. Recently, whether Luce and Theo are playing in the garden, going for an adventure in the woods or building their den under some trees in their ‘secret’ place, we’ve started noticing all the tree buds.

After learning that we can identify trees by the type of buds on them, we decided that we needed to observe the buds growing as well. The best way to do this was to grow tree buds indoors. We first chose a birch twig for our experiment. When we saw it was working we then added more twigs with buds from different trees.

Free printable on identifying tree buds is in this post.

We currently have three different twigs with buds which we’re watching grow: a birch twig, a hazel twig and an ash twig. Each twig was put in a jar of water and kept on a sunny shelf near the kitchen window. We made sure the water was regularly topped up in the jars.

Whatever the season, my kids easily recognize birch trees by their white peeling bark.  So we brought back a birch twig after a walk in the woods on February 19th. 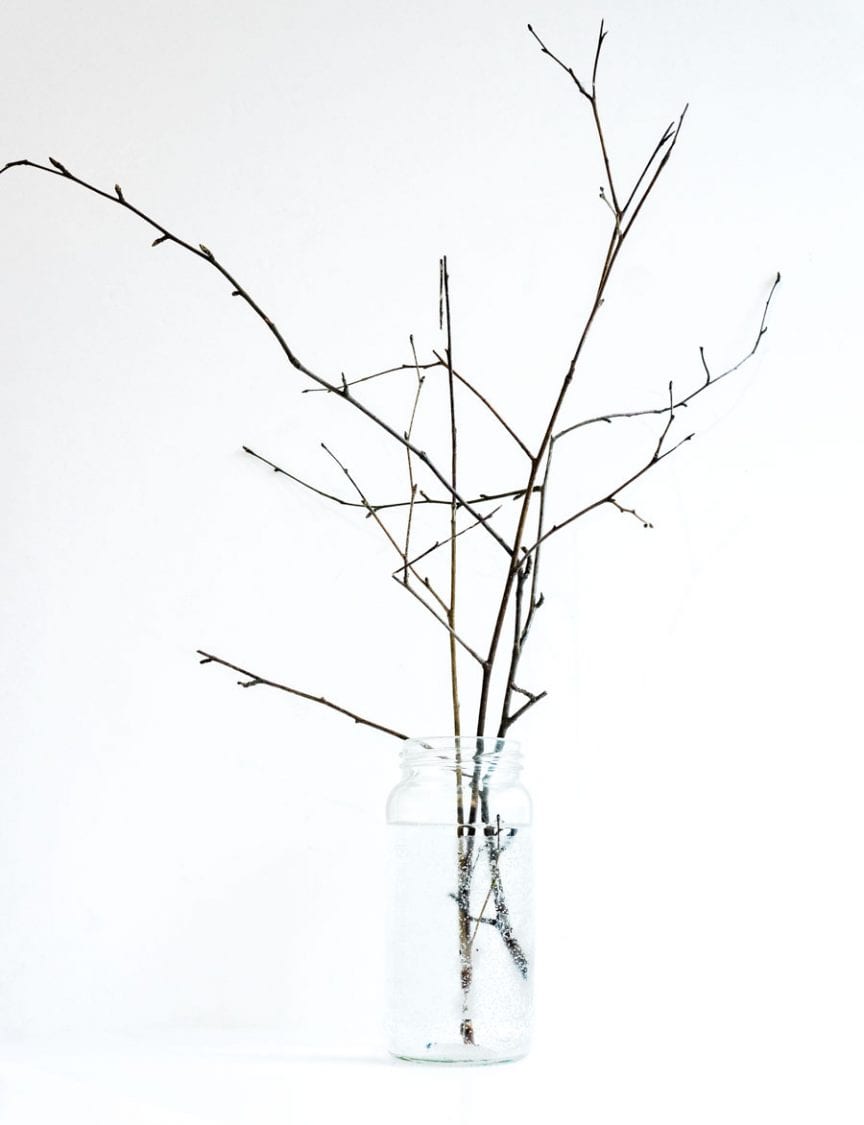 Almost a week later on February 26th it looked pretty much the same except the buds looked slightly swollen. Then huge excitement when we discovered tiny leaves bursting out of some of the buds on March 2nd.

By March 6th there were leaves growing out of more and more buds. 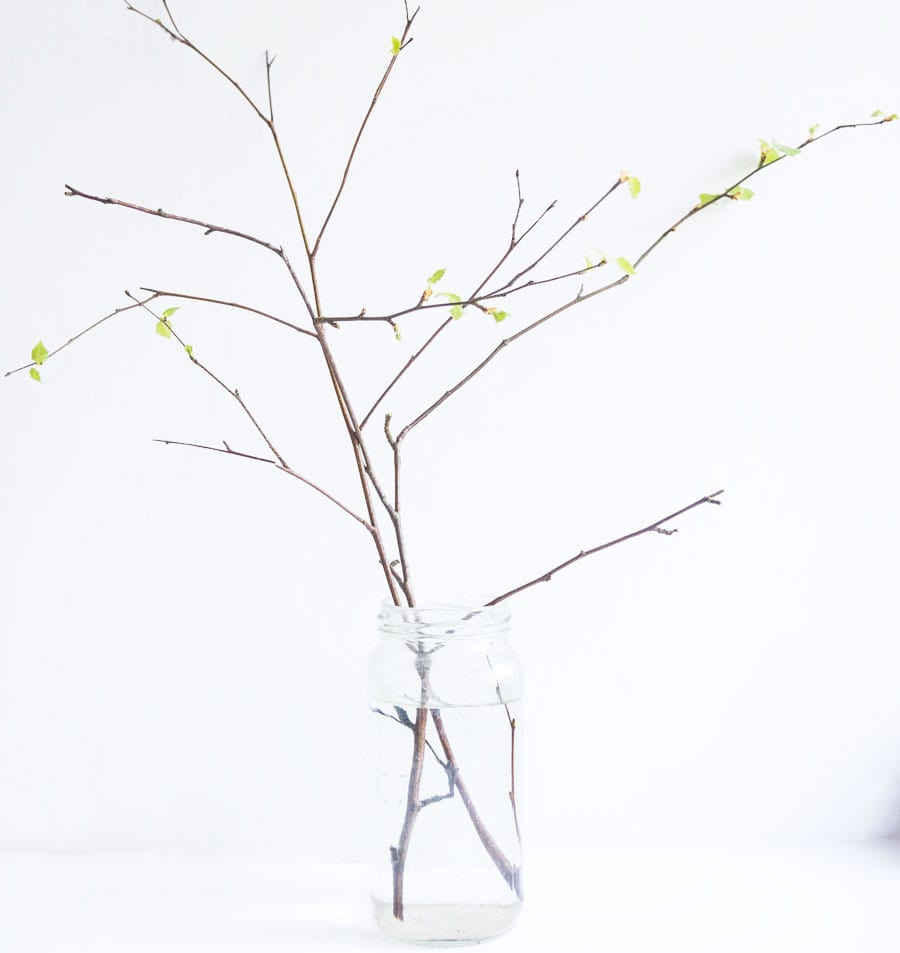 So in just over two weeks we watched a twig with buds become a twig with leaves! We had a tree growing in our kitchen!! 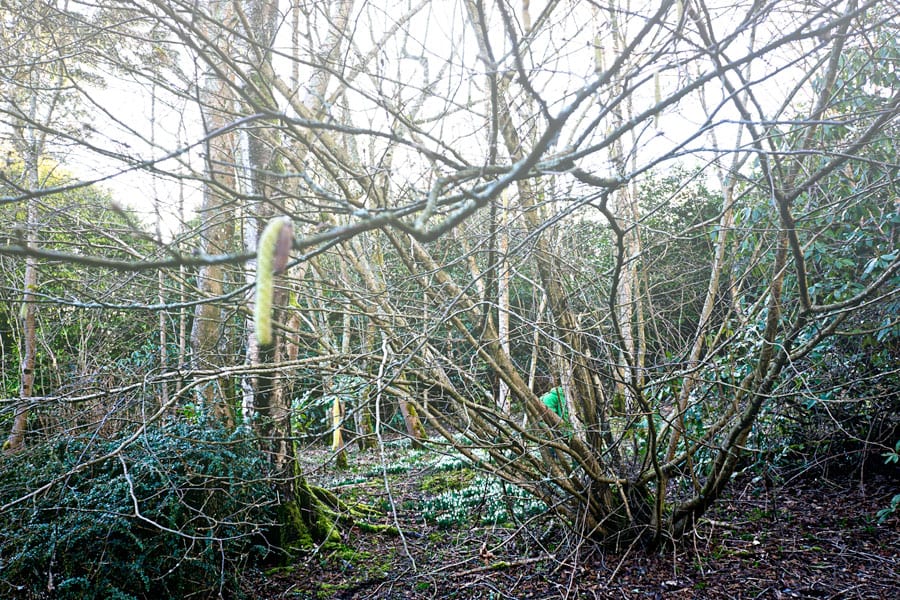 There’s a hazel tree growing at the entrance to the clearing known as Luce and Theo’s ‘secret place.’   (After we moved they built a new den in the woods near us which you can read about here)

Admittedly the hazel looks more like a shrub than a tree with all its spindly ‘trunks.’ We were able to identify it by the male catkins now growing on it.  Catkins appear as early as February way before the first leaves,

We then discovered that there was a tiny female flower with red styles peeking out of a bud as well as the hanging male catkins.

This is a boy and a girl! 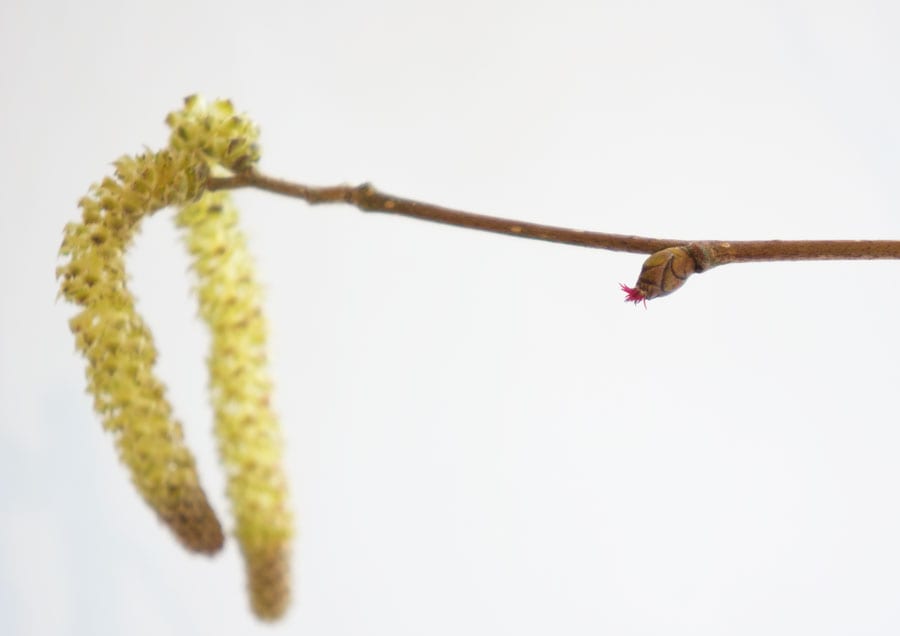 We’ve had this Hazel twig less than a week so haven’t noticed any change in it yet. Although I’ve also read that these red ‘styles’ remain tiny I’m still hoping for some more growth. (A positive attitude is always good!)

Since Luce and Theo helped rebuild and reposition the bird feeder platform right next to an ash tree (I think it’s a coppiced ash), the branches of the tree have become the social hub for wild birds taking turns eating at the feeders. Ash trees have distinct dark buds on their twigs. 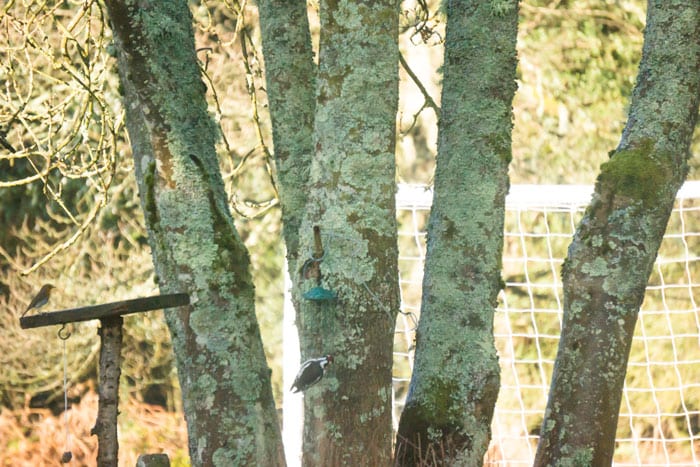 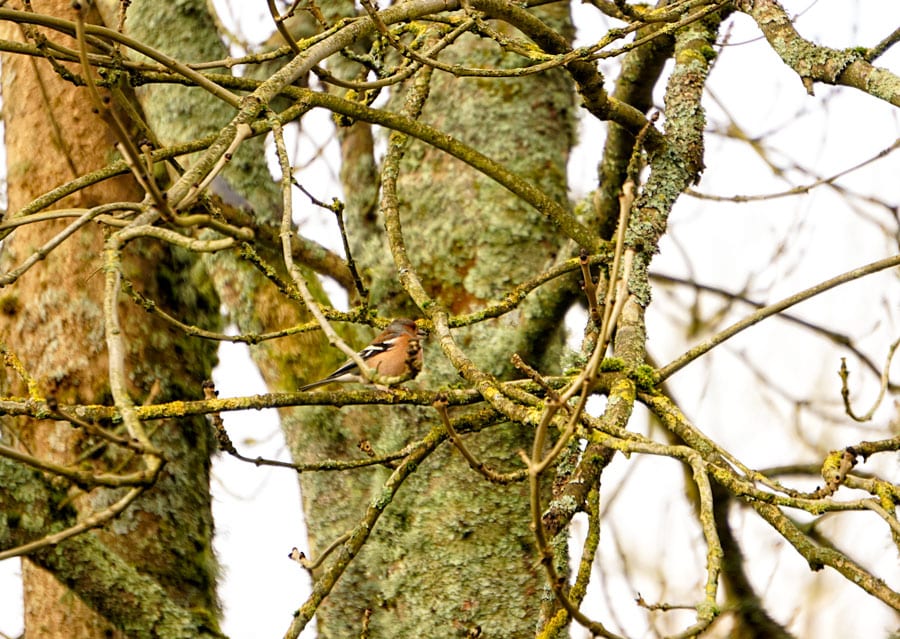 This week (March 2nd) we added a twig with buds from this tree. 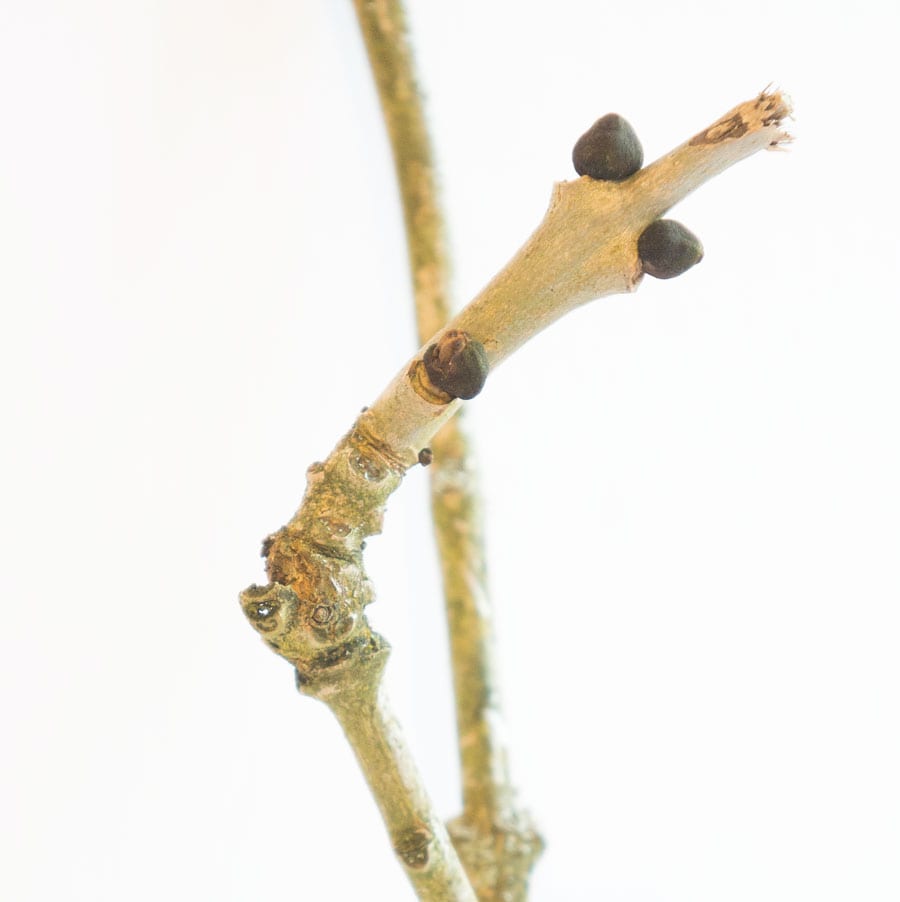 After a few days – March 6th – we noticed that some of the buds were breaking open. 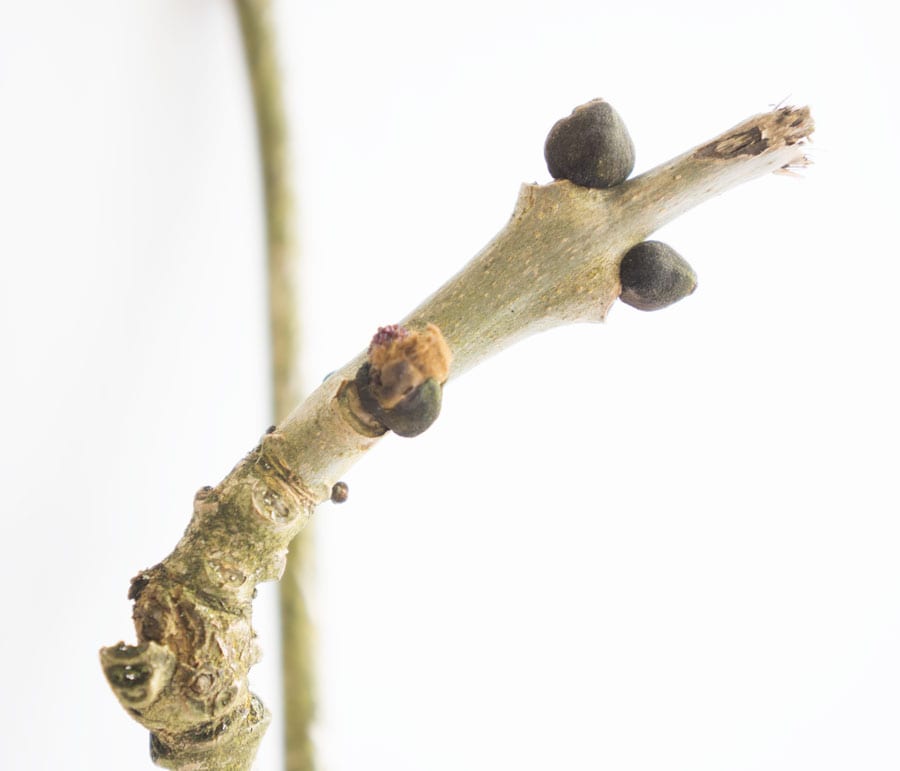 The buds are actually protected by scales on the twigs. Apparently you can work out how old a twig is by counting the bud scars on them. Personally I’m rather flabbergasted by these amazing tiny pieces of nature which help twigs and buds grow into enormous trees that can live decades or hundreds or even thousands of years.

We plan to continue watching the twig buds grow in the next couple of weeks so look out for a future update. Actually this is an amazingly simple way for anyone to watch a tree grow….indoors!