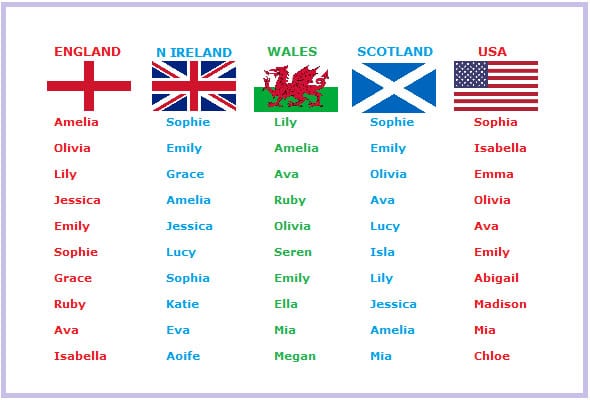 I was curious about the 10 most popular baby names for girls in the United Kingdom – England, Northern Ireland, Wales and Scotland – compared to the USA.

If you would like to see the most recent top ten lists comparing all five countries then I have annual updated versions:

These lists all include latest official releases of top baby names available at time of publishing. For example, 2014 results will not be available until late 2015.

These are all the latest official top ten names available.  England, Wales, and USA only have updates for 2011 while Scotland and Northern Ireland have released their 2012 top ten baby names.

In 1914 the most popular name for girls both in England and USA was Mary – quite contrary to nowadays when Mary didn’t even make the top 100 in England.

Mary still ranks as the number one baby girl name registered at birth in the USA over the last 100 years.

For more inspiration, have a look at the top 100 girls names in 2011 for England and Wales in the word cloud. 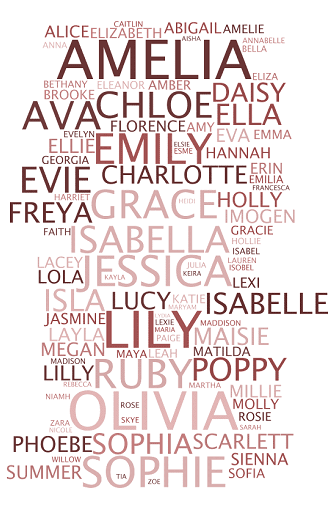 Do you know which are the best British strollers brands? Which ones are popular with the Royals or celebrities? Read here.